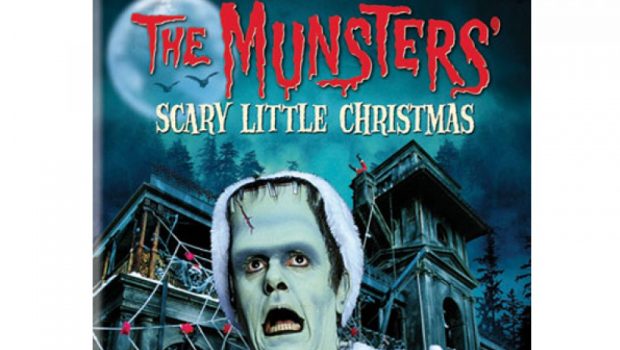 Summary: Not quite the live action equivalent of The Nightmare before Christmas.

Growing up there were a lot of choices of shows to watch… in some what of a Beatles or Rolling Stones sort of duality, there was The Addams Family or The Munsters (or like me you could just like both). The Munsters seemed the more goofy of the two, while Gomez was suave Herman was dopey (almost like a Homer Frankenstein). Much like The Addams family getting remade into movies for a new generation to watch… so too were The Munsters (albeit as it even says on the disc made for “TV Film”). Unfortunately I think some of the charm has been lost, as to whether it’s simply time taking it’s toll and nostalgia not being kind… perhaps I should put the evidence forward and you can decide for yourselves. 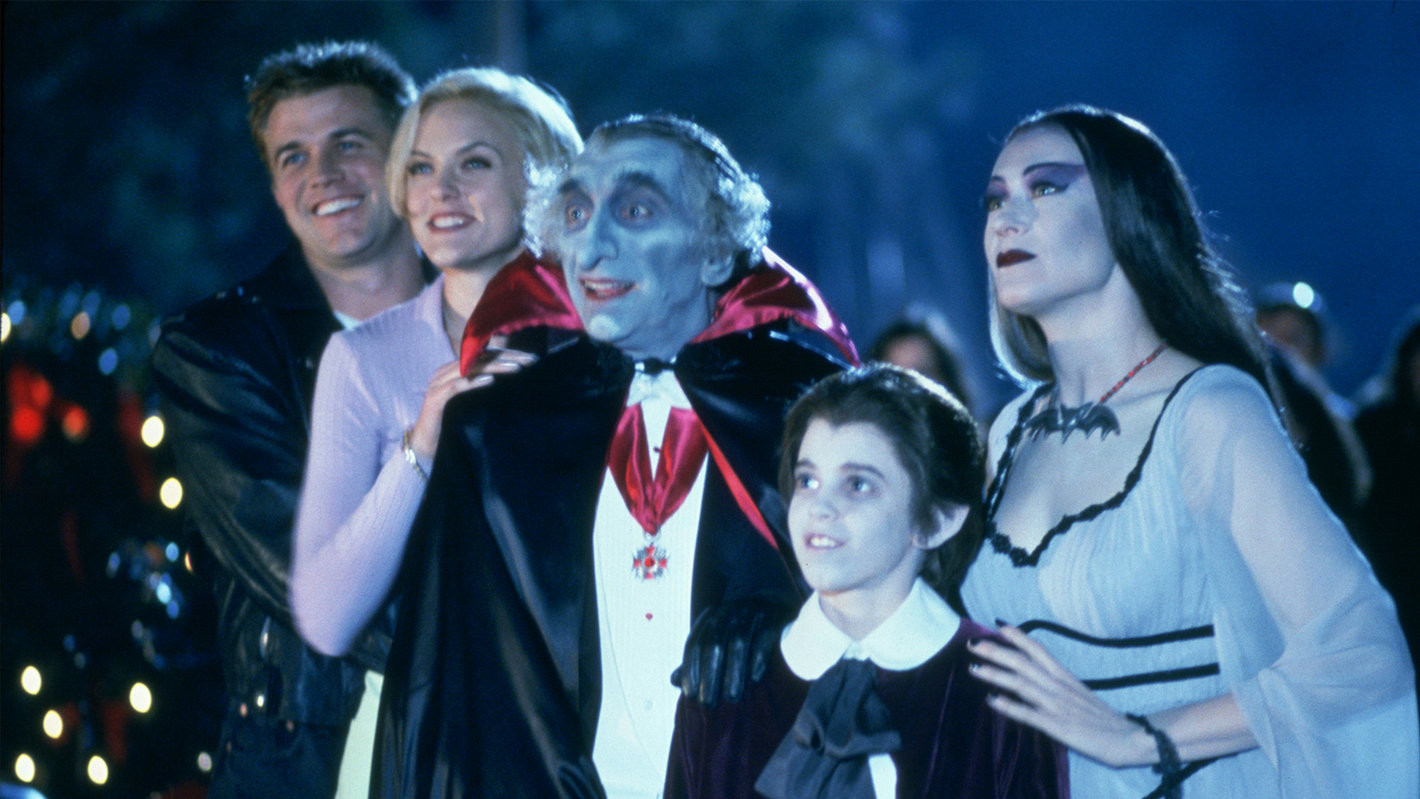 The story begins with The Munsters having recently moved to California and Eddie Munster feeling homesick for Transylvania. Determined to cheer him up and bring back the Christmas spirit the family get about their own little tasks to make it a Christmas to remember. Marilyn sets about posting invitations to the extended family (including Mummies and Gill-Man), Lily enters with Eddie in a home decorating contest, Grandpa attempts to make it snow and Herman tries to get extra work to pay for the playset that Eddie most wants for Christmas. It wouldn’t be a Christmas movie if Santa didn’t show up either… upon one of Grandpa’s endeavours going wrong he accidentally transports St Nick and two of his helpers who lend their own little influence on this Munsters Christmas. 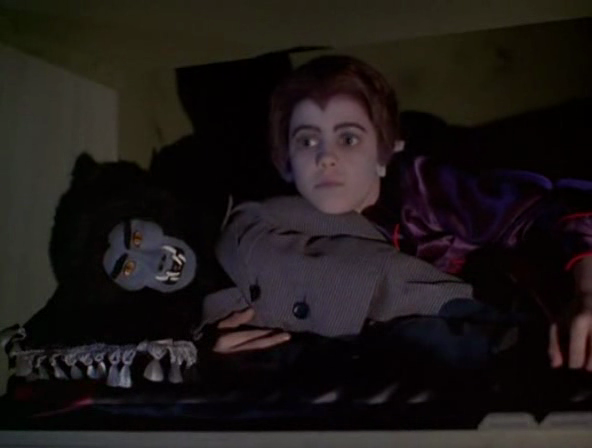 There are some things to like, Sam McMurray does an admirable job walking in the platform shoes of Herman and getting the gait of someone so big would be no simple task. Ann Magnuson as Lily captures all of the mannerisms (that I can remember at least). Bug Hall does a good job for someone so young effectively carrying a large focus for this film. Elain Hendrix plays more or less any Elaine Hendrix character you’ve seen her play before (which is not to say she isn’t good… more that she gets cast as the same type a lot). Then there is Sandy Baron… I couldn’t quite get past his overall look which just didn’t seem quite right to me… he was fine enough with his eccentricities but I miss the original Al Lewis. 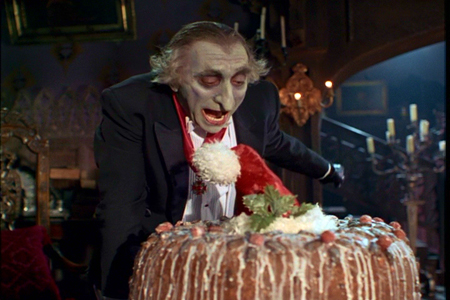 There are however quite a few things to not like. The overall quality of the film is lacking… not too surprising for a “TV Film” but disappointing none the less. One scene I was distracted by the natural flesh tone around Grandpa’s neck… presumably where the palid makeup had rubbed off on his collar. Not long after that Herman’s fingers suffered a similar fate. These are little things but given how noticeable they were it tends to break that fourth wall a touch. Spot’s eyes also looked like someone just went down to the closest craft store and picked up some basic children’s scrap booking items and put them together.

Now as much as this is listed as a “family” film… I would hesitate to agree… not so much for the “horror” aspect of some of the characters but rather for the behaviour of the Elves. I wasn’t so concerned about the whole “we’re tired of this, we need a break” attitude from the Elves, that’s been done before and it’s a reasonable “gag”. But their drooling over Marilyn and lusting over the idea of going to a mud wrestling match and generally behaving in a very sleazy manner completely broke the “family” mood of the film. 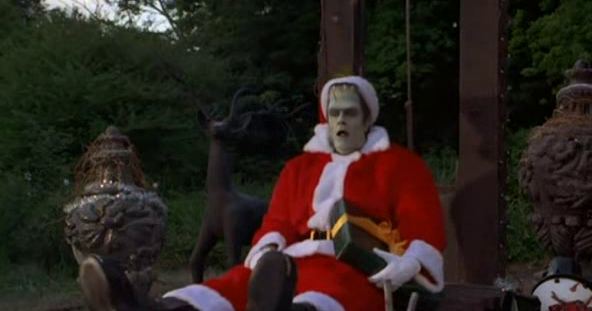 If you are going to grab this for nostalgia’s sake (if you can find it cheap it could be worth it)… there are some nice local touches. Apparently the house used for the Munsters home is Heathcote Hall in New South Wales. Kate Fisher also has a small part in the pub scene. Also (and I sometimes joke that any film with any tie to Australia must be contractually obliged in this manner) Bruce Spence appears… cast as Herman’s boss… given his height and overall facial structure I almost wonder why he wasn’t cast as Herman.

So perhaps not the best option for a trip down memory lane and arguably not the most appropriate film for the family at Christmas Time. If you can grab it on sale somewhere, maybe… but otherwise there are other options out there that are likely to appeal more.