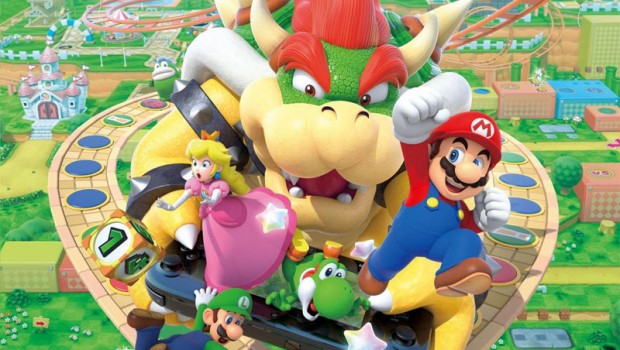 Turn the clock back fifteen years and Mario Party was the most durable multiplayer game of the Nintendo 64. It was the creator of many fun times and the destroyer of many friendships, like a family board game that blends in strategy and most obviously, pure luck. Ten home console games, three handheld games, and three arcade machines later, even though the Mario Party games have been average and repetitive from the beginning, the series is renowned for how quickly it gets people together on one couch and starts arguments just as fast. Mario Party 10 continues that legacy for a whole new generation, but veteran players might not adapt well to this new generation. 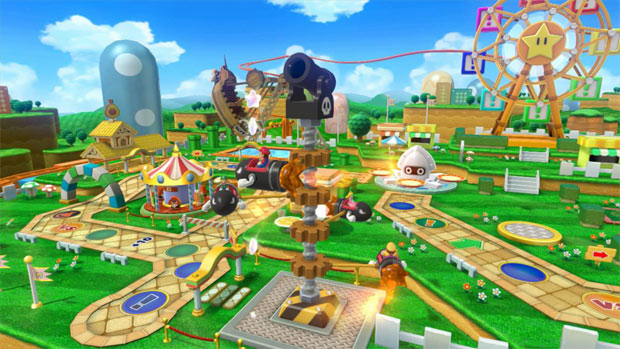 The game offers three modes of play, in addition to a small bunch of extra minigames. Our main feature of the game is based on a fractured “Mario Party” play style from Mario Party 9. All four characters on the board operate in a single vehicle, which adds new strategies but takes away some of the franchise’s original appeal. The game ends when you reach the Power Star, which is awarded to the person who collected the most ‘Mini Stars’ in minigames and along the game board. Due to this, the board layouts are strictly linear, with only brief forks in the road along the way. No longer can each player move about of their own accord, racing to see who can obtain a Power Star first, but it means that winning minigames is more important than ever. Your luck can change at the whim of the game, so often Mario Party 10 is a $70 round of ‘who can roll the dice best’. 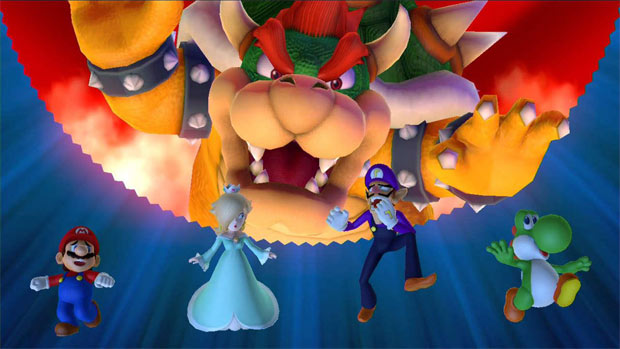 In lieu of the classic Mario Party play style, a similar mode is included, albeit locked until the activation of an amiibo figurine of a Mario character to the Wii U Game Pad. “amiibo Party” follows the general style of the classic Mario Party games but in a much more limited form. The forced use of Nintendo’s amiibo figurines feels shoehorned into the mode in the attempt to extort players from the content they already paid for. The amiibo functionality is completely unnecessary. They act as a storage system for tokens that function as an item would in any previous Mario Party game. Additionally, due to this, an amiibo’s limited save data will be restricted for use in Mario Party 10, or players will be left at a disadvantage without the ability to use tokens. The game means well by making you touch down an amiibo to the Game Pad to simulate a dice roll, but being able to simply press ‘A’ on the controller would have been much more convenient and time saving. 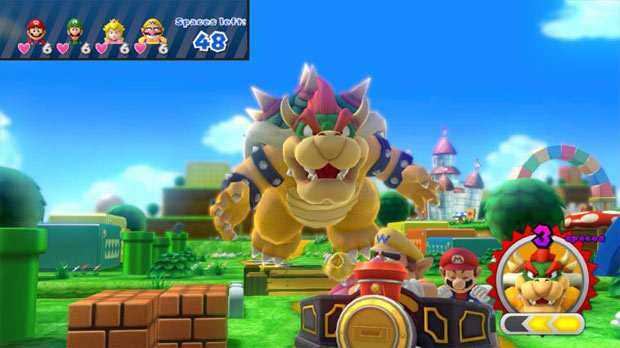 The mode that makes Mario Party 10 different from past instalments (well, more so) is the “Bowser Party” mode, which gives the person manning the Wii U Game Pad full control of Bowser, as a first for the series, while four other players work together. While the good guys’ objective is to simply reach the end of the board, Bowser’s job is to make sure they don’t. In order to do this, Bowser is one powerfully brutal character. By default, Bowser rolls four dice at once, potentially even more if luck’s on his side. If Bowser can catch up to the good guys a special minigame occurs that’ll pit Bowser against the rest of the pack as the good guys try to hold on to their life hearts to stay in the game. This mode of the game is surprisingly balanced. The good guys can easily get some distance from Bowser by using special dice blocks intelligently and strategically, while at other times Bowser can get the upper hand and end the game with achieve victory in a single turn. 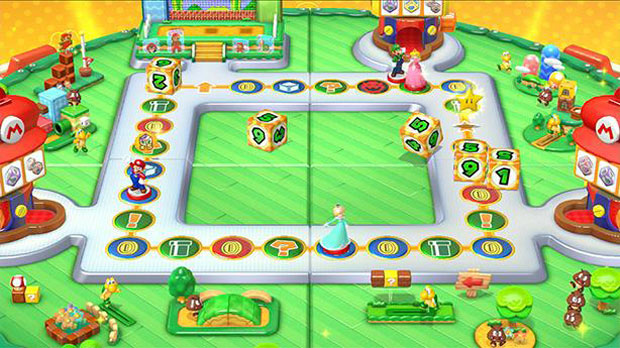 The game looks beautiful in the most ideal of times, but you’ll notice little things about it that make it inferior to other Wii U titles. Some pixelation here, a cheap animation there, but it can be overlooked when you consider the rest of the game’s appearance. Character models are polished, and the boards look fantastic and filled with life. The soundtrack is quite forgettable, but par for the course when it comes to Mario Party. 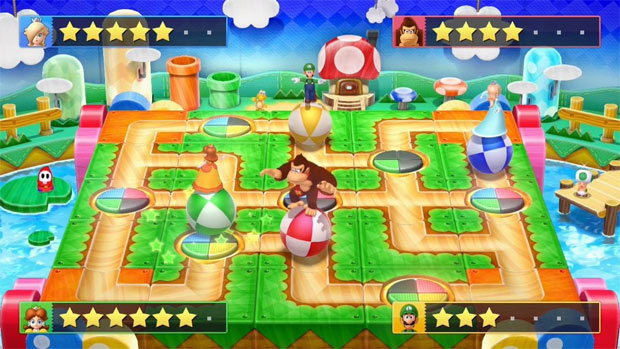 You’ll probably play Mario Party 10 more than you think you should. I’ve had a mixed relationship with the series, yet I’m still finding myself getting each new game, so whatever spark it is that makes the Mario Party games work- it’s definitely still present in Mario Party 10. But it’s also present in Mario Party 2, which you can still buy right now for a fraction of the price on the Wii Shop Channel via the Wii U’s backwards compatibility. It’s your call.