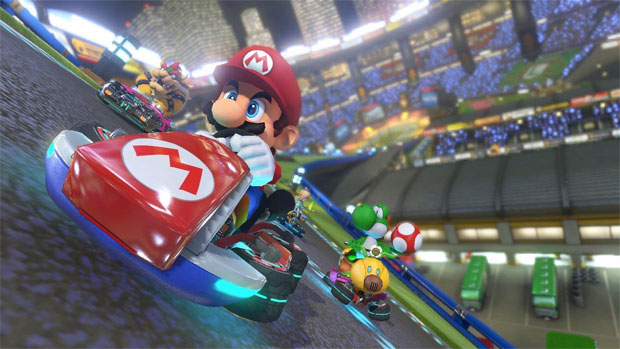 Summary: Mario and co. are back for another race through the Mushroom Kingdom

Mario Kart 8 is a return of one of Nintendo’s most beloved franchises, and is just as chaotic as ever. And the latest kart-racer with Mario and co. is one of the best reasons to own a Wii U. In the typical Mario Kart fashion, you can race as a bunch of characters from Nintendo’s biggest franchise in inventive and often physically impossible tracks. But don’t let the convention fool you – Mario Kart 8 is one of the best and most creative instalments yet. 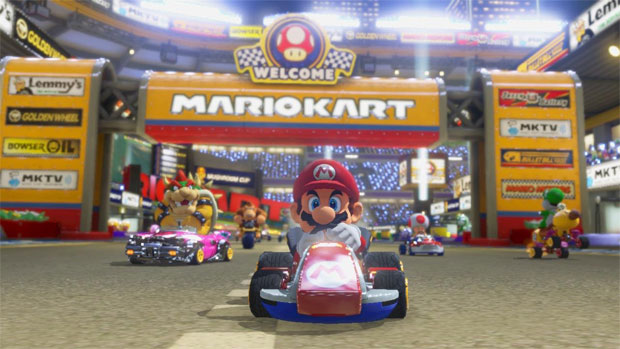 Firstly, the character roster has been expanded, with 30 characters to choose from including the Koopalings and your Mii, which is the largest amount of characters ever to feature in a Mario Kart game. But unfortunately some fan favourites like Diddy Kong and King Boo didn’t make the cut this time around. But bikes return from Mario Kart Wii, as well as the introduction of Quadbikes, so the vehicle variety is fairly expansive. 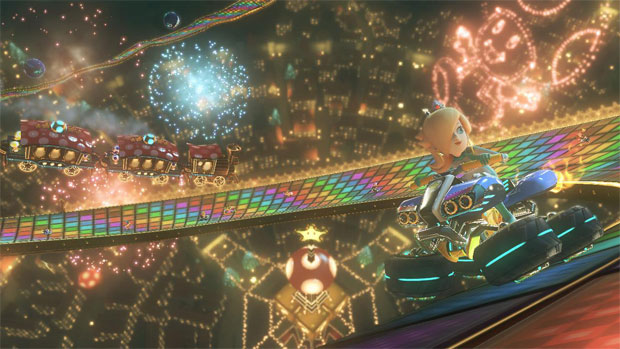 The game inherits many traits from its 3DS predecessor, Mario Kart 7. Vehicles are fully customizable with interchangeable body, wheel and glider parts. More parts can be unlocked by collecting coins found on the tracks. Gliding and underwater segments return from Mario Kart 7, as well as a new feature, anti-gravity segments. While the gliding and underwater segments mix up the gameplay, the anti-gravity doesn’t do much for gameplay other than to show off the Wii U’s fancy visuals. Curiously enough, in anti-gravity segments bumping into certain objects and other characters actually speeds up your vehicle which makes for some interesting tactics. 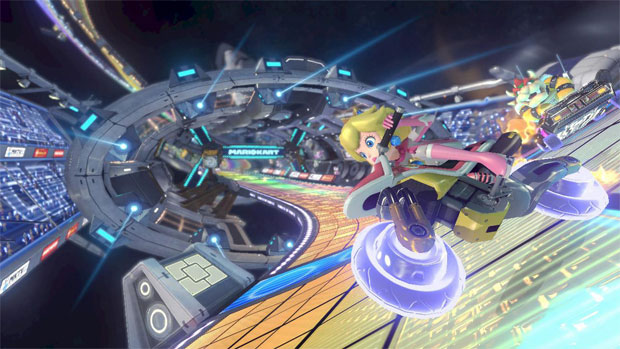 Mario Kart 8 mixes things up with a new item system. Players can now only hold one item at a time instead of two, but the game makes up for it by being more balanced. The dreaded items like the Lightning Bolt and the infamous Blue Spiny Shell are much rarer. There are several new items too,

like a Boomerang Flower which gives you three attempts at knocking out opponents, and a Piranha Plant that gobbles nearby racers. Unfortunately, players in first place are still at a disadvantage, as they can spend crucial lengths of time without a defensive item. It is common to receive a coin in the item reel in first place and it’s often completely useless as you can only collect a maximum of ten coins per race. 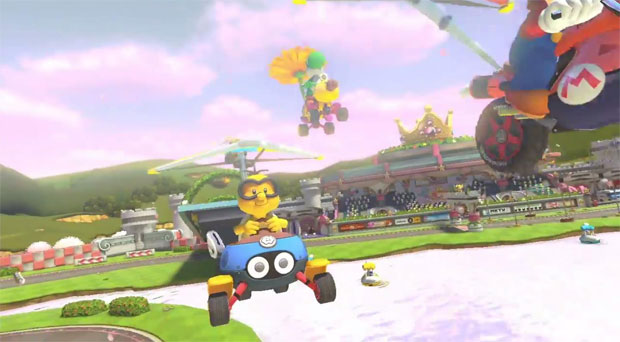 There are several modes to play in Mario Kart 8; there are the classic Grand Prix and Time Trial modes, but VS. Mode and Battle Mode return with a twist. VS. Mode matches are quite customizable, depending on Engine Class, CPU Difficulty, Track Selection, Items, Vehicles and the number of races. For the first time ever you can play Mario Kart with the option to remove items from play, in case you ever want to have a skill-based race. Battle Mode takes place on a selection of the tracks now instead of specially designed arenas, but it has just as many customization tools as VS. Mode. Unfortunately this new twist on Battle Mode lacks the same effect as the staple arenas. With a maximum time limit of 5 minutes per battle, it becomes difficult to find players on the tracks.

Another new feature in Mario Kart 8 is Mario Kart TV. This is a fun feature that allows you to view and edit footage of your races, letting you slow down, rewind, fast forward, focus on a particular character (or 4!) and on key moments of the race. If you have a YouTube account you can upload your replays for the rest of the world to see. As for playing online, there are a lot more limitations to online play this time around. However, online gameplay is just as smooth as offline play. 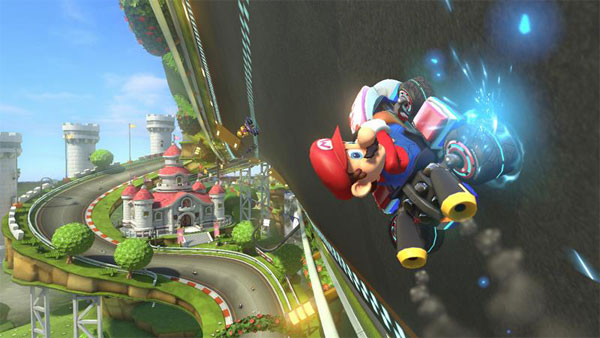 This has to be one of Nintendo’s best-looking games yet. The high definition visuals are very dynamic and a sight to behold. The attention to detail in each and every track is almost unbelievable. For the first time in a Mario Kart game, music is fully orchestrated and makes the environments feel thriving and alive. I recommend turning on the Off-TV play for the Game Pad, even if you’re using the TV screen because the surround sound is fantastic. 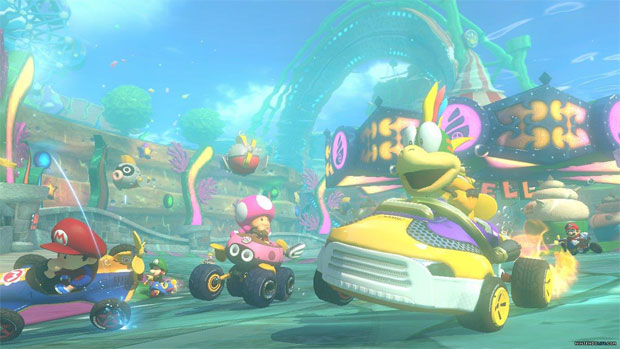 I have to admit that this is arguably the best game on Wii U. Mario Kart 8 brings all the frustrating fun and friendly chaos that has been expected from the series, but this iteration is much more refined and well-toned. The controls feel really great, no matter what configuration you use. If there is any reason to buy a Wii U, let Mario Kart 8 be it.