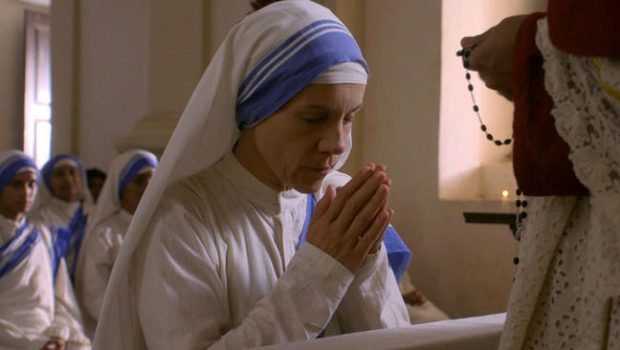 Universal Sony Pictures Home Entertainment is releasing Letters from Mother Teresa, available to own on DVD from September 1, 2016.
Celebrate Mother Teresa’s canonisation this week with her path to sainthood.
MOTHER TERESA, recipient of the Nobel Peace Prize, is considered one of the greatest humanitarians of modern times. Her selfless commitment changed hearts, lives and inspired millions throughout the world. THE LETTERS, is a captivating drama that explores the life of Mother Teresa through letters she wrote to her longtime friend and spiritual adviser, Father Celeste van Exem over a nearly 50 year period.
The story is told from the point of view of a Vatican priest charged with the task of investigating acts and events following her death. He recounts her life’s work, her political oppression, her religious zeal and her unbreakable spirit. As he recaps the letters over the last 50 years of her life, he reveals a troubled and vulnerable woman who grew to feel isolated and abandoned by God.
Watch the captivating and incredible life of Mother Teresa ahead of her canonisation on September 4. All this week, masses, prayer vigils and exhibitions will be some of the many events taking place in Rome to celebrate her canonisation. Letters from Mother Teresa is available to own on DVD, September 1, 2016.