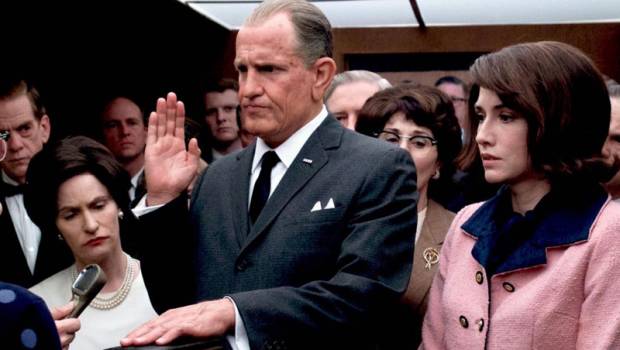 Summary: LBJ is a film with a solid lead and few good supporting actors. It's just too bad the movie focuses on the bland aspects of an interesting historical period.

It’s safe to say that the movies Rob Reiner directs aren’t made for anyone under the age of 35, and LBJ is no different. Sure it’s a nice little snapshot into a time in American history where things like presidents getting shot in the head and the civil rights movement were happening. Though there are far better movies that have covered the different perspectives of this historical period (Selma being a prime example) there are moments in this biopic that show some promise of a good movie. It’s just too bad this movie about an unpopular vice president who’s thrown into the highest seat of power during the country’s most unstable time for race relations could be so boring. Woody Harrelson puts in the hard yards as Lyndon B. Johnson (LBJ for short), the complicated Texan politician who would take over as president after John F. Kennedy’s assassination.

Reiner and screenplay writer Joey Hartstone attempt to squish in the massive life and times of LBJ into a 100-minute movie with way too many time-jumps (there’s three in the first 20 minutes) and a whole lot of facial prosthetics for Harrelson to bulge his neck and chin out as well as make his ears sprout twice their normal size. To the filmmakers’ credit they don’t attempt to paint Johnson with broad strokes and instead show his diversity, including being the charming bully of a politician he was known for (“Never underestimate the intensity of a martyr’s cause or the size of a Texan’s balls” is one of the more memorable quotes of this political snoozer).

But with keeping in line with this real life political figure’s complexities we also see Johnson as a wounded fighter caught in the middle of a political firestorm. “They don’t even like me” Johnson whimpers to his wife Lady Bird Johnson (the criminally underused Jennifer Jason Leigh). Leigh’s brief but impactful appearance in last year’s Good Time showcases more of her talents compared to her constant presence in this movie. 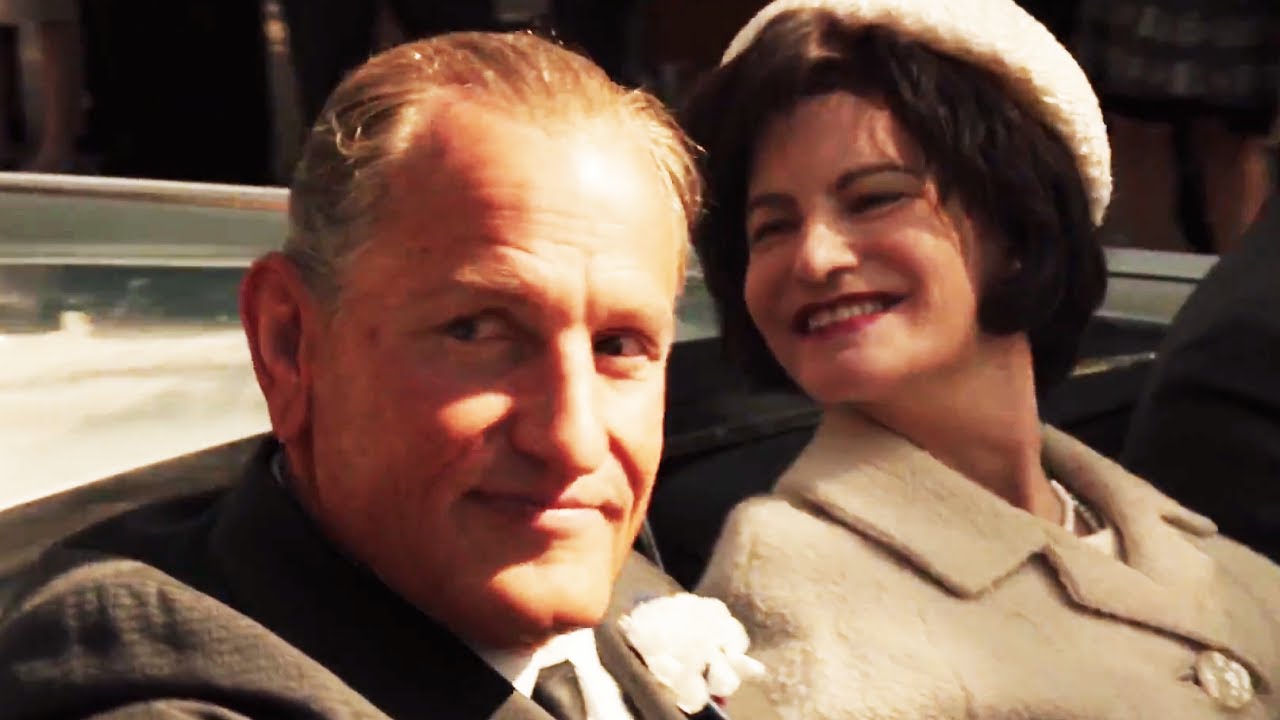 While this political drama could have be an interesting look into LBJ’s life as a jealous frenemy of JFK or the unwilling referee in America’s civil rights movement nothing comes up of interest. No matter how many times Reiner’s camera slowly pans towards Harrelson’s stoic face while sombre violins play in the background (this happens a lot) we just can’t connect with this character who’s life is under the scope. Important icons such as Martin Luther King’s inclusion into this story is whittled down to real-life news footage and discussions about him by old white men sitting in the oval office.

It’s this type of exclusion of critical figures that turns LBJ, a story that could have been a rich lesson in history, into a bland boiled potato. Much like other biographies, especially ones about politicians, this movie quickly trips over its own tropes. Jennifer Jason Leigh is completely wasted as the wife/mother hybrid type that most onscreen wives are subject to. If it couldn’t get anymore cringe, the movie reaches peak cliché when lady Bird snatches a tub of ice-cream out of Johnson’s hand and says “Honey you’re not suppose to have that!” while Johnson sulks after a hard day. Of course the spotlight couldn’t possibly focus too long on a woman during a movie set in the 1960s. We need to focus on these bland suit-and-tie men apparently.

Instead of a focus on talent like Leigh we get Jeffrey Donovan’s lacklustre performance as JFK which comes off more like Mayor Quimby from The Simpsons and less like a portrayal of one of the most charismatic world leaders. Other tropes include lazy attempts at capturing the zeitgeist of the time with an over indulgence of newspaper headlines being pushed in our faces and the casual overuse of famous quotes.

Despite it’s own safe filmmaking choices, LBJ does have some highlights, particularly in the setting of strategy meetings. Watching the days of politicians drinking their way through conferences is somewhat note worthy but what’s especially interesting about this movie is LBJ’s crass ways of communicating his ideas to his peers. “Sometimes you think the lord is giving you lemons when in fact he’s giving you big beautiful titties” will go down as one of Harrelson’s most quotable pieces of dialogue.

Not to mention watching him conduct political meetings while sitting on the porcelain throne might be the highlight of this movie, which really isn’t saying much. Though the film doesn’t boast the strongest casting choices, Harrelson, Leigh and the smart inclusion of Richard Jenkins as the typical racist factor in this story, everyone tries their best to carry this narrative to where it needs to be. It’s too bad the movie couldn’t give the African-American perspective of this politically unstable time.

Do we really need to know about Johnson’s frictions with Bobby Kennedy instead of what America’s black population was going through? Reiner does try to make this movie sympathetic to black America but the movie is a victim of its own doing by only including black characters as the help. Maybe this was an attempt to make a movie that’s completely from the view of one character? Or maybe it was a major oversight that cost this movie its integrity.

Going passed the moviemaker’s mistakes and dull moments there are a few interesting highlights. Harrelson delivering inspiring monologues about equal rights showcases the actor’s abilities but proves this story isn’t as captivating as it wants to be. LBJ tries to be one part House of Cards with its pages of dialogue being full of political jargon that just isn’t engaging enough to make these endless scenes bearable but instead comes off as a good point of the movie to duck out to the toilet.

By the end of this movie, feelings of inspiration and hope are put forward but it’s a cheesy sentiment that’s easy to ignore in this current climate of politics. Witnessing Johnson’s political struggles comes off as the temper tantrum of a toddler instead of a story about power and responsibility. LBJ is most certainly carried by the talents of Harrelson who’s acting is as solid as ever. It’s just a shame the movie couldn’t live up to its historical intrigue.