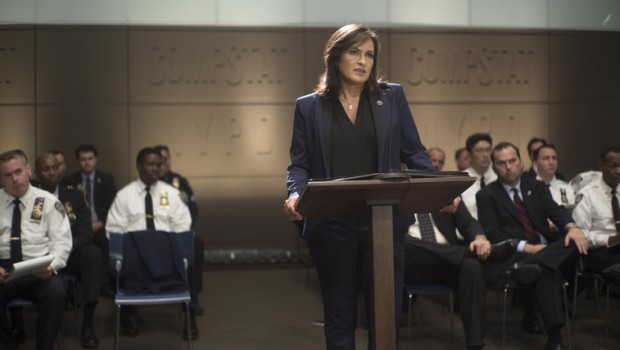 Now in charge of the elite group of NYPD detectives at SVU, Sgt. Olivia Benson (Hargitay) finds herself juggling work and motherhood when she becomes baby Noah’s foster mother after his mother is tragically killed. Meanwhile, Detective Amaro (Pino) is put in an uncomfortable situation after his estranged father is accused of hitting his bride the night before their wedding. Sgt. Benson and ADA Barba (Esparza) make it their mission to take down Johnny D (Charles Halford, Constantine, True Detective) for sex trafficking, rape, assault and kidnapping in an intense courtroom battle that could change the lives of Sgt. Benson and the whole team.

Featuring a combination of thrilling storylines, complex cases and a riveting mix of drama and justice, each episode is inspired by true stories. Featuring unmissable crossover events from the high-octane series Chicago Fire and Chicago PD.