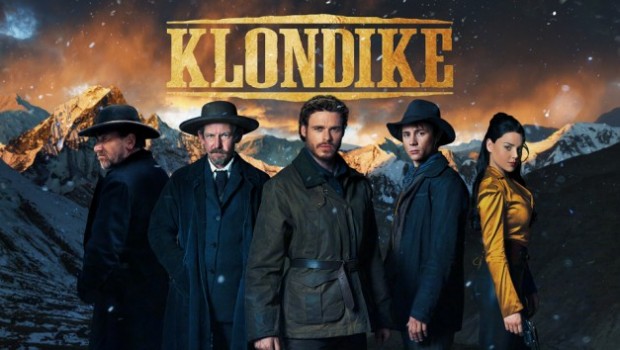 Summary: Klondike isn’t perfect, and some of its flaws can be particularly glaring at times, but for the most part The Discovery Channel’s foray into the scripted medium is a successful one, and one that I hope yields more similar offerings in the future.

The first scripted production to come from The Discovery Channel, Klondike comes with a fairly illustrious pedigree, with Ridley Scott and David Zucker on board as executive producers and a solid cast featuring Tim Roth, Abbie Cornish and Game of Thrones alumni Richard Madden. But does this six-part miniseries have what it takes to lead the vanguard into a new realm of big budget programming for The Discovery Channel, or does it falter when held up against its contemporaries on more established networks? 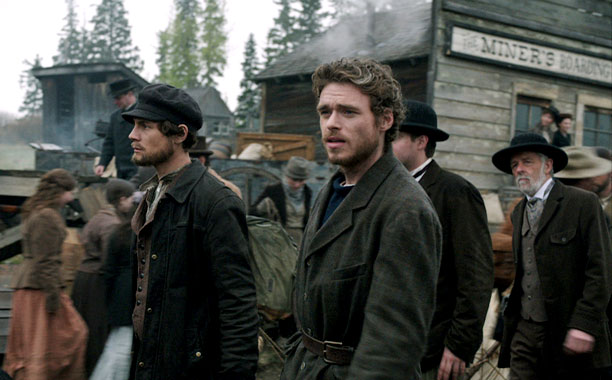 Richard Madden, best known for his portrayal of Robb Stark in the aforementioned Game of Thrones, heads up the cast as protagonist Bill Haskell, fresh out of college and with his eye on taking advantage of the Canadian Gold Rush of the 1890s.

Accompanied on his journey to the Yukon by his companion Buddy Epstein (Augustus Prew), the pair must first endure the elements on their arduous journey through the snowy and untamed wilderness until they finally reach the gold mining encampment of Dawson City.

However, the township poses just as much, if not more, threat to the wellbeing of Haskell and Epstein as the environment, with the adventurous pair quickly finding that their pursuit of riches takes second place to staying alive in the violent and austere landscape filled with all manner of unscrupulous sorts.

Living in the frontier town of Dawson City is a daily struggle for survival, with greed, deception, disease and murder common threats and, as events transpire, Haskell soon finds himself torn between his desire for revenge and the quest for justice. Most prominent of Haskell’s adversaries is the villainous property developer The Count (Tim Roth), who is embroiled in a land dispute with Belinda Mulroony (Abbie Cornish), a feisty and entrepreneurial mill owner and hotelier who quickly becomes a confidant for Haskell, and although allies are few and far between Haskell soon finds some trustworthy folk in a fellow prospector played by Tim Blake Nelson (O Brother, Where Art Thou?) and a preacher (Sam Shepard) trying to bring religion to the decadent townsfolk. 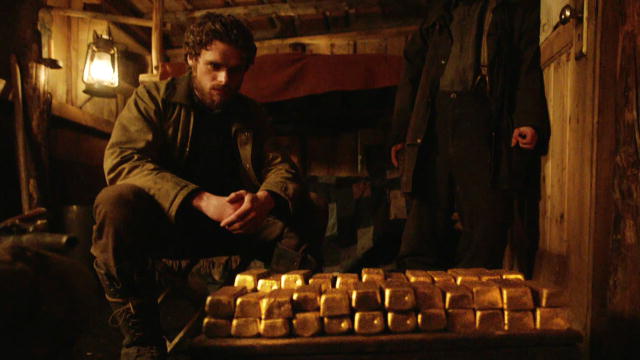 Director Simon Cellan Jones (Boardwalk Empire, Treme) directs the series competently, handling the brisk pace of the narrative with a deft hand, although one can’t help but lament that Klondike doesn’t spend more time on the treacherous journey to Dawson City in order to fully capture the scope of what it meant to undertake such a task. The production values are impeccable, accurately conveying the grime and filth synonymous with gold mining in the 1890s and the well worn aesthetic of frontier life. There are a few phrases in the script that come off as slightly anachronistic but for the most part Klondike is rich in authentic historical detail.

The cast carry their roles admirably, with a tangible simmering chemistry between Cornish and Madden that rings true. The performances complement the superb set design and wardrobe and really sell the reality of the setting, with Tim Blake Nelson in particular inhabiting the role of a world weary prospector. The only perceived weak link in the chain surprisingly comes from Tim Roth, who, whilst effectively painting The Count as a credible antagonist, occasionally comes off a little too close to a pantomime- like, moustache-twirling parody of villainy – You almost expect him to tie Cornish’s heroine to the train tracks whilst cackling maniacally. 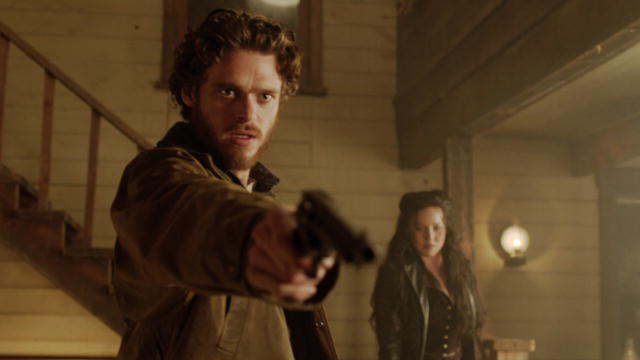 Each episode presents a series of plot threads that’ll compel you to keep watching, but it must be said that the show doesn’t hold you as enthralled as other similar series’ and some of the themes are too overtly cliché to really make Klondike stand out from the pack. There are some intriguing moments that explore the treatment and perception of women and indigenous people during the gold rush era but unfortunately there’s not as much screen time dedicated to these potentially volatile period politics as this reviewer would have liked.

The cinematography is stupendously handled, with the awe-inspiring scope of the landscape perfectly captured on the screen and unparalleled stunning vistas that really capture the exquisite beauty of the rugged environment, all presented on this release by eOne’s brilliant transfer; even on DVD Klondike is an astoundingly beautiful and detailed viewing experience.

There are no signs of any flaws in the image such as over compression, aliasing or banding, making this a top of the range visual experience. Sound wise the disc holds up relatively well, with the mastering being competently handled, although there were a few moments in the mix where the score would overwhelm the dialogue; however these instances were few and far between and overall Klondike boasts an almost impeccable transfer. 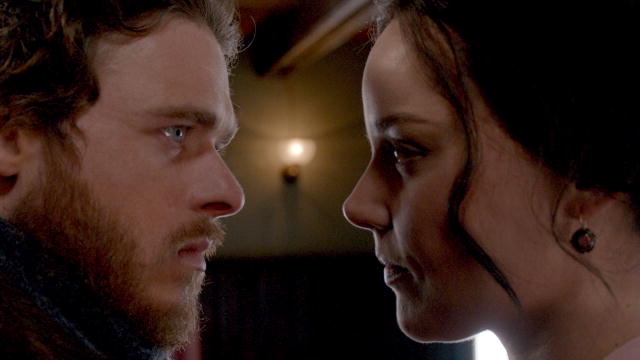 There’s only one supplemental feature included on this two-disc set, a brief featurette that takes a look at the production process of making Klondike, covering the inception of the mini-series and its roots in factual history. Featuring interviews with Ridley Scott and other members of the production crew and the cast, a fair bit of information is conveyed to the viewer throughout its scant running time but, ultimately, it comes off as feeling a little rushed and generic. Nonetheless, it’s a welcome addition to the release. 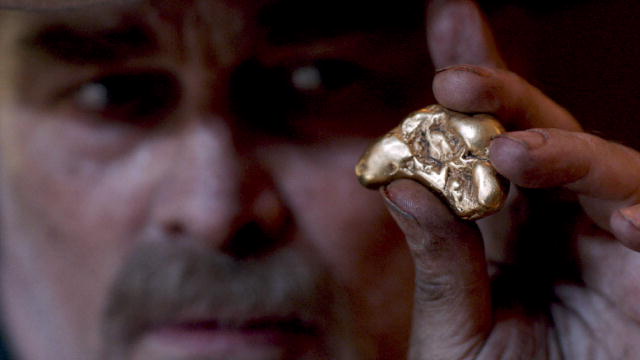 Let’s be honest: Klondike won’t be for everyone. The Western genre has fallen out of favour over recent years, with only a handful of films and shows like Deadwood and Hell on Wheels attempting to carry the torch, and this depiction of the gold rush era falls firmly into the realm of an esoteric genre that doesn’t quite have the same pull on audiences that it once did.

However, for those inclined to give Klondike a chance, there’s a rather enjoyable and fairly engaging experience to be had here; the –slow burn of the narrative and the depiction of the lawlessness of frontier life makes for an incredibly interesting tale, even more so when one realises that it’s rooted in fact, albeit with some artistic license.

Klondike isn’t perfect, and some of its flaws can be particularly glaring at times, but for the most part The Discovery Channel’s foray into the scripted medium is a successful one, and one that I hope yields more similar offerings in the future. 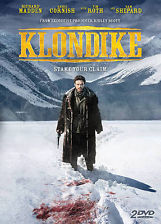