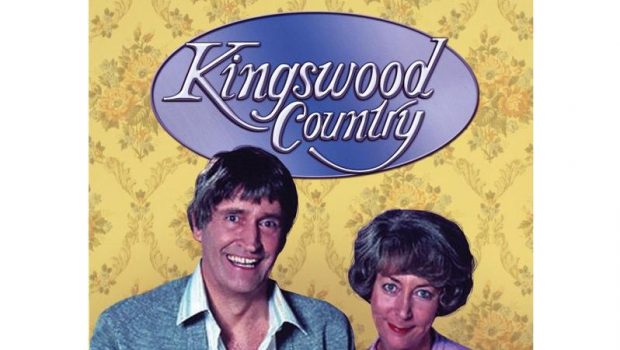 Summary: The classic 1980s series featuring the misadventures of Ted Bullpit (Ross Higgins) finally makes it to DVD. Not really PC these days but good for the older people you know who like comedy.

The classic 1980s series featuring the misadventures of Ted Bullpit (Ross Higgins) finally makes it to DVD. The show is mainly a set up for jokes with some sketch comedy thrown in in the form of adlibs by the actors to go along with the script and some fluffs left in the final cut as they were the funniest take.

Whoopi Goldberg can explain some of the inclusion of some of the material better than I can:

This show was written in the 1970s so a lot of the things they talk about would not be mentioned the same way today. Ted reminds me of a neighbour we used to have down the street growing up, even down to the way he dresses.

I can remember watching this show when it was first on and it was funny then and still funny now. As the series goes on to new seasons more famous guest stars start to appear in the form of Grahame Kennedy and others for cameos.

The show was written by one of Australia’s best comedy writers who was also responsible for Hey Dad! The material does hold up when it is not referencing things not of the time period.

Ross Higgins is still best known for this role, but he also was the voice of Louie the Fly for Mortein for many years.

Judi Farr as Thelma plays the “I’m not as silly as I look” role to a T. She may look all ditzy but always knows exactly what is going on and has some of the best lines.

Not sure how Lex Marinos feels about his role as Bruno these days, he plays the Australian born son of Italian migrants which would be familiar to a lot of people at the time but less so now when they are now second or third generation. This was before things like Fat Pizza or Acropolis Now popularised the ethnic comedy genre.

The show is at its best when you can see the actors deliberately trying to one-up each other to make each other laugh as many times as possible. They stopped even hiding this fact at some points during the show as it makes it funnier, such as the part with Bruno stomping over Ted’s shirt while holding the iron and Laurel McGowan (Greta) is hitting her head on the table from laughing.

Despite the number of times it is mentioned, we never actually see the Kingswood or the greyhounds.

Was a bit annoying how the episodes on the DVDs are distributed. I would prefer having all the episodes from different series on separate discs, they have split them oddly here. Hardly any special features given how popular the show was. Seems more like something they put out to see how it would go.

I would recommend this release for the older generation who don’t like a lot of the newer comedies or want something with a broader appeal. If you are easily offended by some of the jokes I would pass on it as it is not for you.