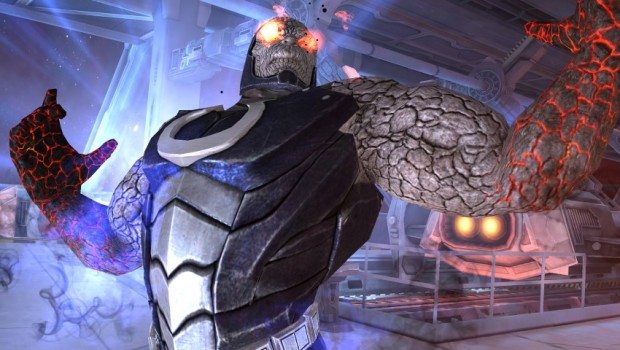 Injustice: Gods Among Us Debuts Darkseid Character Exclusively for the Mobile Game 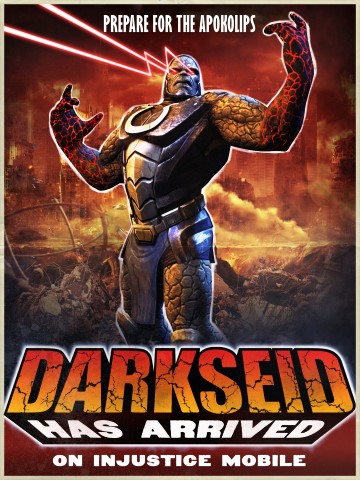 Warner Bros. Interactive Entertainment and DC Entertainment today announced that Darkseid, the diabolical DC Comics character, has joined the Injustice: Gods Among Us roster exclusively for the mobile game.  The game has amassed two billion play sessions since launch and has a player rating of 4.5 out of 5 stars in the App Store.

To celebrate the introduction of Darkseid to Injustice: Gods Among Us, a special challenge event will take place from March 7th – 25th, giving players the chance to compete in a time-sensitive series of battles that, once completed, rewards them with an exclusive Gold Character Card.

Developed for iPad, iPhone and iPod touch by award-winning NetherRealm Studios, and brought to Android by Virtuous, Injustice: Gods Among Us is a free-to-play game that features a collectible card mechanic and engages players in 3-on-3 tag team combat that pits many of DC Comics’ most popular icons such as Batman, Superman, The Flash, Wonder Woman, Green Arrow, Aquaman and more against one another.  Fans who also own the PlayStation®3 computer entertainment system and Xbox 360® games and entertainment system versions will be able to unlock content in the console versions that is available in the mobile game, and vice versa, by registering for a Warner Bros. ID (WBID) account and playing the game.