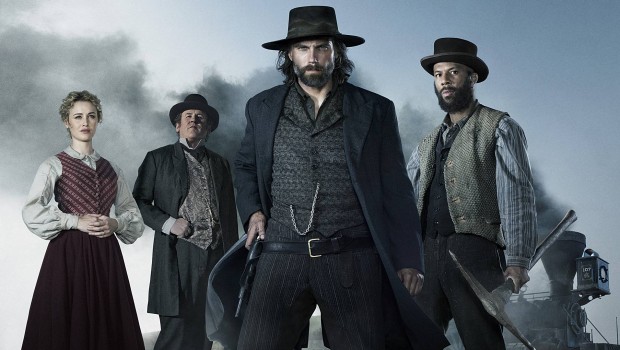 Summary: There are some rough patches here and there and, like the recent Klondike, the subject matter won’t be for everyone but for those inclined, Hell on Wheels will more than fulfil your desire for fast paced shootouts and squalid frontier life.

Although best known for their flagship shows like Breaking Bad, Mad Men and The Walking Dead, AMC also features a few lesser known programs that may well be worth your time, chief among them being the underrated Hell on Wheels – The little engine that could. Although often overlooked, the fact remains that Hell on Wheels still manages to draw in decent ratings, with the series gaining an average of 2.4 million viewers during its second series, numbers that the critically lauded Breaking Bad didn’t manage to garner until its fifth and final season. 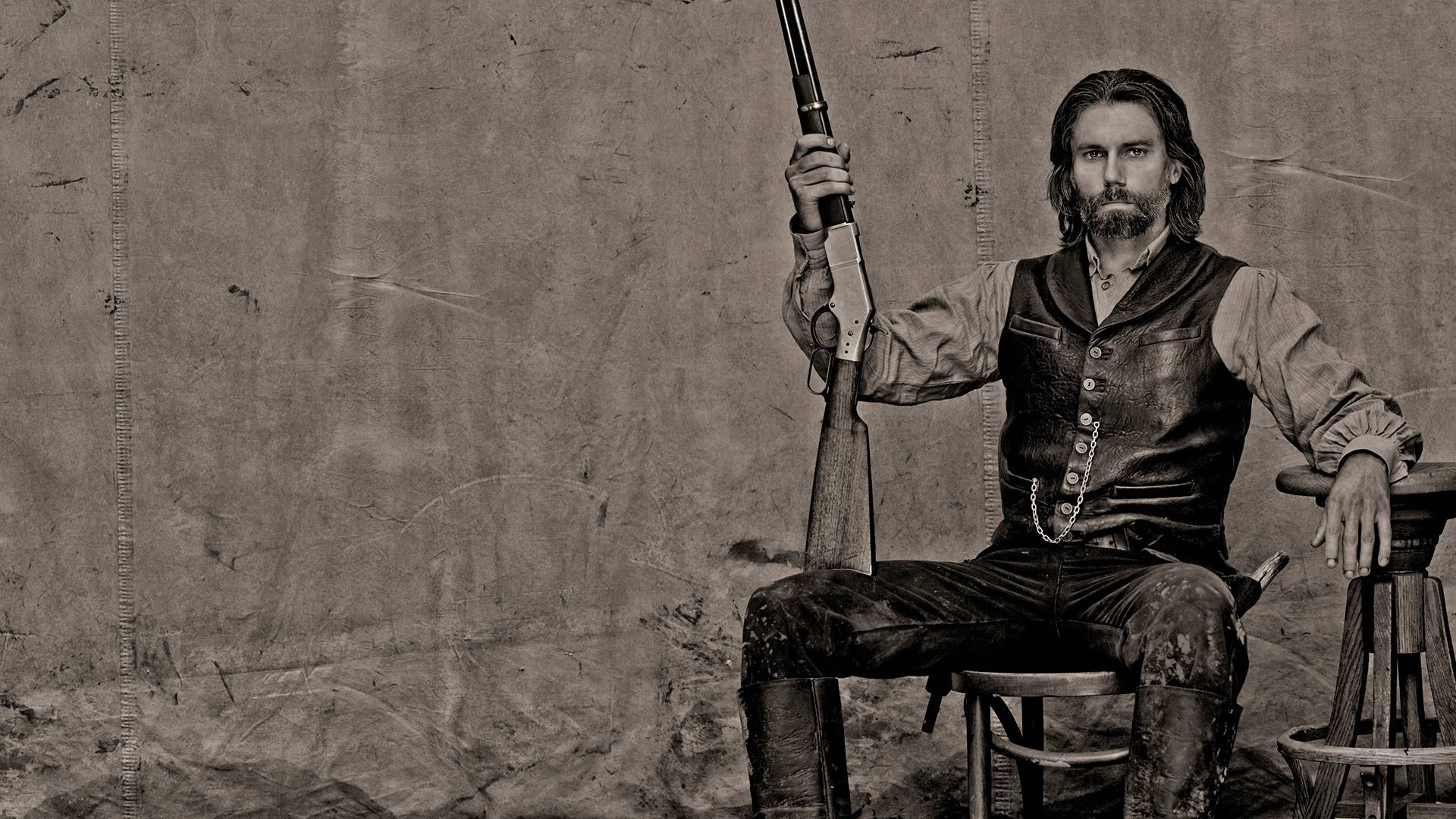 The series is rather esoteric in that it is the only western influenced long running series currently on air, a genre that’s not exactly in favour among the general viewing populace. The title is derived from the mobile encampment inhabited by Union Pacific workers as they work on building the first transcontinental railroad, a sordid and grimy place where lawlessness is king.

The series focuses on the exploits of Cullen Bohannon (Anson Mount), a former confederate soldier who spent much of the first season hunting down the Union soldiers who raped and murdered his wife and child. This season sees the revenge aspect of the plot dialled down somewhat, opening with Cullen struggling to survive amongst the burnt remnants of the railroad camp during a harsh winter. 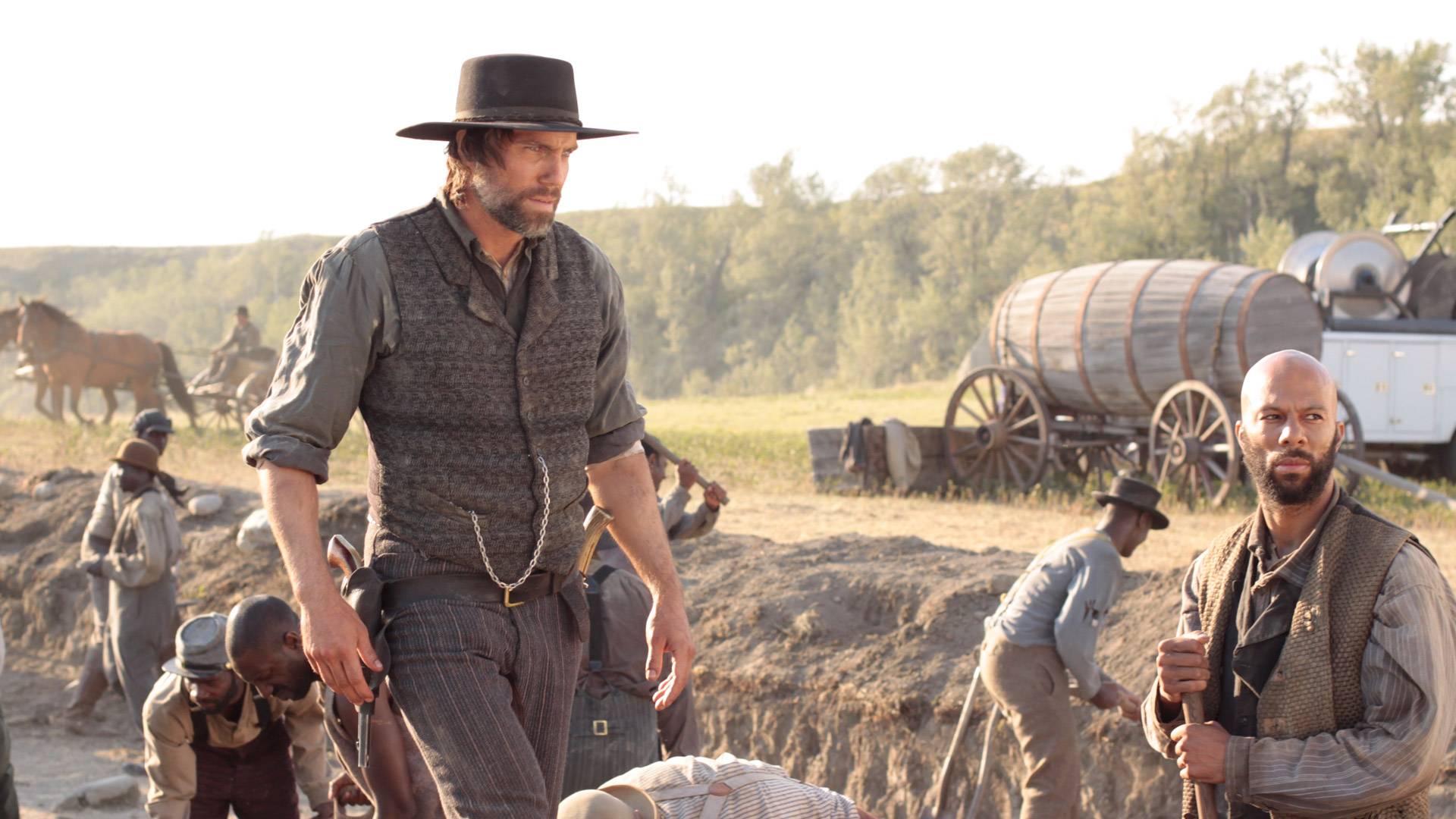 Making his way back to civilisation after barely surviving a vicious wolf attack, Cullen reunites with his companion Elam Ferguson (Common), a freed slave and diligent railroad worker, and journeys to New York in order to try and regain control of the construction of the railroad. Series antagonist Thomas “Doc” Durant (Colm Meaney) starts this season imprisoned for cooking the books for Union pacific, leaving the door open for Cullen to oversee the ongoing production; of course, prison walls can’t hold Durant for long and he soon is back on the streets and gathering resources to try and form a construction company that will serve as a competitor to Union Pacific.

Throughout the season Cullen finds himself butting heads with a stubborn Mormon family determined to prevent the railroad from encroaching upon their property, with tragic results, a visit to Hell on Wheels by the brother of Tattooed ex-prostitute Eva (Robin McLeavy)’s dead husband, a vicious game of stickball with an Indian tribe where the stakes become life or death and the kidnapping of the child Eva and Elam are raising together and much more.

Like many revisionist westerns, Hell on Wheels plays fast and loose with its central concept, with a lot of shoot outs and grim depictions of life in the new frontier. Many of the genre’s classic tropes are in full effect here, with marauding Indians, emotionally numb but ultimately decent gunfighters, hookers with a heart of gold and preachers bringing the word of god to folks who’d much rather drink Whiskey and cavort with whores between firing off rounds; the entire construction of the railroad is an arduous task compounded by frequent death, the outbreak of disease, exploitation, violence and greed.

The cast do a great job for the most part, with Common probably being the weakest link despite the authenticity of his often acrimonious but respectful relationship with Cullen. Some of the characters are extraneous to the central story though, with the biggest offender being New York journalist Louise Ellison, out of her depth amongst the ruffians of Hell on Wheels and seemingly only present in order to provide swatches of exposition. 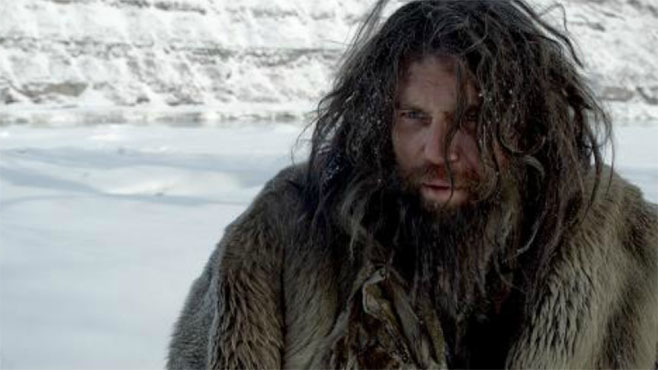 It must be said that Hell on Wheels does pale in comparison when held up against AMC’s big guns; although the set design and wardrobe does an excellent job at capturing the era, on occasion the storylines aren’t as tightly scripted as they could be and the series just lacks that gripping quality that made its contemporaries such riveting viewing. Nonetheless, the series does make for relatively engaging viewing despite feeling a tad meandering, with the writers capturing the morally ambiguous qualities of the characters and the trials and tribulations of introducing a new age of prosperity to a fledgling country. 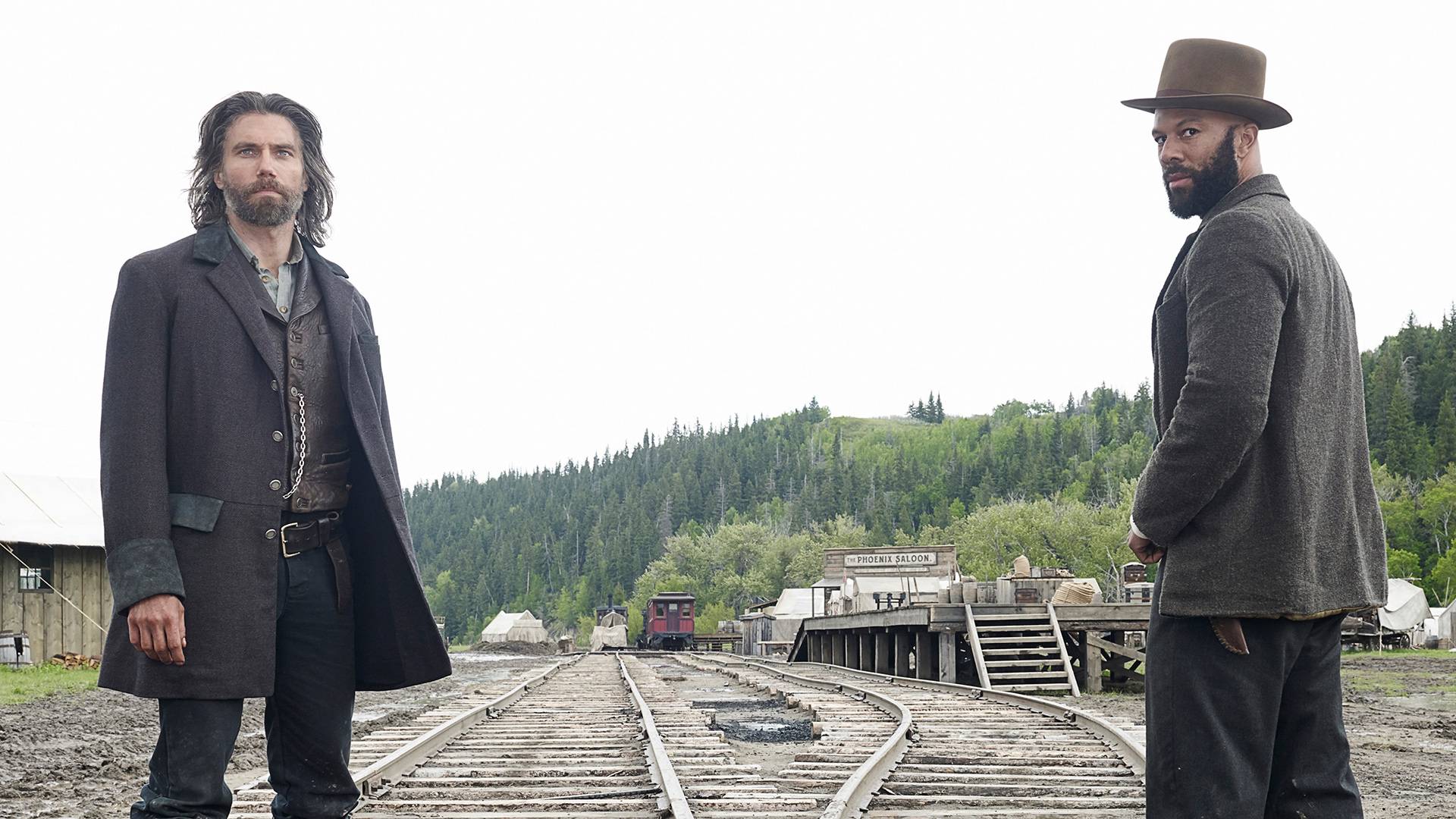 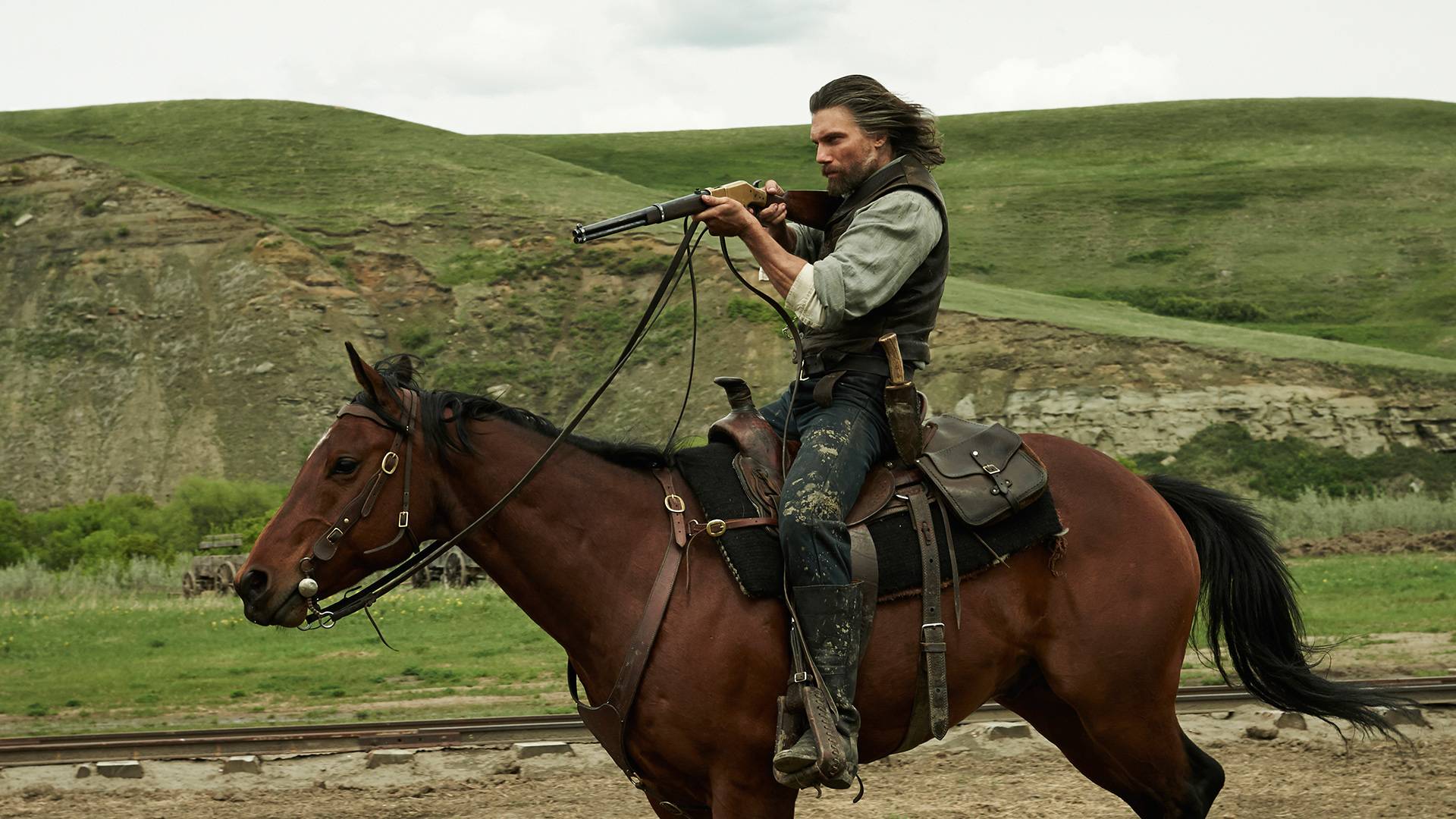 This three-disc release has a decent raft of extras, the most interesting of which are the behind the scenes featurettes; running an average of five minutes, these short vignettes cover the content of the episodes in question, along with in depth looks at the production process and more, bearing close similarity to the “Inside Breaking Bad” features on that show’s respective DVD releases. There’s also a brief summary of the events of the previous seasons, a look into the production of the season in question featuring interviews with cast and crew and a short feature regarding the recording of a tune sung by railroad workers on the show. Overall, there’s enough to keep fans busy for an hour or so, although the absence of commentary tracks is sorely missed.

–        Behind the Scenes looks at each episode (Various lengths) 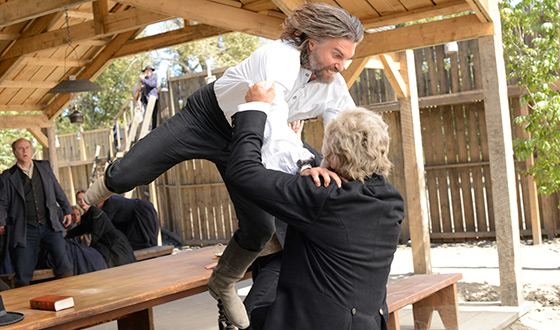 Although not quite reaching the lofty heights set by AMC’s more revered programs, Hell on Wheels is a solid and thrilling little program that makes for an interesting look at the tail end of the second industrial revolution and the men who helped bring it to fruition. Fans of the series will be glad to hear that the writing, while still not without its flaws, is much stronger in this third season, with the back-benching of the revenge plot lending the show a renewed vigour.

There are some rough patches here and there and, like the recent Klondike, the subject matter won’t be for everyone but for those inclined to sit down and enjoy a fairly accurate depiction of an exciting and lawless time for a country recently seceded from the Commomwealth, then Hell on Wheels will more than fulfil your desire for fast paced shootouts and squalid frontier life.