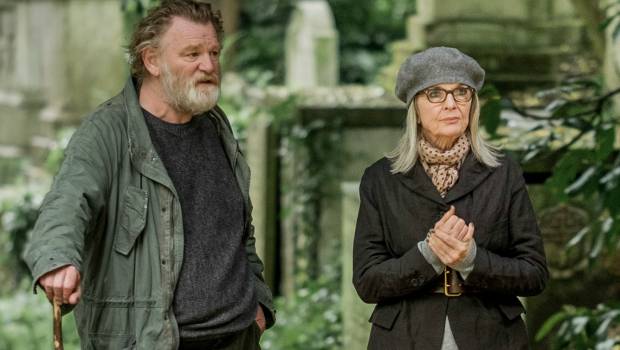 Summary: “Hampstead” is a pleasant rom-com about an unlikely older couple. It’s a nice and simple story provided you don’t overthink it.

“Hampstead” is a charming little film provided you don’t mind your reality served with extra sugar. It is based on a true story but you get the sense that this is only loosely. It is a pleasant, neat and gentle rom-com about an unlikely couple of older people who find each other in some contrived circumstances that take place on the wild and woolly grounds of Hampstead Heath.

“Last Chance Harvey” director Joel Hopkins is at the helm here while Robert Festinger is the writer. The story is based on the life of the late Harry Hallowes. He was a homeless man who built his own shack on the heath and he stayed the course. He lived a free and contented life with a small carbon footprint and because he had squatted there for so long, he eventually inherited the chance to call his little patch of land his own in the eyes of the law.

Brendan Gleeson stars in this film as Donald Horner (the character that is based on Hallowes.) Some disapproving locals refer to this bear of an Irishman and vagabond as Donald Tramp. What they don’t realise is that Horner is actually more like a teddy bear than a grizzly and that he’s actually quite a lovely chap once you get to know him.

One day a widowed American living in London named Emily Walters (a divine, Diane Keaton) spies a stranger (Horner) in trouble. She lives in the luxurious apartment block across the road from the heath and she has the perfect vantage point for his shack. Emily is being crippled by debts that were racked up by her no-good, philandering husband. She’s also living her life on autopilot and is stuck in a rut with friends who are judgmental snobs. It’s a bit out of left-field but she forms an unlikely friendship with Horner and eventually love blossoms. 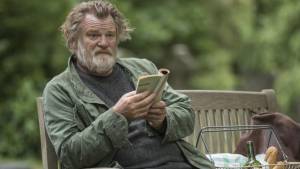 There are also some greedy developers in town. They have their sights on Horner’s makeshift home and try to evict the vagrant. But Emily encourages her new beau to take a stand and fight the developers. What transpires is a plot that is predictable and saccharine at almost every turn so don’t expect even the slightest hint of grit or darkness. This rom-com sees Gleeson and Keaton sharing a warm chemistry with one another but for actors of this pedigree- these characters are hardly a stretch.

The special features include a series of different interviews with some of the film’s key actors plus Hopkins, Festinger and the film’s producer and designer. These seem decent-enough but there was still room for some additional content (perhaps a commentary, some outtakes or deleted scenes?) For those fans wanting brevity in their extras and to learn a little about Keaton’s shopping habits, then there is some interesting stuff here.

“Hampstead” is ultimately a rather handsome film that captures the gorgeous, great outdoors of the heath as well as a lovely romance for an older couple. This tale is a nice, optimistic story about finding love in an unlikely place and some outsiders who enjoyed walking to the beats of their own drums. It may require a suspension of disbelief at times and there is a distinct taste of sugar in this rom-com, but this version of parklife is like raindrops on roses, whiskers on tramps and an odd couple’s favourite things.