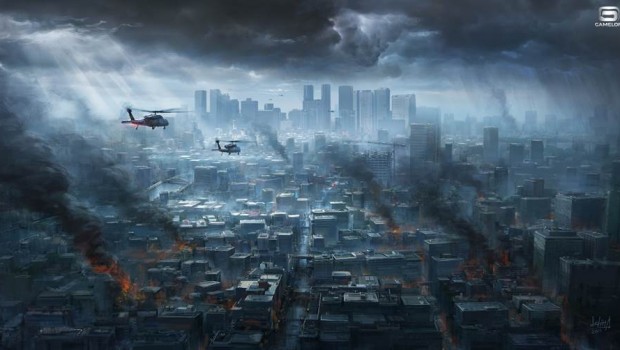 Their official announcement is below but more information is to come!

Gameloft: On top of the name of the game, we are revealing today some details on the storyline and the overall orientation of Modern Combat: Blackout.

The story begins in Venice as Phoenix, the main character of the game, is sent on a special operation to secure a transport of WMDs from a particularly well-armed terrorist group.

The plot then switches to Tokyo where Phoenix has to fight amidst total anarchy while trying to convince his allies to accept an uncomfortable secret.

By the end, the player will have visited many more beautiful settings from both Venice and Tokyo for an eye-catching, thrilling ride.

For the 5th instalment of Modern Combat one of the objectives was to have the player experience the story in a more intense and diverse way.

First important decision was to galvanize the solo campaign with shorter, more dynamic missions that offer a diversity of gameplay situations and objectives. This allowed us to make each story moment more suspenseful and action packed.

As a result, players are continuously on their toes and have the freedom to advance at their own pace, in shorter or longer gameplay sessions that fit any situation, whether they’re on a bus or their sofa!