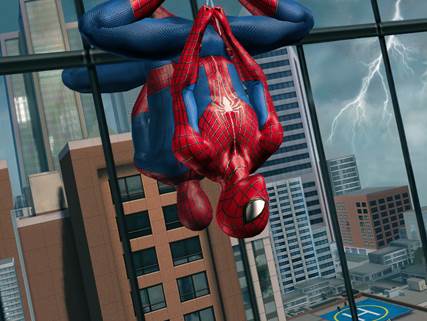 Gameloft and Marvel Swing Back Onto Smartphones

Gameloft and Marvel are joining forces to develop and launch the most “amazing” Spider-Man experience on smartphones and tablets.  The game features an action-packed, open-world adventure showcasing characters from Sony Pictures’ highly anticipated The Amazing Spider-Man 2, coming to theaters this April 17th in Australia and New Zealand.

“After the tremendous success of the first The Amazing Spider-Man mobile game, we’re excited to be working with Marvel again to bring the fan-favorite hero back onto smartphones with The Amazing Spider-Man 2,” says Karine Kaiser, VP Marketing & Licensing at Gameloft. “Players will enjoy a deep open-world adventure and iconic web-spinning action that makes Spider-Man so extraordinary.”

Players can expect to web-sling through a free-roam Manhattan that increases the city size and detail of the first game, making it the ultimate playground to show off Spider-Man’s impressive web-swinging, wall-climbing, web-shooting and fighting abilities. Spider-Man embarks on a nonstop, unpredictable action-adventure, as he rushes to save New York City from the chaos of a disastrous crime wave. Combined with an original story inspired by the film, the stage is set for Spidey’s greatest battle against film villains Electro and Green Goblin, as well as other iconic foes inspired by more than 50 years of comics.

“We are excited to continue our relationship with Gameloft in releasing best-in-class mobile games,” says Javon Frazier, VP of Games Marketing. “The Amazing Spider-Man 2 mobile game delivers a more in-depth gaming experience than its already successful predecessor, which is sure to captivate fans of the theatrical franchise.”

The Amazing Spider-Man 2 is scheduled to release as a Premium title on iOS, Android, Windows Phone, and feature phones in April 2014. The upcoming film is coming to theaters on April 17th in Australia and New Zealand.