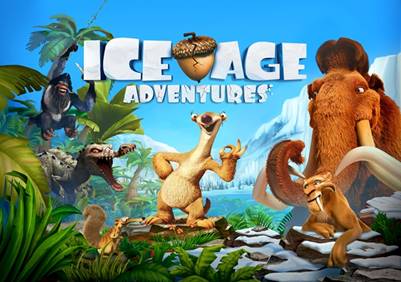 Scrat’s nutty pursuit of his beloved acorn once again has world-changing consequences.  It’s up to players to help Sid rescue Manny and Diego, and then save the remaining members of the herd. Players will embark on an epic adventure, exploring uncharted worlds, battling iconic adversaries, solving puzzles, looking for treasures and taking on exciting challenges.

Players will meet all of the beloved Ice Age characters on their journey through Ice Age Adventures. In addition to familiar faces, look forward to the innovative and captivating gameplay, vibrant environments, beautiful graphics and a variety of fun mini games.

“Gameloft has captured the essence of the Ice Age universe and characters in an exciting new adventure game,” adds Rick Phillips, SVP, Fox Digital Entertainment. “We’re excited to extend our partnership with Gameloft.”