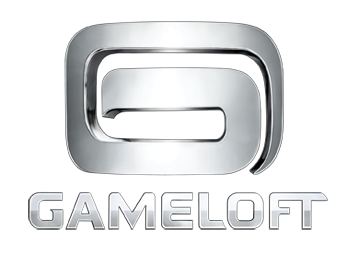 Gameloft expands compatibility of Twitch feature to cover Apple A6 devices for both Heroes of Order & Chaos and Asphalt 8: Airborne

Twitch, the world’s leading video platform and community for gamers, today announced Gameloft’s Heroes of Order & Chaos is the first mobile MOBA (Multiplayer Online Battle Arena) game to feature Twitch integration. This marks the second time the brands have worked together to usher in the latest advances in mobile gaming. Twitch previously partnered with Gameloft to make Asphalt 8: Airborne, the award-winning mobile arcade racing game, the industry’s first mobile game with built-in Twitch broadcasting functionality. Today, Gameloft is expanding the number of iPhone and iPad models that can use the Twitch broadcasting feature in both Heroes of Order & Chaos and Asphalt 8: Airborne.

In Heroes of Order & Chaos, the first MOBA game for mobile devices, players team up and fight with their friends in thrilling fast-paced battles. With over 11 million downloads, the game features 45 heroes to choose from, 3v3 and 5v5 matches, three distinct maps, a brand new solo league, and strategic skill upgrades that allow advanced players to choose the best approach to battles. With Heroes of Order & Chaos’ native Twitch support, players can easily broadcast this action-rich gameplay to their Twitch channel, using the camera, mic and chat features to engage with their viewers.

”Heroes of Order & Chaos is the benchmark MOBA game on mobile. It’s only natural that it would be the first to integrate with Twitch,” said Baudouin Corman, VP of Publishing Americas. “It’s been a pleasure working with the talented team at Twitch to extend compatibility of this amazing technology to more games and devices.”

The mobile industry is a major focus for Twitch, as illustrated by Twitch’s mobile viewing app which has continued to soar with more than 15 million installs. In July, 2.5 billion minutes were watched by 5.7 million unique viewers using the app. Broadcasting mobile games now represents the next frontier for Twitch with Asphalt 8: Airborne and Heroes of Order & Chaos being the first two mobile games to have this feature.

“With the omnipresence of mobile gaming, we are constantly looking for great games aligned with the interests of the Twitch community,” said Brooke Van Dusen, Director of Business Development, Twitch. “Since MOBAs are one of the hottest genres on our platform, integrating Twitch broadcasting into Heroes of Order & Chaos is the ideal title to further tap into what our users are playing.”

Twitch functionality for Heroes of Order & Chaos and Asphalt 8: Airborne now works on all A6 and A7 devices, including the iPhone 5, iPhone 5C, iPhone 5S, iPad Air, iPad Mini Retina, and iPad 4. In addition, Gameloft is today launching Asphalt_tv, a channel on Twitch that will feature 24-hours a day of Asphalt content.

Both games are currently available on the App Store.