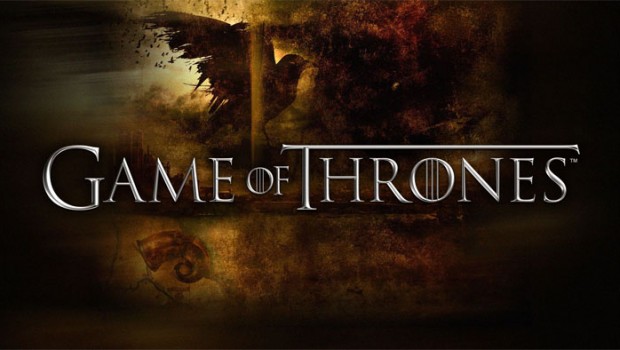 Summary: It's savage with political intrigue and some amazing action scenes that makes Game of Thrones Season 3 the best to date!

Available on Blu-ray and DVD from the 19th of February 2014, I was given the chance to review this amazing HBO series on DVD. It also happens to be one of the world’s most popular TV series thanks to the high quality story and production values and in my opinion, is almost flawless TV at its best.

This DVD release is also bustling with some very indepth special features that will appease even the most staunchest of Game of Thrones fans and should tide most over until the highly anticipated fourth season. Given that, I don’t think you could ever get sick of watching Game of Thrones. 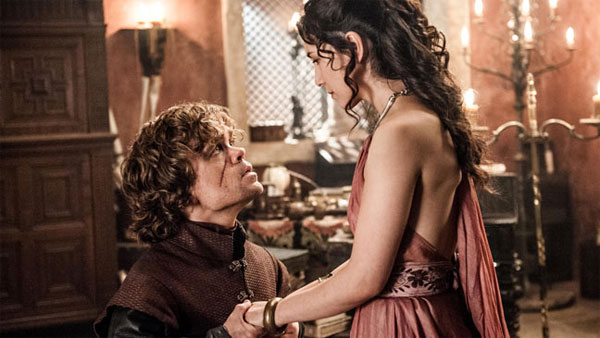 With that said, the third season of Game of Thrones is probably the most shocking of all, especially when it comes to the lead characters, particularly the second last episode known as the The Rains of Castamere which features a very gruesome and bloody wedding.  It actually shattered me to the very core.

The TV show is also based on George R.R. Martin’s A Song of Ice and Fire, the third novel in the series but HBO have taken some artistic liberty to tweak the story for television. Having read the original novels, I wish that the creators did adhere a little more to them in some aspects, especially to how they ended this season and I will do my utmost to keep spoilers to a very bare minimum. 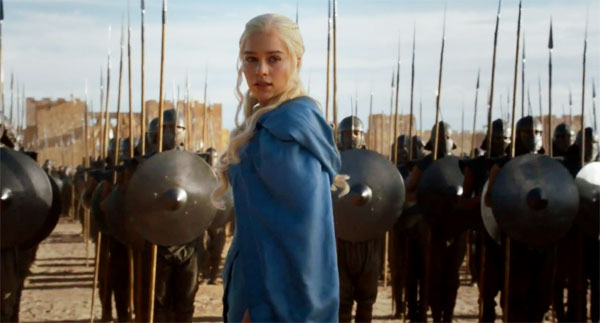 However the political intrigue, action and drama are all amped to a higher level in this season as the key players fight to secure their places in the Seven Kingdoms of Westeros. Being a fan of the original novels by George R.R. Martin, I was quite pleased and amazed at the end result from HBO because bringing this series to the small screen is definitely no small feat and season 3 is no exception to that rule.

4.And Now His Watch is Ended

7.The Bear and the Maiden Fair

9.The Rains of Castamere

Season 3 starts with a bang as the Night Watch attempt to warn the Seven Kingdoms of the existence of the White Walkers which threatens the very realm itself. Jon Snow is also brought to Mance Rayder, The King Beyond the Wall and finally, the beautiful Daenerys Targaryen continues to build her army with the purchase of the deadly slaves known as the Unsullied to help fuel her victory once she crosses the Narrow Sea. 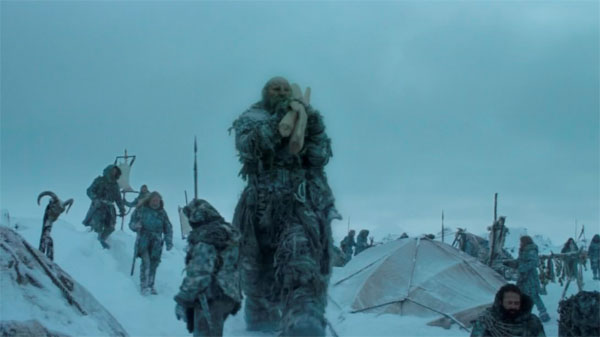 The war between the Lannisters and the Baratheons heats up as they attempt to secure Kings Landing and the prestigious Iron Throne, however the key stakeholders ensure that things do not go according to plan with guile and murder. As the series progresses, characters are killed and new characters are introduced but the intrigue continues episode by episode. It’s just addictive TV, especially due to the complex characters and stories.

The enigmatic Tyrion Lannister (aka The Imp) marries Sansa Stark in order to move her away from his vile nephew Joffrey who continues his deadly rise to power, leaving many enemies in his wake. Daenerys continues her journey to recover the Iron Throne and uncovers an assassination plot where she finally learns what it means to be the mother of dragons.

The Frey’s double cross the Starks in one of the most violent and bloody episodes to date but thankfully,  the series ends on a relative high as Daenerys releases her slaves but rather than accept their freedom, they give their lives over to the “mhysa” or the mother. I was hoping for the return of a certain character at the end of season 3 but alas that was not to be but hopefully we’ll see them return in the next season.

Overall, Season 3 is my favourite season to date. 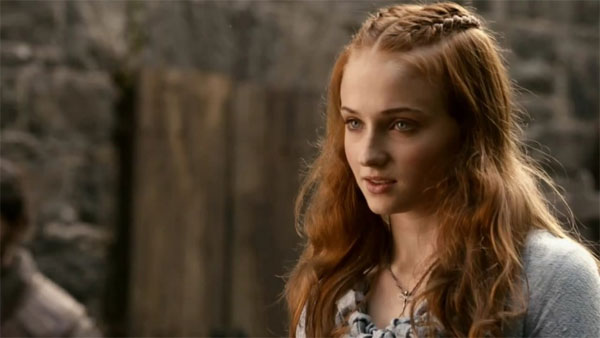 Video and audio quality is spectacular on this DVD release. Presented in an aspect ratio of 16:9 (widescreen), images are pristine, colours (when used) are vibrant and the clarity is almost reference material. Audio is equally as impressive, especially with its Dolby Digital 5.1 track that makes this series almost larger than life. There are a couple of featurettes that have already been released by HBO on YouTube which is a shame as they should have held these over for another month or so.

Nonetheless, they are still quite interesting to watch.

This DVD release is perfect and a must have to fans of this amazing series that I could happily recommend to everyone. It’s savage with political intrigue and some amazing action scenes that makes Game of Thrones Season 3 the best to date! 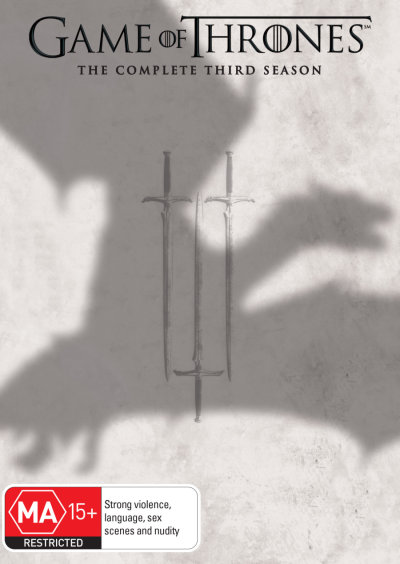