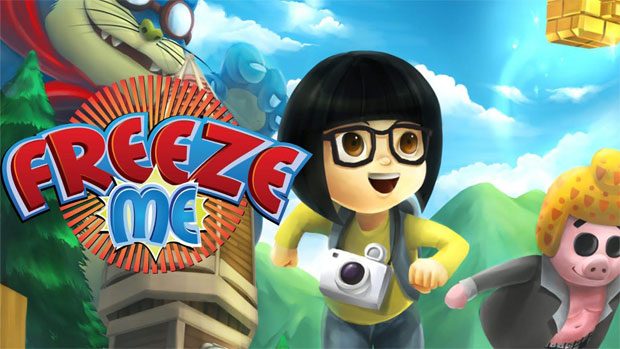 Summary: Explore massive worlds with plenty of platforming missions with a camera that freezes pretty much anything.

When’s the last time you played a collect-a-thon? What’s a collect-a-thon, you ask? Well, they’re a rare occurrence these days, but they were all the rage in the 90’s and early 00’s. It’s a platformer game (typically a 3D one) where the main objective isn’t to reach the end of a level but to collect key items in a large, nonlinear world to unlock even more worlds (with different themes and game mechanics). It’s a game design that focuses on allowing the player to explore a vibrant world and have full freedom of movement. Nintendo 64 classics Super Mario 64, Donkey Kong 64, Banjo-Kazooie and its sequel are shining examples of a collect-a-thon that live in the hearts of gamers. These days, most people prefer the simplicity of linear platformers, but for those who still love collect-a-thons, FreezeME is here to revive them. 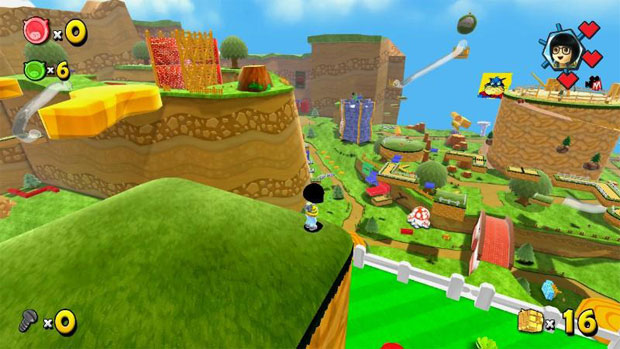 It’ll be a lot easier if I address the elephant in the room straight away- FreezeME is quite blatant with its …‘homages’ to Mario games like Super Mario 64, Super Mario Sunshine, and Super Mario Galaxy, with elements of all games being represented in some form. It takes the objective-based worlds introduced in Super Mario 64, linear minigame-like side levels from Super Mario Sunshine, and occasionally Super Mario Galaxy-like gravity manipulation. It’s all wrapped together in an art direction that looks strikingly similar to 2013’s Super Mario 3D World. Hilariously, FreezeME is extremely self-aware that it is a Mario clone. Someone seems to have left his own critique of the game on a wall in the first world, Sunshine Valley. 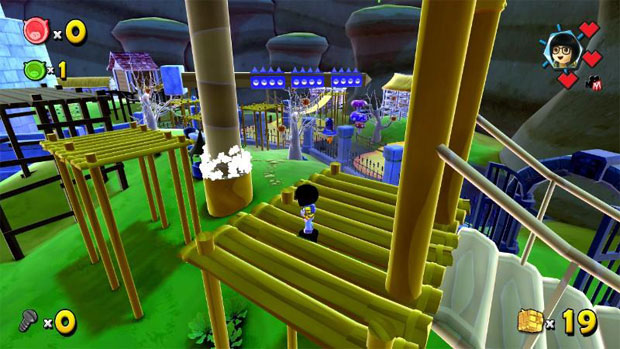 FreezeME is a much shorter game than those it imitates, but it makes up for it by making the worlds much larger than anything seen in those games, and contained in them are more missions than any Mario game has had in a single world. They’re relatively simple missions; you need to collect gold blocks to proceed throughout the game and they can be positioned in distinct areas, and can be hidden or blocked from access by either a boss or an unlock method. The boss battles actually require a little thought to beat, but it can be annoying having no obvious solution.

The trick to success in FreezeME is, when in doubt, freeze. The player has a camera which can freeze objects in time, which is the game’s primary gimmick. Freezing objects and enemies are often the solution to many puzzles. Yet somehow, I only decided to use the freeze as a last resort when I was struggling with a level. It didn’t come as a natural thing to do in a time of need. If like me, you’re well practiced at platformer games, it’s not your instinct to put faith into a game-specific feature when you see what seems to be a typical platform challenge. 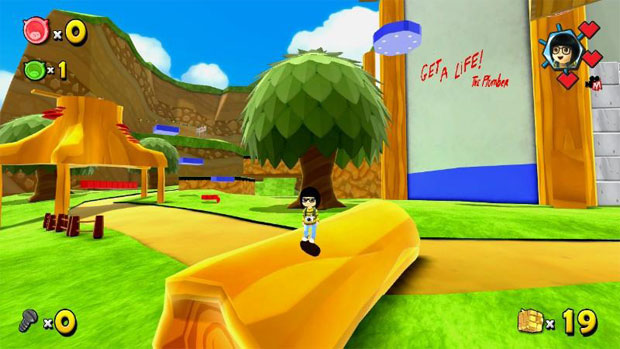 For an indie game, the graphics are surprisingly good but there are a lot of graphical issues that would never have been ignored by a first party company. It seems to be cel-shaded, and depending on the intensity of the colours in a level that can be really great or a bit annoying.

The music is fun but forgettable. The music in the game’s trailer is spectacular and leads you to believe that the game will have an orchestra-like soundtrack, but in-game FreezeME keeps it pretty simple by sticking to MIDI-quality tunes that fit the in-game worlds well enough but don’t loop perfectly. 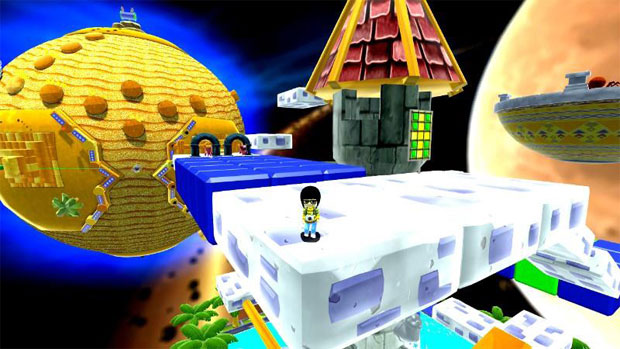 While FreezeME has all the makings of a great 3D platformer (after all, it is following in Mario’s footsteps) there’s something about it that just doesn’t feel right. There’s something off-beat about the game. It could be the iffy controls, which aren’t as responsive and tight as the Mario games from which it’s inspired. The collision is far from perfect; as I was completing this review I actually came 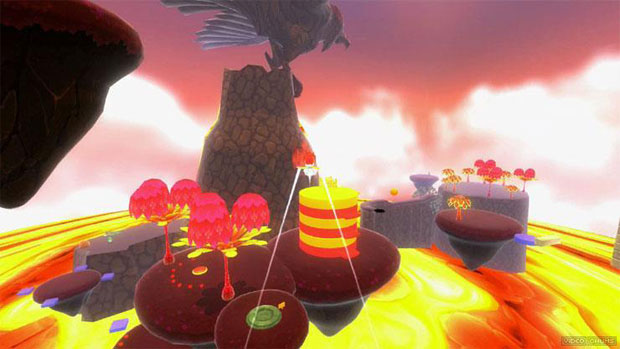 across a major bug where the game lost all collision and I’d fall through the ground as soon as I respawned. It could be the music, which has an empty quality to it (again, don’t let the excellent trailer music fool you on that). It could just be because of an unfamiliar set of characters and enemies in a world where you should clearly be playing as a red-hatted tradesman who jumps on turtles. However while it’s rough around the edges, I liked it. It’s not a fantastic game, but it’s just the beginning of the collect-a-thon revival.

FreezeME is available on Wii U and Steam, but I’d recommend the Wii U version for the Game Pad and Pro Controller.