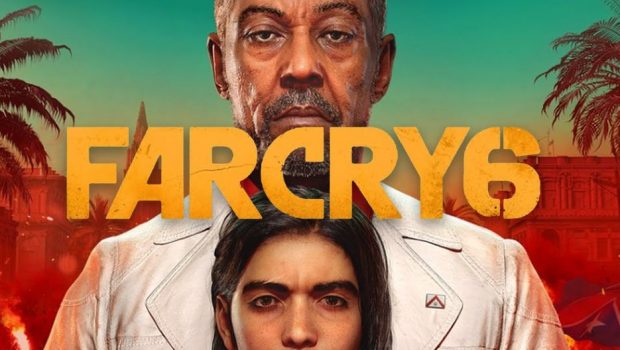 Far Cry 6 for the PS5 is effectively the love child of PS4’s Far Cry’s 4,  5 and – to a lesser extent – New Dawn. Meaning, it takes  the good stuff from all three…and subsequently supercharges them for next-generation.

The most obvious inheritance is the traditional ‘take down the dictator’ premise so common to this Ubisoft series. Unlike the controversial Kyrat baddie in Far Cry (Pagan Min) and still strangely likeable cult leader of 5 (Joseph Seed), Yara’s military dictator Anton Castillo is a completely despicable human being. He murders and enslaves his own people forced to work tainted tobacco fields, then uses said tobacco to produce devious global pharma meds (Viviro, intended to cure cancer). Anyone who opposes Castillo is quickly murdered, to include orphans unwillingly ‘drafted’ into his cause. His teenage son Diego is grudgingly along for the ride, a somewhat silent opposition to the tactics of his merciless father. 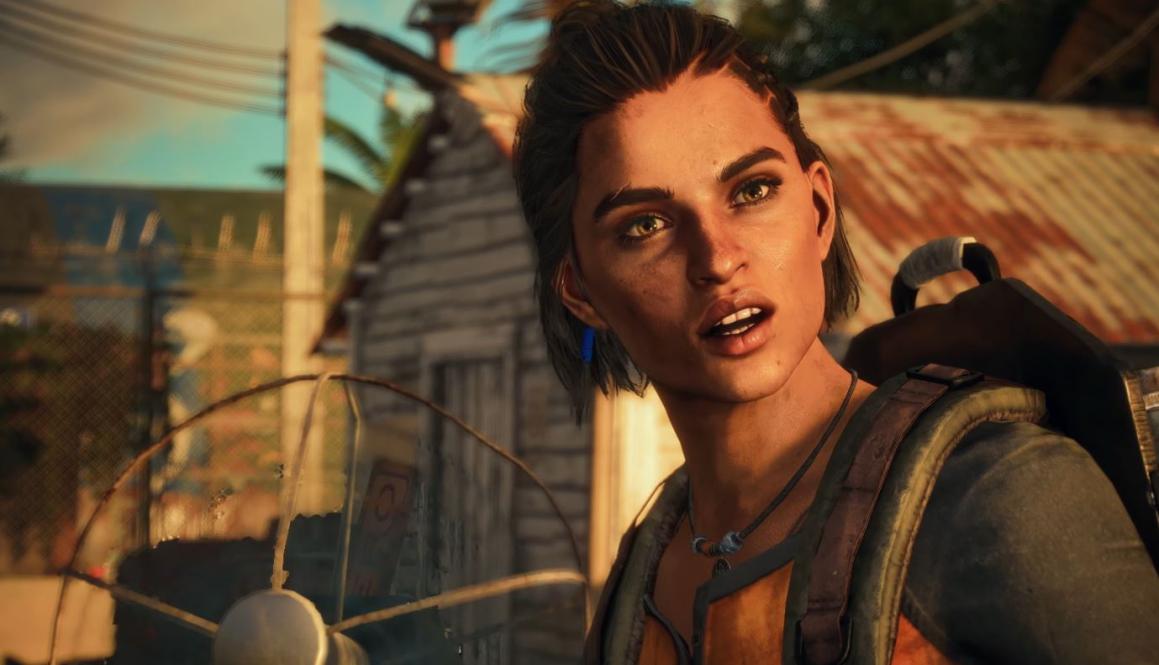 Guerilla Dani Rojas (gender up to the user) is one of said orphans, and – by survival necessity – joins up with the main opposition group (Libertad) to take down Castillo and his lieutenants. Yara is scattered into a handful of regions, each with its own Castillo footprint to dismantle, likewise potential allies to recruit to the cause. Each region is very distinct (geographically, challenges, tasks) in its own right, giving Far Cry 6 a much fresher feeling than near-previous Far Cry entities.

In addition to plot style, Far Cry 6 likewise borrows from recent predecessors in mission types. A main story to take down a leader, branch offs focusing on NPCs, speed runs to supply crates, vehicle time trial races, use of wingsuits, fishing/hunting challenges, and treasure hunts. New anti-aircraft gun missions (to enable Libertad freedom of air movement) are smartly placed in the vicinity of other mission types, with this intertwinement both encouraging free roam while reducing the linear drudgery of earlier Far Cry titles.

There’s so much other newness to Far Cry 6, it’s astounding. First, the ‘resolver’ super weapon crafting system requiring stolen uranium (from anti-aircraft sites) combined with other found materials. There’s now oodles of mod customization for each weapon/gear to include unique visualizations (via spray paint). Third, a ‘Los Bandidos’ mini game features branched decision-making missions that reward with new recruits and items. (This mini game mode is perfectly meshed with the main story, inasmuch rescued guerillas are available for deployment in Los Bandidos.) Next, co-op heavy Special Operations missions featuring elite completion rewards. (Note: tackling these solo is near impossible, as these missions intended for one player to operate as courier, the other as scout.) Fifth, animal sidekicks (‘amigos’) now have branched abilities that improve effectiveness over time. Finally, there are cockfights where you literally get to fight as the damn chicken. And hell yes, there are unlockable chickens each with unique fighting skills. 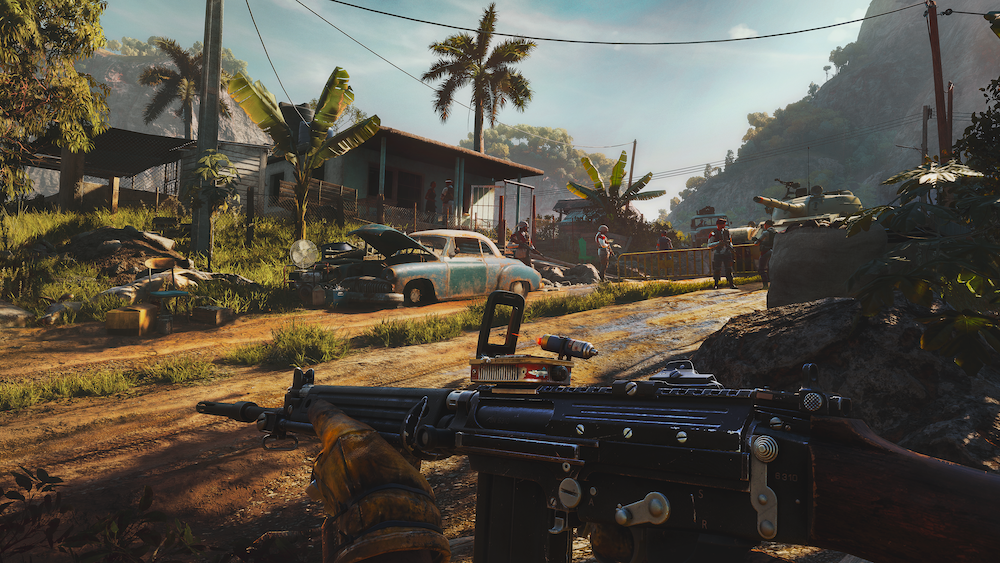 Moreover – and having played the previous three versions of Far Cry to death – makes one appreciate Far Cry 6 so much more. For instance, weapons are now diverse and divided into standard and unique offerings, with only the former capable of upgrade/modification. Gear – scattered throughout –  has unique strengths and weaknesses…meaning real strategy potential before enemy engagement. Vehicles are significantly more responsive, with airplanes finally usable (noting the aforementioned anti-aircraft gun dynamic to clear the skies). DualSense adaptive triggers provide increased weapon fire and vehicle acceleration feel. Dani’s general movements, climbing, use of weaponry (especially melee), the implementation of cover, and enemy detection all take significant strides in the right direction. Last, amigos play unique, and offer Dani different approaches, in tandem.

On the flipside. Far Cry 6 still suffers from legacy Far Cry foibles: enemies with eagle eyes, perfect aim, and unrealistic waves emerging as backup. On this topic, a big pet peeve is the abundant use of enemy Special Forces to take out Dani if/when s/he goes on too big a killing rampage. This notoriety meter outcome makes sense…but it also confounds when certain missions don’t really allow for stealth to avoid inevitably getting swarmed by these highest-level opponents. The same can be said for far too persistent and frequent air-based attacks. Enemy helicopters and planes will mercilessly seek out to Dani no end, requiring a slowest recharging resolver missile swarm to take them out (as no rocket launchers available at early-mid game stages).

Execution-wise, also returning are the notorious floating rocks of Far Cry environments, disappearing audio, questionable detection consistency when in foliage, odd rainbow texture colors, finicky jump/climbing mechanics, and bullets from handhelds that just aren’t very accurate. Ubisoft titles seem to be fraught with these select issues, to include seldom getting stuck in landscapes requiring a checkpoint restart. Also irritating is the commonly poor cave and/or underwater level designs which send players in literal circles to no end. Still – and akin to all other Ubisoft AAA offerings – none of these are so annoying as to overwhelmingly negatively dominate experience.

A main buffer is that everything looks and sounds magnificent in Far Cry 6: this is truly a next-generation game. Characters models and Yara are both gorgeous, with landscapes jaw dropping. Audio is also highest level, with an amazing soundtrack, hysterically funny and well-acted dialog, also perfect sound effects. The story – while a bit Far Cry formulaic – is terrific, all missions truly fun to play. The amigos steal the show by themselves and the wacky dialog they engender.

Then there’s the crazy and trademark ‘anything can happen’ dynamic of Far Cry. Just randomly, guerillas will attack an enemy checkpoint…with some generic cargo truck caught in the crossfire…which forces it to lose control…and hit a cow crossing the road. The cow collides with another vehicle carrying explosives…which lights it on fire…and it then recklessly careens into a group of palm trees…that subsequently fall on random dudes hiding inside a building. And you’re just a bystander to all this wackiness. Oh yeah, I was just about to take down that checkpoint until, well, that happened. 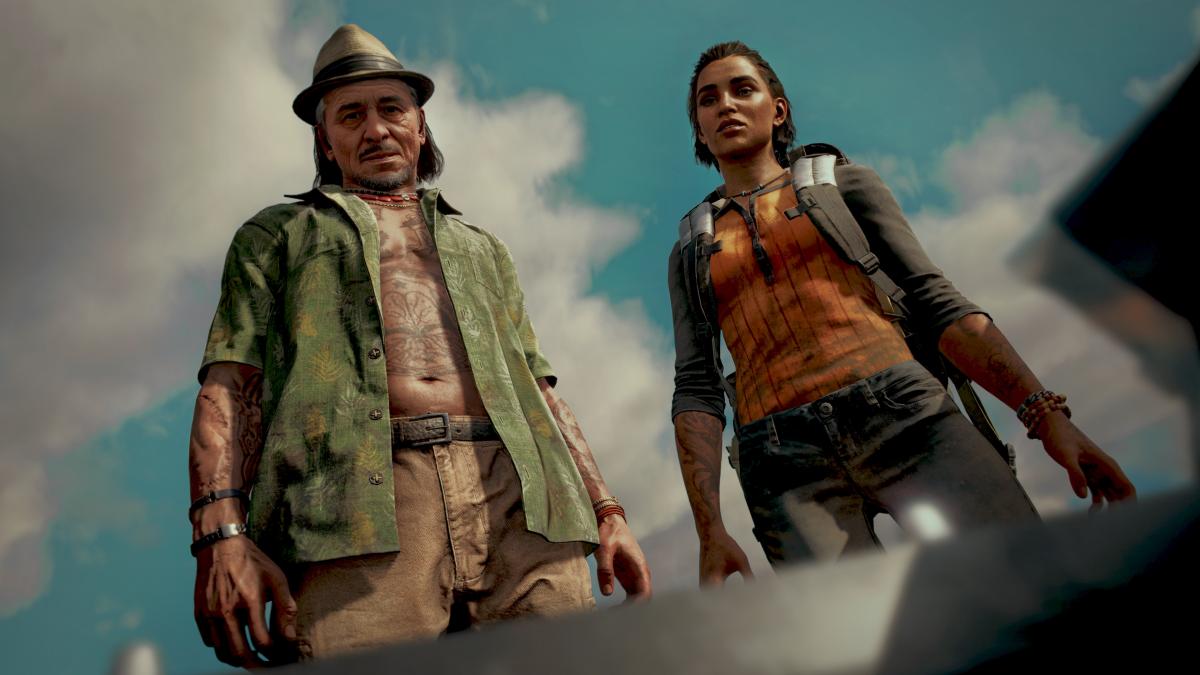 Far Cry 6’s progression system accomplishes the rare feat of pleasing both story centric and completionist oriented players. This system will slowly unlock new gear and weapons for Dani, but does not over-reward/punish for focusing on any singular mission aspect of Far Cry 6. Thus, the need to grind isn’t really essential, as better weapons and gear will naturally emerge for story players, with completionists literally afforded the option to upgrade base items from found parts/components within side missions. The only discriminating luxury for completionists is – being leveled up more quickly – and earlier ability to jump around Yara more freely. Still, doing so will make for a disjointed story line and character confusion. As a result, the game overtly encourages staying on some semblance of a story path throughout. Plus, completing story missions means better NPC leaders in Los Bandidos mode, also new and stronger amigos to defeat tougher enemies.

Logistically and being on PS5 SSD, the annoying load times of previous Far Cry titles are now a thing of the past, plus it terrific to be able to jump in/around Yara fast travel points without but a pause. (Thankfully Sony just unlocked expansion SSD, mind you.) Also worth noting is the robust Far Cry 6 accessibility options, with almost every engagement aspect of Far Cry 6 customizable to meet an individual user’s needs. Increasing stick sensitivity, item and enemy highlights, and subtitle size were big wins for myself.

Keeping it at its simplest, Far Cry 6 is a top-notch sandbox game that doesn’t push the genre but still clears a highest bar. This is arguably the best Far Cry to date, and Ubisoft does a wonderful job in maximizing PS5 capability in delivering it. Akin to earlier Far Cry titles – and noting a slew of DLC to follow – this is a title possessing potentially triple digit hours of gameplay for these wanting to explore all of Yara and its engaging inhabitants.

While still a bit formulaic, Far Cry 6 stands as perhaps the best Far Cry experience to date and one beautifully presented and executed on the PS5. In doing so, it builds capably on previous Far Cry titles while adding an array of terrific new additions to the fold. Those new and old to Far Cry should feel comfortable jumping right in.