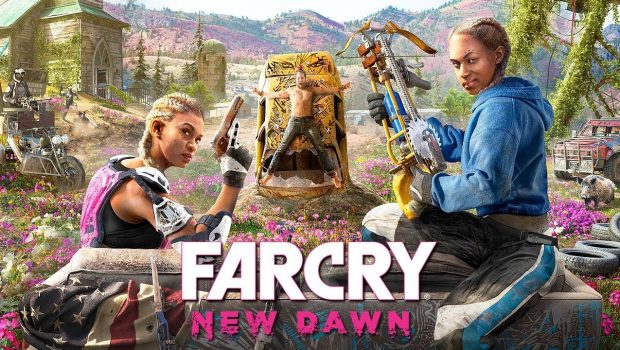 Summary: Much of the old, some of the new.

Long story short: if you haven’t played Far Cry 5 and/or weren’t a fan of it, take a pass on Far Cry New Dawn. Conversely, if you fall on the opposite end of the spectrum, consider New Dawn akin to Far Cry 5.5: It’s too big for DLC, and packs several game play and mode improvements Far Cry 5 could’ve benefited from.

As someone who falls in the latter category, I found a fair bit to like in Far Cry New Dawn. It’s a seamless story continuation of events following the nuclear fallout which ended Far Cry 5. The game’s post-apocalyptic world is one of rebuilding from ashes, also living in constant fear of the Highwaymen wreaking chaos wherever they turn. The maniacal twins who run the gang are both ruthless and fearless, also seemingly omnipresent. 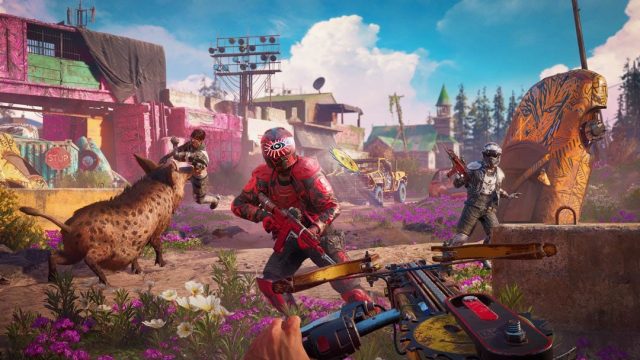 The story begins with perhaps the Highwaymen’s biggest exploit yet, of blowing up a train featuring an array of individuals known for re-establishing recovering homefronts out West. All but two are killed in the explosion, one being ‘The Captain,’ the protagonist of the story, who must protect and rebuild the homefront known as ‘Prosperity.’

Nearly all key characters in New Dawn are directly lifted from Far Cry 5, but now seventeen years later. Thus, while one can go into New Dawn fresh, it loses a lot of its appeal without the backstory foundation. Even more so when said story weaves Joseph Seed and New Eden into it.

Gameplay wise, New Dawn thankfully corrects many of the irritants that plagued Far Cry 5 while introducing some new wrinkles. To begin, the driving mechanic – the bane of the series’ existence – is finally(!) fixed. I can’t even begin to describe the frustration of controlling anything but helicopters throughout the series. Speaking of helicopters, New Dawn also fixed the irritating bug of failing to auto-correct for landings (by leveling off the helicopter and turning down speed at touch down). Meaning, no more stupid crash landings for seemingly no reason whatsoever. 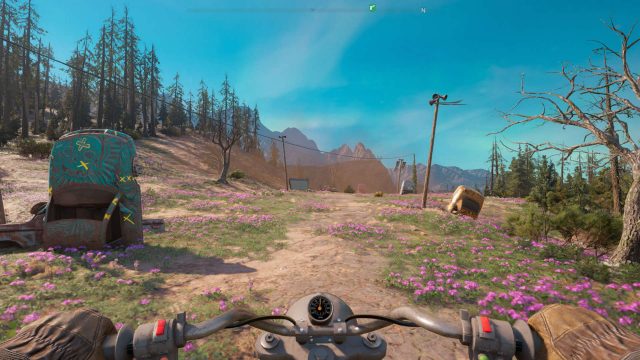 Maps are also tidier, with very limited glitching due to being pixel stuck in environments and the weird ghosting that results. New Dawn is likewise devoid of bugs that haunted several Far Cry 5 side mission progressions. This is not to insist New Dawn missions are without fault. Some treasure hunts will drive you batty in poor design.

The most significant new addition is New Dawn’s RPG-esque level system. Everything in the game is now tiered from level 1-3, then elite. Going up against enemies outside of a current weapon level will almost end poorly. Guns and fangs for hire are also married to the level system; enemy players and animals will both make short work of them if a significant level mismatch is present.

To upgrade levels requires ethanol acquired from captured outposts, ones which can now be re-captured at higher difficulty and even more ethanol rewards. While story progression can occur without completing many side missions, it’s near-impossible to do so because of the new RPG level mechanic.

Specifically, upgrade a level, and new weapons and vehicles present themselves as options. These require parts obtained from side missions and exploration…which, once again, encourage deviation from the storyline to do so. (Note the game does offer an easy option if this is not your cup of tea, if the story is the only item of interest.) Personally, I’ve always found Far Cry’s side missions a lot of fun, and appreciate them better weaved into overall story versus completionist checkbox. 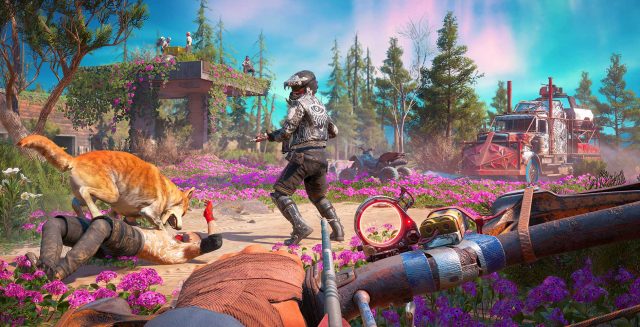 Guns and fangs for hire are noticeably smarter and more useful. As always, dialog and interactions with these individuals/animals is laugh out loud funny. (You’re going to love Nana and Horatio.) New Dawn, however, now limits them to one a time, effectively removing the nerfing ability to strafe from air and demolish on the ground, in tandem.

The new expedition mode features exotic locales and a capture the flag dynamic. Get dropped in, grab a package, escape with said package to the rendezvous point. Swarms of high powered enemies converge upon package pickup, making for difficult task completion. Also, extraction points have a delay upon appearing, and are not always in logical locations. Personally, this mode did little for me…but it’s a good way to gather oodles of materials to build stuff, quickly.

What remains is much of the old. Solid presentation, a good but not great storyline, a fair bit of monotony going from location to location, forced perk point skill trees, hunting and fishing, great dialog, and the presence of too many enemies and animals way too adept at finding and attacking both you and a for hire teammate. As a result, Far Cry New Dawn ends up being a wandering and somewhat formulaic experience, of intermixing side and main missions toward hopeful skill and capability upgrades. Some missions are definitely better than others, and for hire buddies are diverse enough to keep things interesting. It’s the type of game terrific to pass some time in, but not engaging enough for hours’ long sittings.

As a big fan of the series, New Dawn was a welcome return to Hope County, Montana. It didn’t wow, but the new progression system, fixed bugs, tighter maps, and nostalgia factor combine to make for a fun and familiar gameplay experience. Still, if you didn’t care for Far Cry 5 there’s probably not enough here to change your mind.