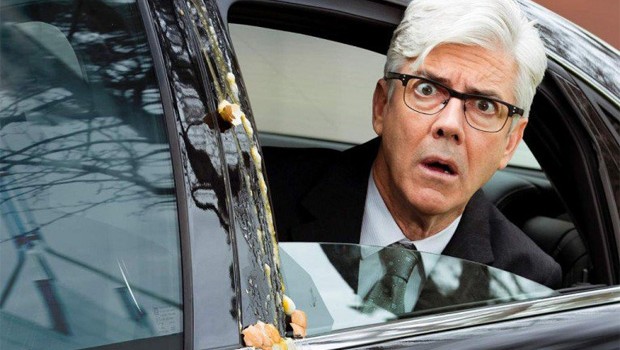 Summary: ‘The Ex-PM’ is most certainly an unrealised opportunity where the interesting political satire is swamped by some crazy, third-rate zaniness that you would typically find at a student revue.

In the TV series, ‘The Ex-PM’  the show’s writer, creator and star, Shaun Micallef is playing quite a subtle and straight, former Prime Minister of Australia. But the show itself seems to try too hard to make the audience laugh. The result is a program that feels too uneven, forced and stilted to have much truth and resonance to it, despite it being quite an interesting premise overall.

Micallef is best known as a comedian and the man behind the show, ‘Mad As Hell’. Here, he eschews talking about the politics of the day to instead focus on fictional politics and satire. He plays Andrew Dugdale, Australia’s third-longest serving PM who once boasted an approval rating of almost three quarters of the population. But now Dugdale is at a loss. He’s lost the most recent election and moved back to suburbia along with a zany bunch of staff plus his promiscuous wife (Nicki Wendt), benign grandson and contemptuous adult daughter (who split from her drug-dealing husband), played by Kate Jenkinson. 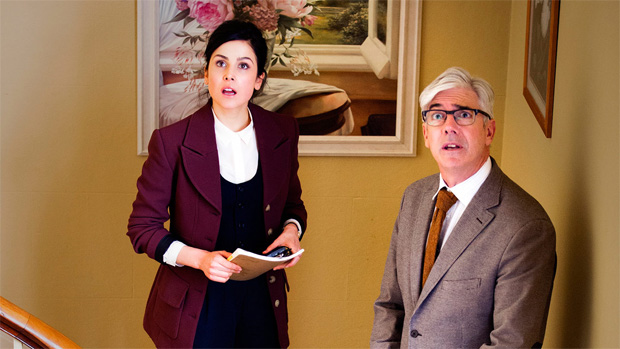 The staff are the ones that contribute to the inconsistencies in the tone of this program. You have Curtis (Francis Greenslade), a glorified chauffer who is brain-damaged (read: incredibly stupid) and responsible for making sure the Commonwealth car isn’t egged. There’s an overzealous but dim security guard, Myles (Jackson Tozer) and a dedicated and knowledgeable, chief-of-staff (Nicholas Bell) who is too busy bedding Dugdale’s wife. There is a chef (Ming-Zhu Hii) who appears clever but is the butt of some jokes about her being on a special visa and Dugdale’s business manager (John Clarke) appears solely on TV screen because he’s under house arrest following an investigation by ASIC.

Dugdale is struggling with his identity and his financial situation is also rather dire. So it seems that now is the perfect time to agree to submit a manuscript of his memoirs in exchange for a hefty advance. The only problem is that they haven’t actually been written and when a young and plucky ghost-writer Ellen (Lucy Honigman) is called, Dugdale seems too elusive and easily distracted to help. The simple truth is that he doesn’t want his life to be written about in any great detail and it’s just painful to watch the lengths this man will go to get out of this. It’s also a shame to see a former leader appear so smart at times and so stupid at other points (and to buy the fact that “we” actually voted him in on four separate occasions! That’s doubtful). 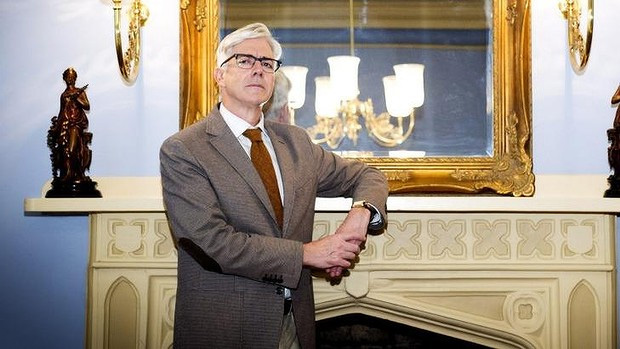 This series could have been a rather clever take on Australian politics, and would have been timely after the merry-go-round of leaders that we have sustained as of late. But instead this is often a bit too silly and slapstick for its own good. In comparison, a show like ‘Utopia’ looks absolutely brilliant because the latter managed to be both believable and funny. ‘The Ex-PM’ sadly just feels like a poor man’s ‘Yes Minister’.

The special features on this DVD are disappointing. They include some bonus scenes from the show including mock “interviews” with Dugdale’s staff and relatives and some bloopers. The former elements show one dysfunctional family but they also fail to offer any insight into the production of the show.

‘The Ex-PM’ is a program that is an inconsistent, situation comedy. It feels like this is a hard idea to swallow even though the actual premise (about politics, truth and spin with its new slant of being framed through the eyes of a washed up PM) is a good one. ‘The Ex-PM’ is most certainly an unrealised opportunity where the interesting political satire is swamped by some crazy, third-rate zaniness that you would typically find at a student revue. 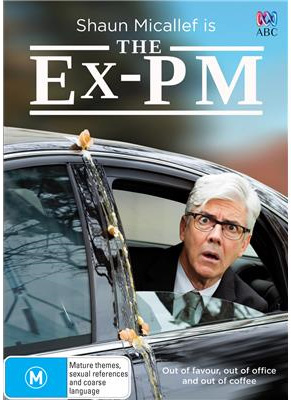