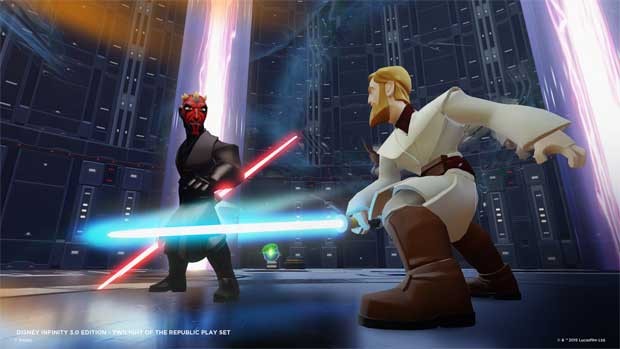 Says Sean, ‘We’ve packed the Disney Infinity: Toy Box 3.0 app with many of the most popular new areas of the Disney Infinity 3.0 Toy Box mode, including the Toy Box Hub, the El Capitan community center and farming simulation. Also, we were sure to include all of the popular existing Toy Box features, such as Toy Box sharing, networked multiplayer, INteriors and of course, players can unlock toys and Power Discs in new Daily Challenge mini-adventures.

We want this to be a seamless community experience for our players, and with that in mind, Toy Box 3.0 players can easily share Toy Box creations with friends and the community on PlayStation 4, PlayStation 3, Xbox One, Xbox 360 and Wii U. Mobile players will also be able to download and play any of the Toy Box levels created on console.’

A full blog post with additional details and links to the app has gone live here: http://www.disneyinteractive.com/blog/disney-interactive-delivers-toy-box-3-0-experience-to-mobile-devices/