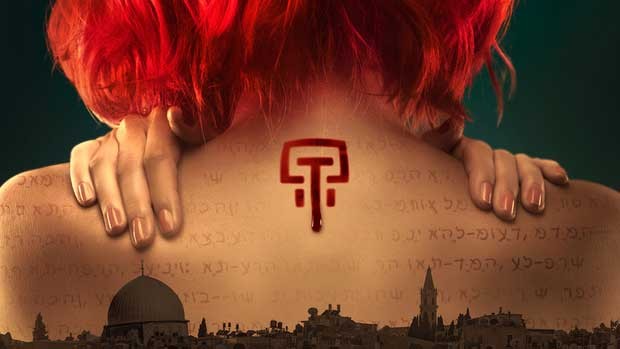 Summary: Dig is a lot of fun. It is slow, but patient viewers will be rewarded as the series eventually builds up momentum in the last stretch.

The novelistic form of storytelling in television has rapidly gained the ascendancy in the last decade. Unless you were big into soap operas, television watching in the 70s and 80s was largely an exercise in watch, reset, rinse and repeat. The same leads would appear week after week after week, but by and large, the events of the previous episode would have little, if any, influence on what came afterwards. Connoisseurs of television are now calling the modern era a Golden Age, where greater depth in writing, storytelling and characterisation are matching that of novels. And what this has led to is short runs of episodes that are comparable to a novel, involving multiple storylines and characters with real emotional depth weaved together into a long form mode of storytelling. 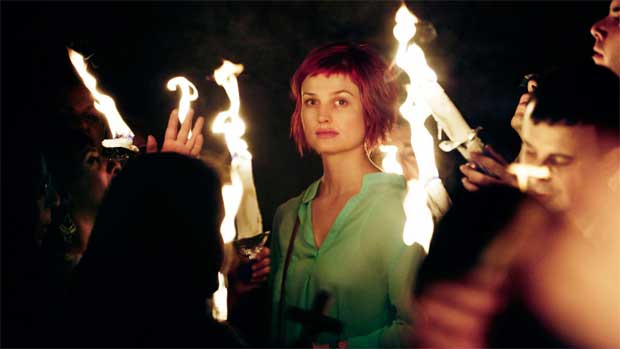 It’s true that this novelistic style, outside of the soaps, can be dated back to the late 70s with BBC sci-fi series Blake’s 7. However, it really took off in a big way in the US in the early 1990s. Shows like The X-Files, Murder One and Buffy the Vampire Slayer built dedicated audiences attracted to the idea of getting in on the ground floor of something that promised to deliver more than simply an adventure of the week. The idea of a story arc, as exemplified in Babylon 5, rapidly took hold, compelling audiences to watch from the beginning lest the fall rapidly behind.

With the length of series back then running to 22 or even 24 episodes, that could be a turn off for viewers coming late to the party. Today, that is less of a worry for producers and broadcasters, with the rise of DVD and on demand streaming, coupled with shorter episode runs, allowing audiences to binge watch over a short period of time and catch up with those early adopters.

Dig, a ten part television series developed Gideon Raff (Prisoners of War – later adapting it into Homeland) and Tim Kring (Heroes, Touch) is another entry in this more dense form of storytelling. Set in Jerusalem, the United States and Europe, it weaves multiple plotlines that expose a conspiracy dating back 2000 years. FBI agent Peter Connelly (Jason Isaacs), reeling from the suicide of his daughter, and estranged from his wife, has been transferred to the FBI offices in Jerusalem.

He works with FBI Legal Attache Lynn Monahan (Anne Heche) long time friend and casual lover. Stumbling across a vigil one night, Connelly meets Wilson (Alison Sudol), whose red hair reminds him of his daughter. That evening they strike up a friendship, which makes his discovery the next morning that she has been murdered even more painful that it otherwise would be. Wilson’s work with archaeologist Ian Margrove (Richard E Grant) who is searching for the fabled Ark of the Covenant beneath the Temple Mount, begins a process of unravelling the conspiracy that involves Christian and Jewish fundamentalists working together to raise the destroyed Temple of Jerusalem.

Even though Dig is only ten episodes long, it is in no hurry. It’s pacing is languid – the plot doesn’t really get started until about episode three. Having to cover three separate plot strands means there is a lot of back and forth across three continents. This can be frustrating especially if you are enjoying one of the strands more than the other (likely the Jerusalem one). There is a pleasing mystery to solve with regards to events occurring in New Mexico, where a compound full of boggle eyed Christians have hatched a plan not too dissimilar to that of The Boys from Brazil (without the Hitler clone) to fulfill a prophecy. The third strand, involving the troubled shipping of a red heifer from northern Europe to Israel is rightly the least deserving of your attention. 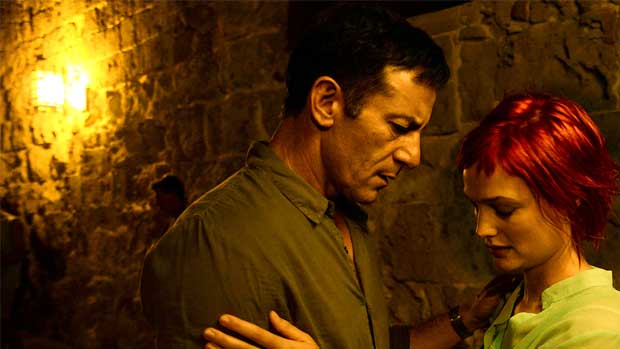 Jason Isaacs as FBI Agent Connelly portrays a rare television character – someone over the age of forty. In a lot of ways, Isaacs look and performance reminded your reviewer of Bob Peck’s role as Ronald Craven, the grieving father in the seminal BBC series, Edge of Darkness. Both are policemen, both have lost their daughters, and both wrestle with a massive conspiracy that threatens to swallow them up. His performance with Anne Heche, the hardbitten FBI Legal Attache and the relationship they have, is the highlight of the series.

The supporting cast, led by Heche, is a mixture of US and Israeli actors. Until the latest iteration of the Israeli-Gaza conflict flared up around the time of recording, the intention was to shoot the entire series in Jerusalem. Regardless, the location shooting adds a great deal of depth and local colour to the production, as do the use of non-US actors. Israeli actor Ori Pfeffer (World War Z), plays Connelly’s erstwhile partner Detective Golan Cohen with a mixture of exasperation and cheek that makes the combination work.

Dig is a lot of fun. It is slow, but patient viewers will be rewarded as the series evetually builds up momentum in the last stretch. As with all conspiracy thrillers, there are twists and turns that will leave you scratching your head or quietyl fuming. Characters you’ve grown to like will die, and in one case, come back to life. There is a hint of the mystical in the series, which is no surprise, given the nature of the conspiracy. Not everyone will be satisfied with the series’ resolution, but whatever your opinion, this story arc is resolved. 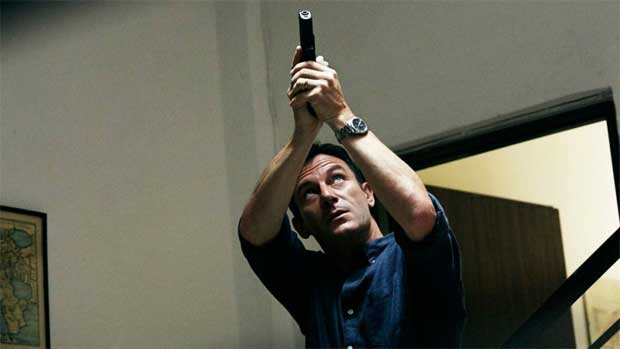 What Dig does do, however, is immerse the viewer into a wholly realised world that has a beginning, middle and end. Just like the very best novels.

As with all modern releases, that audio and visuals on these trio of DVDs is exemplary. There’s a great deal of night shooting involved, and the important details are never lost in the dark backgrounds. The audio is crystal clear and appreciated all the more for it. Sadly, there are no extras on these discs, but at almost 500 minutes of story, what more could you ask for? 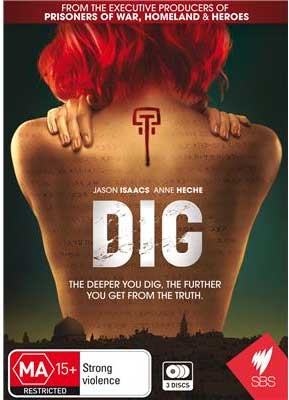