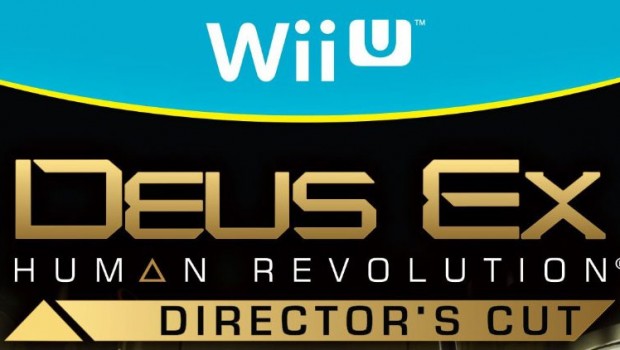 Summary: It follows the same formula, excellent story and open ended problem solving and combines this with RPG elements and modern game play but with Wii U enhancements

Originally released on the PC, PS3 and the XBox 360 in 2011, Deus Ex Human Revolution was a true sequel or prequel to one of the most revolutionary shooters in modern gaming. The original Deus Ex provided gamers with a whole new style of game play, seamlessly combining both RPG and first-person shooter elements, combined with a truly intriguing story. The key to the success was greatly accomplished by allowing players to really play the game however they wanted, whether through stealth, hacking, conversation or pure force, none of were discouraged. Given that  Deus Ex Human Revolution Director’s Cut is basically the original game with the Missing Link DLC added. 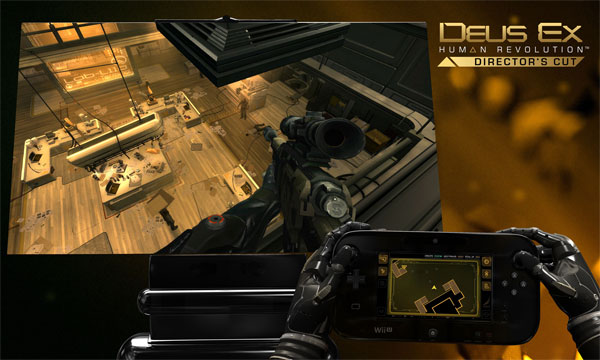 However the game has received a brilliant facelift for the Nintendo Wii that offers a plethora of awesome Wii U features with updated graphics, controls and content. This is more so with the GamePad which includes touch-screen hacking, interactive map editing, augmented sniping, grenade throwbacks and other neural hub enhancements. Add in Miiverse integration and access to developer commentaries plus in-game guides and this is truly the definitive version of Deus Ex Human Revolution. It’s a great day to be a Wii U console owner! 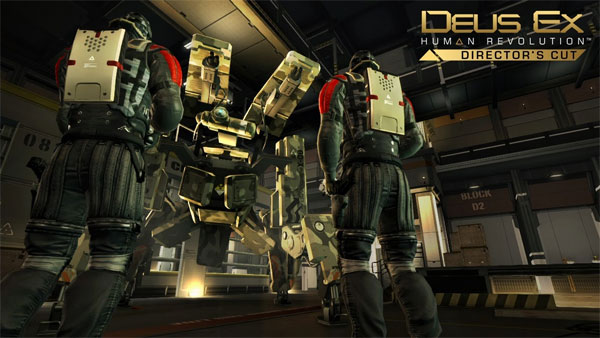 As any fan of the original will testify to, story is absolutely essential to Deus Ex. Human Revolution does not disappoint in this department. The story is filled with deceit, conspiracy and many choices for the player to make. I don’t want to give too much away here as for those who are going to play it you will not want too much spoiled. In short though, you play as Adam Jensen, a former SWAT officer who is currently head of Security for a corporation involved heavily in the business of augmentations. And of course, as this is a Deus Ex game nothing is quite as it seems. I won’t give anything away, but this won’t disappoint fans of the original. Newcomers will not be left in the lurch either, it is essentially a whole new story where you don’t need knowledge of the original, but there is some familiarities for those who know the Deus Ex universe.

Gameplay wise, Human Revolution does not disappoint. Players are free to complete objectives multiple ways, and the game never discourages any choices, much like the original. Players are able to sneak, shoot, hack and converse or any combination of the aforementioned. To compliment these different play strategies there are a range of augmentations that you can use to enhance your abilities. An experience point (xp) system is used to perform upgrades, earning xp will net you Praxis points, which can be exchanged for upgrades. Some examples of augmentations available are cloaking, jumping, landing from heights and improving hacking abilities to name a few. Any combination of these can be used to create a character suited to your exact play style. And in general you never feel as though you are punished for your choices, unfortunately this is not always the case. 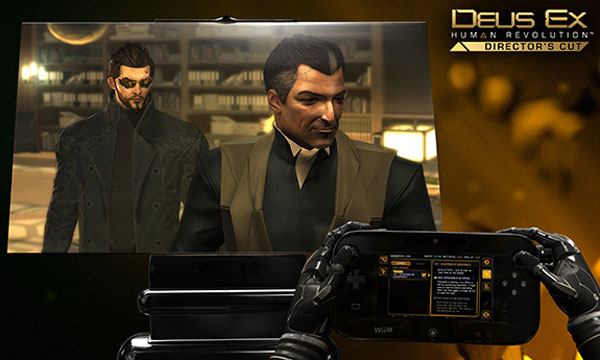 Through my first play through I chose to take a stealth/hacking style, and throughout the vast majority of the game this was not a problem. However the boss battles forced me to have a gunfight. And when you haven’t upgraded any of these augmentations and never really been too concerned about your firepower, these were very frustrating and led me to die multiple times. The controls for the shooting itself is not too bad, especially on the GamePad but it does feel tighter on the other consoles. However the tablet map and touch screen inventory management is a godsend on the Wii U and nothing is more fun than using the GamePad to hack. Exploration and experimentation is also encouraged by the knowledge that there are auto-saves when you enter a new area; this eliminates a great deal of frustration, especially when trying out novel solutions. Boss battles are not as epic as the original as this version allows for additional stealth mechanics but then again, this is what Deus Ex Human Revolution is all about.

Human Revolution has a unique style, it goes against the normal bluish tones seen in future settings, and instead goes for a vibrant black and orange palette. This creates a stunning visual style that I have not seen before, and certainly creates a world that you want to explore. Objects that the player can interact with are highlighted with a bright orange glow, this came across as a little vulgar initially but was very helpful and eliminated the need to hover your reticule over every single item. There are also references to the renaissance period, mainly in the clothing of some of the main characters, establishing a link to the period.

The rest of the visuals are fairly run of the mill, saved mostly by the excellent artistic style of the world. Character models are a little simple but they certainly get the job done. The environment also can show of lack of modelling detail, fortunately the textures save it here. The lighting work in some areas creates a sense that there is a lot more detail in each piece of the environment than there actually is, and the effect is awesome, the shutters opening in Adam’s apartment or David Sariff’s office are definitely highlights. Although the graphics are not the best available, fans of the series know that graphics is not why you play Deus Ex, it is all about the story and game play. Some of the pre rendered cut scenes look pretty amazing, courtesy of the team at Square Enix. 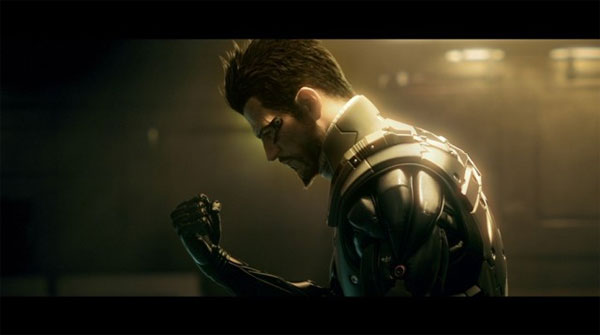 Throughout Human Revolution there are throwbacks to the original, this is especially the case with the soundtrack, early on in the game there is one track in particular that transports you back to the original. The soundtrack throughout is really well handled, it never overpowers the action on screen, but you are always aware that it is there and adds to the experience. Long time fans will love the soundtrack, newcomers should enjoy it too, but without that nostalgia with a couple of the tracks the significance may be missed.

The voice work is really good, considering the sheer volume of dialogue featured in Human Revolution there are virtually no lines that feel forced or out place. There are a couple here and there that may seem strange, the vast majority are well voiced and everything fits the story and the environments. This is pretty amazing considering not only the key story dialogue, but that you can talk to anybody that you come across, even if they spout off the same couple of lines, you generally will run into the same sentences over and over. The best part of the conversations is the choice in response, this provides for some very interesting and some tense conversations. This is made even more interesting when you have the conversation augmentation, which allows players to get brief descriptions of the individual’s personality and then respond appropriately, meanwhile releasing some pheromones to support your argument. This can really shift the outcome of different events.

Human Revolution provides superb value for money, the game can be relatively short if you rush through it and can easily take 40+ hours if you explore every nook and cranny. And I have little doubt that long term fans will want to play through more than once using different styles and try and break the game in various ways. This is where the game excels, it allows for multiple play throughs without having to artificially inflate anything, and the game play lends itself perfectly to multiple styles and experimentation. There is as much value as you can handle in this game, without the need for pointless collectibles or absurd achievements, you will just want to experiment.

The 45 minute “Making Of” video is really great as well and gives you a behind the scenes look into this amazing video game series. The commentary which takes up around 8 hours of time throughout the campaign mode also gives you a special insight into the game and the reasoning behind certain elements of the gameplay.  This can be disabled quite easily as well but it will tell you about Easter Eggs and a few gags about the game. 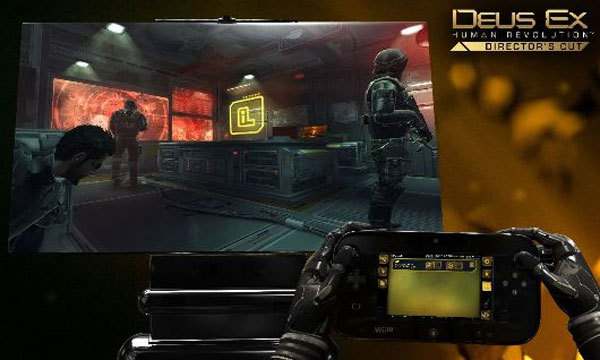 Deus Ex: Human Revolution is the sequel, or prequel that fans of the original deserved all along. It follows the same formula, excellent story and open ended problem solving and combines this with RPG elements and modern game play. This stays true to the original concept and built on what made it so popular but with Wii U enhancements. Fans of the original will likely buy this regardless of what any review says about it, but for newcomers, this will not alienate and provides an excellent and unique game play experience that you will not find in any other shooter. And for those run and gunners you can even play it that way… So here’s the definitive version of Deus Ex Human Revolution on the Wii U with the Director’s Cut and man, was it a great ride!