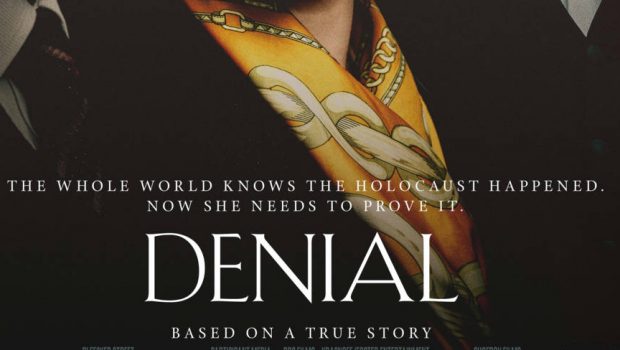 Summary: In our current world of "alternative facts" and "fake news", the fight for the truth seems even more important.

It is always interesting to see a “based on a true story” film, as they say truth is stranger than fiction, but when the truth is about the fiction that someone is spreading about the truth and one persons fight to show the fictions for what they are… thing can indeed get interesting. Denial is indeed based on the true story of the legal battle between David Irving and Deborah Lipstadt in which David brought about a libel suit against Deborah for labeling him a Holocaust denier in her book. The British legal system puts the onus on the accused to prove their case and so the legal team set about trying to show that indeed David is a Holocaust denier.

The underlying story is a fascinating one and is certainly very relevant today with news media being accused of lying, ironically by someone who is continually caught out in lies. The notion of free speech and the assumed protections that come with it versus the right to defend truth against “opinion”. To stand up for the truth and to attempt to put a halt on falsification of history is quite a worthy cause and certainly makes for a heroic character in Deborah, however I did have a degree of difficulty with the character and I really don’t know if it’s how she was written and portrayed on film or if that is true to the real life Deborah. In the film at least Deborah comes across as a bit annoying, she doesn’t seem interested in finding out why her legal team are taking the approach they are (though they don’t really point out some of the peripheral reasons it makes more sense either) and just seems very standoffish, not least of all when refusing to bow at court.

Frustrating character/isations aside… the core of the film is very important and left me wishing there were more people who would stand up to these deniers. It is in that sense that this film has perhaps not sunk some what out of relevance but rather stands tall and is just as firm an example of how we should not let people get away with spreading their “opinions” when those “opinions” are simply lies. 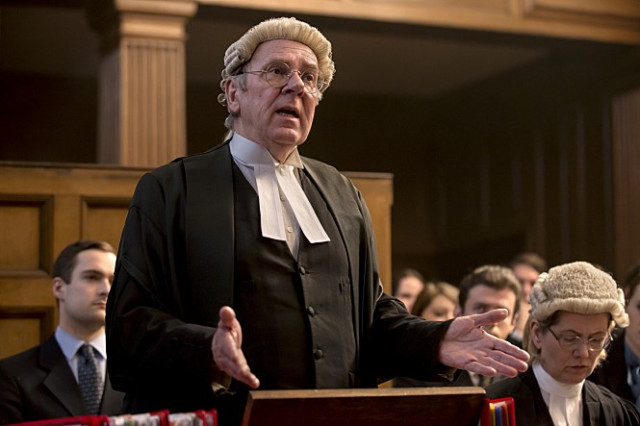 Given the events that are at the heart of what this court case was about, it seems somewhat inevitable that we should see the site of the horrendous actions that took place. I’m not sure if I have ever seen before the room with the stacked shoes of the victims but I found that particular scene quite moving and it was done in the right way… no dialogue, just a simple camera pan from left to right, showing the sheer volume of shoes and possessions left behind.

Video and audio are of a suitably high level but I was disappointed by the extra features. There is one “making of” but it seems far more like a quick chat to the key people about the film rather than the making of. What I also would have loved (but this is admittedly greedy) would have been perhaps a documentary on the Holocaust, possibly from the approach of “this is what deniers have said… this is the evidence that shows they are wrong” or similar. 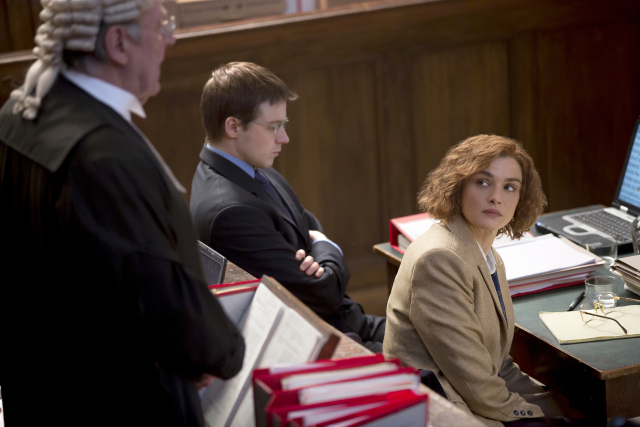 In the end I’m not really sure I recommend this film. The material is absolutely important, the message is arguably even more relevant and the problem it tackles is more pervasive. But there was just something about the way it was put together that didn’t really grab me. I can’t quite put my finger on it but suspect that it may have been some fairly “obvious” filmic points such as showing a newspaper headline that implies they will fail and then having a counterpoint. The end that opts for essentially a slab of exposition that feels like they didn’t know how to progress from the end of the trial period to the verdict itself. There’s just that certain spark that is missing. I think the film would work well as an educational piece and could certainly see it being incorporated into school curriculums but as a part of a home movie library… perhaps best left to a borrow from the local library instead.