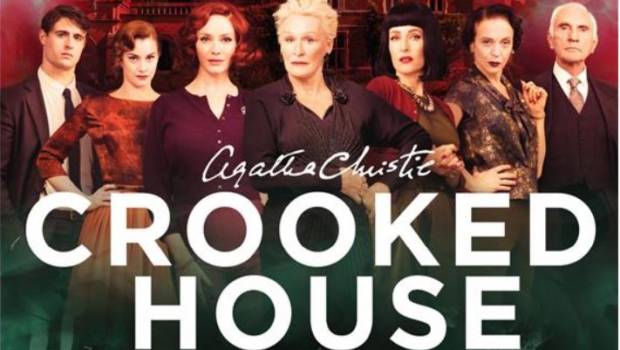 Summary: A Crooked House seems to be a film that you would watch once, but it would not turn into a family favourite that you would continue to watch multiple times.

Another Agatha Christie novel has hit the big screen in Crooked House, and after Kenneth Branagh’s remake of Murder on the Orient Express, director Gilles Paquet-Brenner had a lot of pressure to turn this remarkable twisted tale, into a captivating film. Resembling a game of Cluedo, Crooked House revolves around a suspicious death in a family household, then the detective comes in to question a resentful, backstabbing family who are all under suspicion. 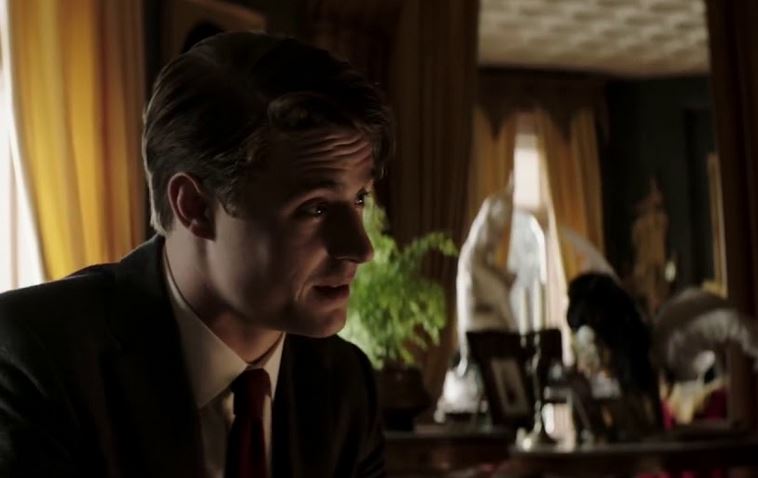 Set in 1960’s England, the film starts off with shots of old cars and fashion to resemble its setting. A lot of effort was put into making the setting look realistic, and it paid off well. However, Little to no music at the start of the film, made it a lot harder to captivate the audience. Eventually opening to the cramped, messy office of private detective Charles Hayward (Max Irons) looking through paperwork. Who then gets a visit from his old love Sophia (Stefanie Martini), after her grandfather had bitten the dust in peculiar circumstances. The giant family, including Nanny (Jenny Galloway) were all being questioned by Hayward about particular events that could lead to the exposure of the grandfather’s murderer.

With a star-studded cast, you would only think that the acting would be amazing, but in fact it was subpar. There was rarely any engagement to emotions, which made scenes boring and unenthusiastic. That being said, there was a shining star throughout the entire film, who stood out from the beginning. Honor Kneafsey who played young ill-behaved Josephine was the most captivating and entertaining character. Producing her lines with emotions that the other actors, despite their age and experience, were not achieving. The other actors cannot take all the blame though. The writing and directing of the film turned an outstanding novel into a movie that will put you to sleep. There was not enough story to each character for the cast to become creative with their acting. This created scenes to look robotic, as there was no room for acting outside of the box. 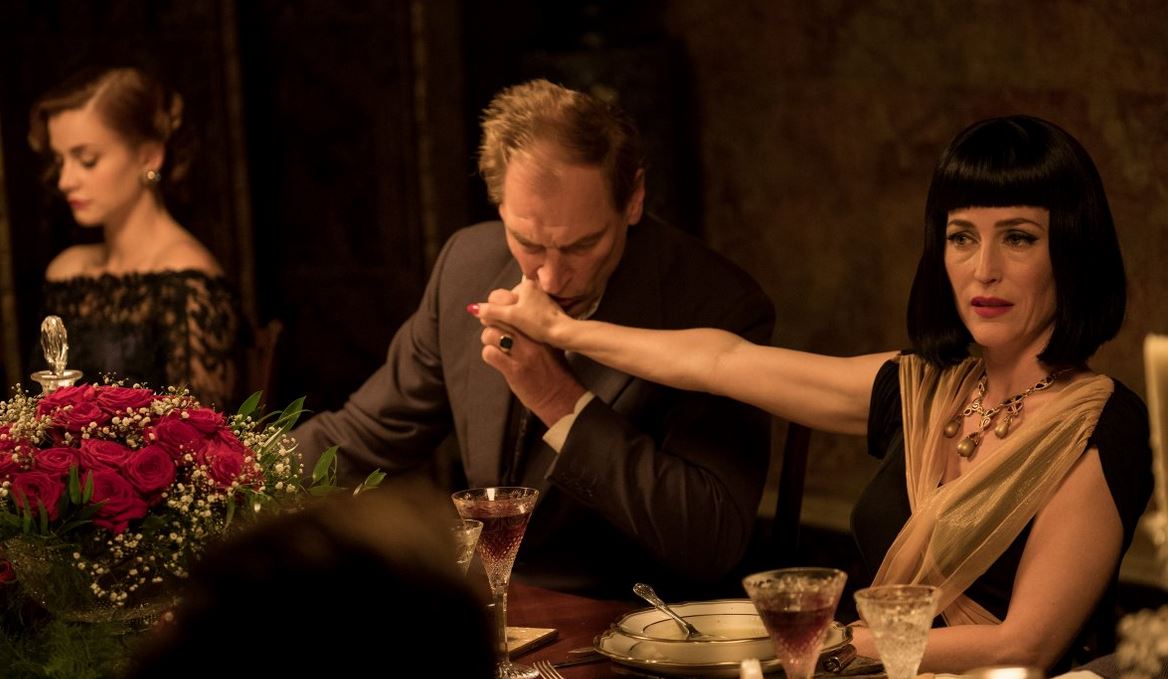 One of the only interesting things throughout the movie, was the giant castle they were living in. Which created a very 60’s vibe with the home decorations, stunning artwork, and sculptures in each room, making it very breathtaking. The rare taste of music allowed the audience to become more engaged with the film, but unfortunately there was not enough throughout the whole film to improve it greatly. The storyline at times hard to follow but towards the end having some very dramatic twists and turns, that could really get you thinking about who the killer is. Although the big event was the murder of the grandfather, the drama between families, and loved ones had a hint of entertainment to keep it interesting. If only these events where taken to the next level, then the movie would have been a better watch. 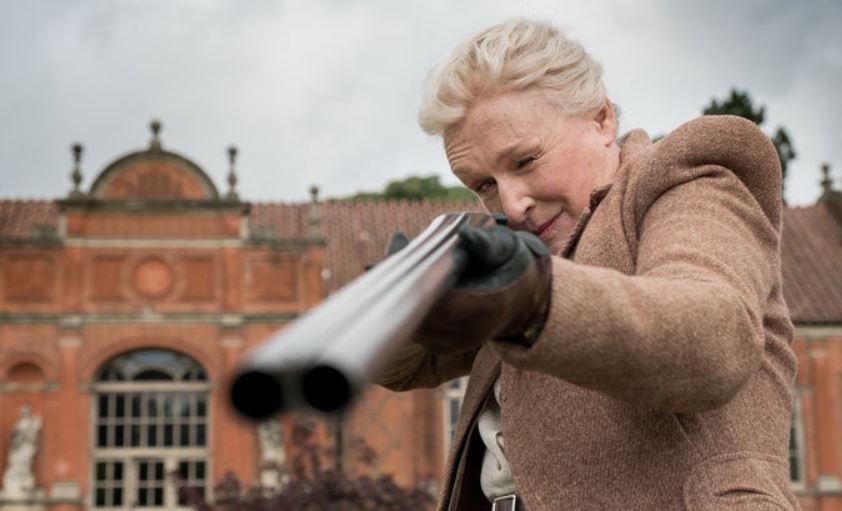 In conclusion, based on Agatha Christie’s novel, Crooked House had some glimmers of hope through the 1960’s setting, which included accurate props, fashion and music, and it also contained great acting from the young Honor Kneafsey, who kept us engaged every time she was on the screen. Unfortunately, the lack of emotion from the other actors, the poorly written script which contributed to the lack of creativity and robotic scenes, and the minimal amount of music used, made the scenes dull and boring.

Hopefully a remake will be in the works somewhere in the future to portray the novel in a much more enthusiastic and entertaining way. This film would be recommended for viewers who are interested in murder mysteries, but if you are a fan of the novel, going to watch this film may not be the greatest of ideas as the film does not do the novel justice. Crooked House seems to be a film that you would watch once, but it would not turn into a family favourite that you would continue to watch multiple times. 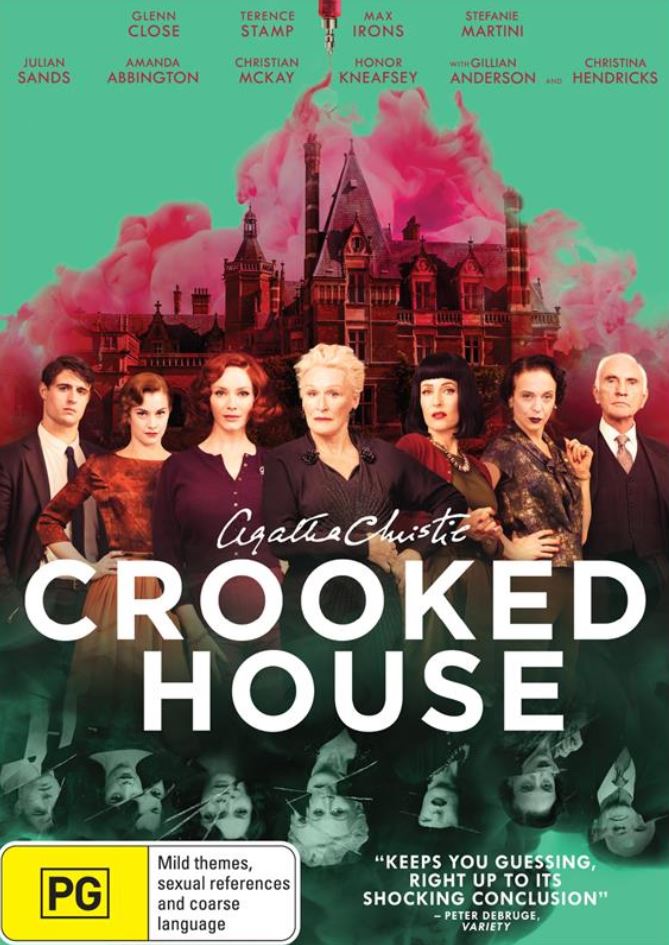