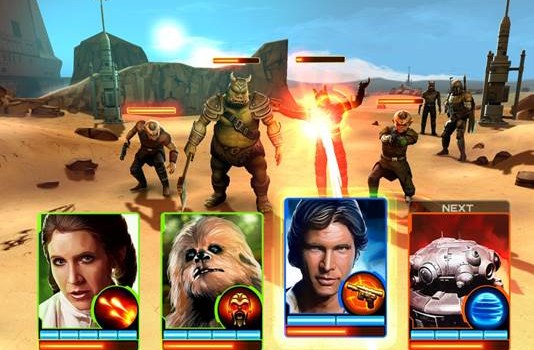 Disney Interactive, in collaboration with LucasArts, launches a new strategic combat game for iOS, Android and Windows Devices
Assemble a powerful team of heroes to battle enemies and other players

Disney Interactive today launched “Star WarsTM: Assault Team” for iOS, Android and Windows Devices. In this new interactive turn-based combat game with card battle elements, players will collect and assemble a powerful team of heroes to battle enemies and other players across the Star Wars™ universe.

Players will embark on epic missions to infiltrate the enemy fleet, find the Wookiee resistance, survive ambushes on the streets of Mos Espa, and battle across such planets as Tatooine and Kashyyyk for control of the galaxy.

In Star Wars: Assault Team, players will be able to: