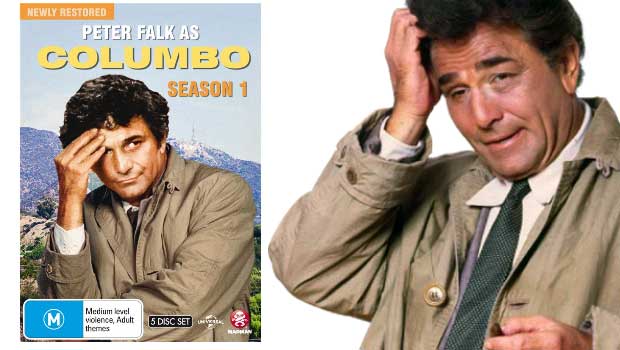 Summary: Columbo Season One is like taking a time machine back to a lost era of human existence

There are few actors as closely linked to the character they have played as Peter Falk is to police detective Lieutenant Columbo.  The creation of Richard Levinson and William Link, the rumpled, unprepossessing Columbo appeared for ten seasons spread over 35 years as Falk entertained several generations of viewers with his inimitable performance.

Watching these initial nine episodes first screened between 1968 – 1972 is a complete culture shock, not only in television production terms, but the now lost world depicted.  Too often, we think that our modern existence is infinitely more sophisticated and smarter than those who lived now almost fifty years ago.  And yes, there is a certain naivety in the depiction of gender relations in that era, but that is related to the censorship restrictions of the day, and not any faux innocence.  The women depicted in these early episodes are fresh from the sexual revolution that convulsed America in the 60 – the have agency, they have style and they certainly have sass (and various degrees of murderous intent).  And murderous motivations are the same no matter the era they occur. 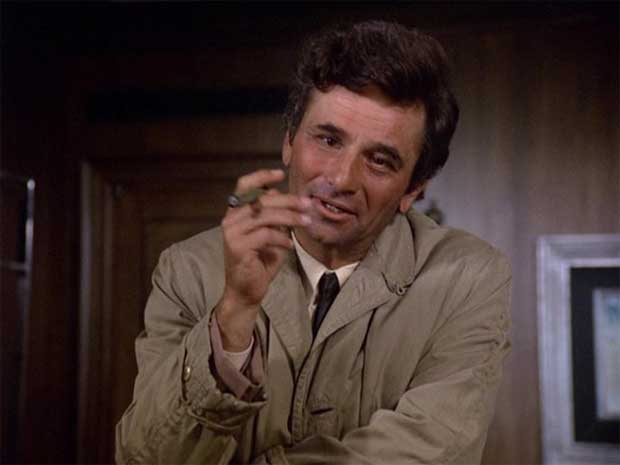 Shot on a single film camera, and airing as part of the weekly rotating NBC Mystery Movie, these early episodes of Columbo have the feel and pace of a movie.  Each story is an example of what is known as the inverted detective story, where the audience is privy from the beginning to the motivations and methods of the killer.  The key to each episode is how Columbo slowly, methodically unpicks the elaborate murder plots, until the truth is laid bare for all to see, and the killer is led away.  Often the viewer will feel a rising anxiety as Columbo creeps closer and closer to the truth, until you realise that the person you are worrying about is actually a murderer.

The key, of course, the long running success of the series lies with Peter Falk.  A well regarded film actor (The Princess Bride, It’s a Mad, Mad, Mad, Mad World), Falk brings a quiet charm to the role as he jousts with men and women intent on getting away murder.  Short and squint eyed, often seemingly distracted, Falk’s Columbo sifts diligently through the clues, examining again and again the evidence, often accompanying the suspect through their day and in the end exposing their lies and deceit and murderous ways. 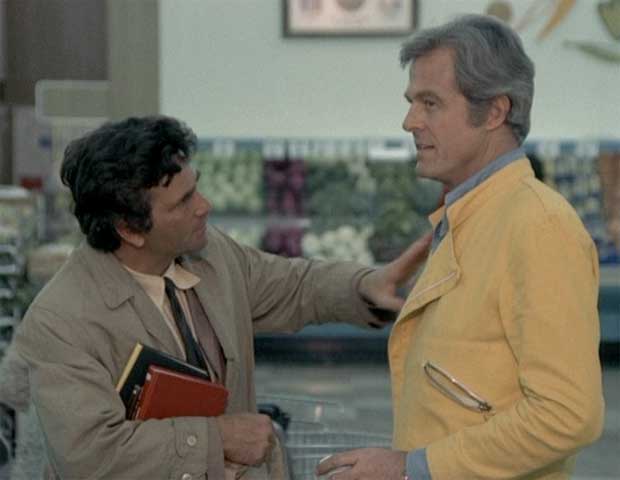 One of the treats of watching these early episodes is the talent, in front and behind the camera, on display.  Steven Spielberg directs a season one episode, Murder by the Book, which was written by Steven Bochco (Hill Street Blues, NYPD Blue).  Actors of the calibre of Janet Leigh, Robert Vaughan, Patrick McGoohan and Donald Pleasance are but a small array of stellar acting talent to appear across the series.

Why should you watch these?  In an era where flashy, slick, gun happy, gory soulless crime shows hold sway over great slabs of the evening television schedule, this set of Columbo episodes is a welcome respite from all that hectic action.  Made with care, featuring famous movie actors, and from an era where television reigned supreme, this set of Columbo episodes offers many hours of entertaining viewing.  Now, where’s my shabby raincoat? 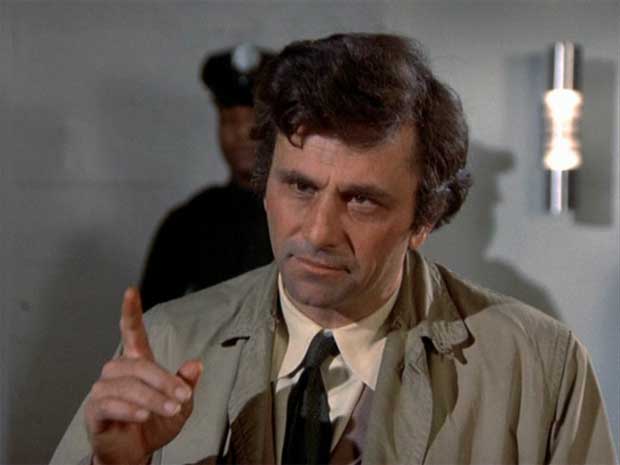 Overall:  watching these episodes is like taking a time machine back to a lost era of human existence, where the men were men, the women very good looking and the murderers were often oppressed by their partners and just looking for a way out.  Falk is brilliant in his shambolic way as the seemingly ineffectual Columbo who is always more brilliant than the murderers he goes up against.  Paced to perfection, they offer a window onto the past and an entertaining blend of writing and acting. 5/5

Visual:  shot on film, the transfers here very occasionally display scratches and sparkles.  The colours aren’t as vibrant as they possibly could be, but without being able to compare to the original broadcast, it is hard to say whether more could’ve been done with the elements.  However, given the extreme age of the film, the picture quality is a marvel to behold.  4/5

Audio:  recorded in mono, the soundtrack comes through loud and clear.  The music in each episode is often an important element, and again, a window onto a different era of television production. 4/5

Extras:  textless credits, and what we would now call a trailer for the rotating stories that appeared on NBC featuring Columbo.  1/5 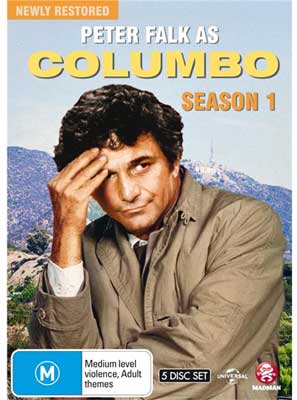