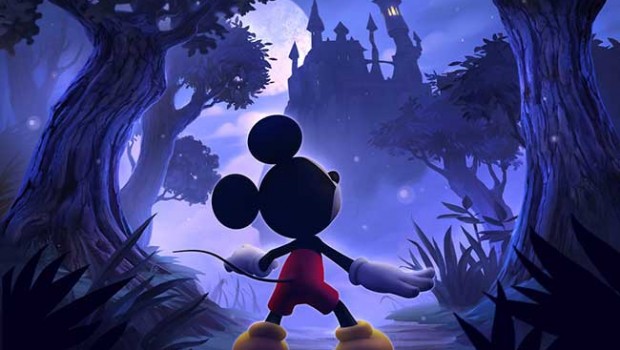 Summary: This is a really fun game on the iOS with amazing graphics, great audio and some classic reimagined gameplay.

One of the most memorable games on the Mega Drive was Castle of Illusion Starring Mickey Mouse which really pushed the genre of platforming and featured a diverse and colourful 16-bit universe for gamers to explore. It was one of the best games of the Mega Drive and boasted some amazing graphics and gameplay.

Thankfully SEGA revisited this title on the last generation of consoles (PS3, XBox 36) with some stunning HD graphics and streamlined gameplay which worked like a treat but like the original, the difficulty remained.

The story of Castle of Illusion Starring Mickey Mouse revolves around the world’s favourite mouse as he needs to embark on a dangerous quest to rescue Minnie Mouse from the wicked witch Mizrabel. If Mickey does not rescue Minnie in time, the vile witch will steal her youth. 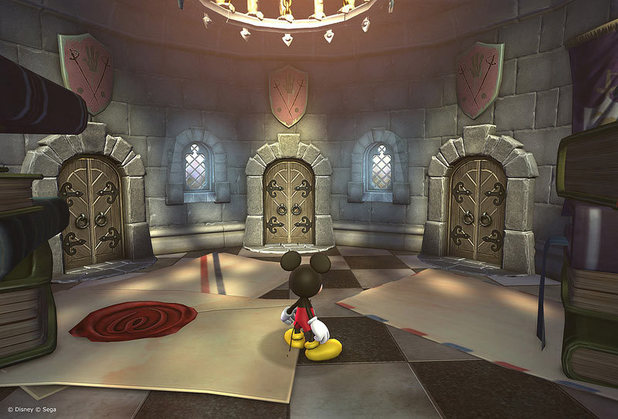 This time the iOS receives the same game and on our iPad with Retain Display, the graphics look amazing. In essence, the game is identical to the aforementioned consoles but you control Mickey with the touch screen in classic Super Mario fashion. As the difficulty of the game is quite high and this title comes from an era where platformers were very unforgiving, some players may get frustrated with the gaming mechanics.

In the title, you basically control Mickey with the virtual left thumbstick on the right of the screen and jump by swiping up on the right hand side of the screen. Unlike traditional controllers, if you lose your spot on the screen, it can sometimes mean the difference between life and death. 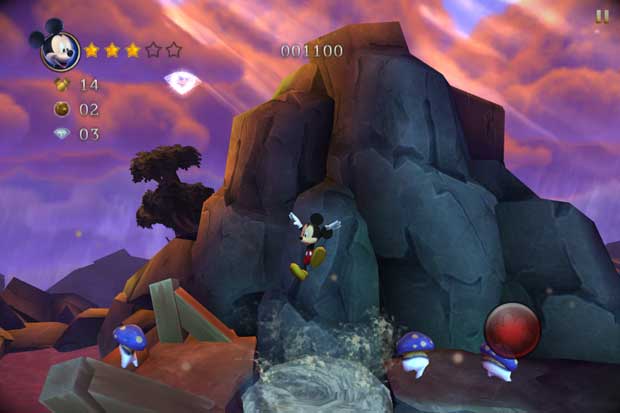 Apart from navigating in the Castle of Illusion, Mickey also has access to apples which he can throw at enemies via a virtual button. Another way of defeating enemies is also by jumping on them which is a little trickier, especially with the virtual controls. Needless to say, it does take some time in getting use to the control system and once you do, the difficulty does drop a little. But hey, this game is retro and so is the diffculty!

As you navigate Mickey through this world, you have to avoid dangerous obstacles and solve a few puzzles along the way. You do have limited health and if it reaches zero, the game will reset you at the start of the level in classic old school fashion. This can be VERY frustrating.

Graphically, the game looks gorgeous on the iOS. It’s like a Disney cartoon come to life with these almost painted like backgrounds. To compliment the lush graphics, there’s some great voice acting by both Mickey and the presenter with lots of sound effects and remastered versions of the original music from the Mega Drive version.

The game definitely borders art on the iOS! 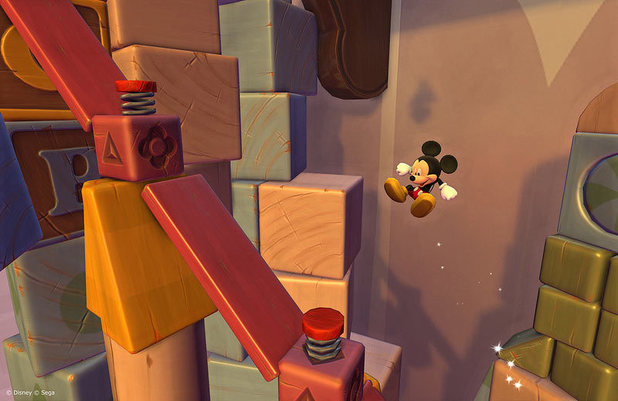 Castle of Illusion Starring Mickey Mouse is a great game on the iOS but it does come with two cons. The first is the price which is a little high for an arcade platformer but given that this is a fully fledged game, it’s almost acceptable. The second is the sometimes insane difficulty level which may make a few gamers quit in touch screen rage.

However if you persist, this is a really fun game on the iOS with amazing graphics, great audio and some classic reimagined gameplay.