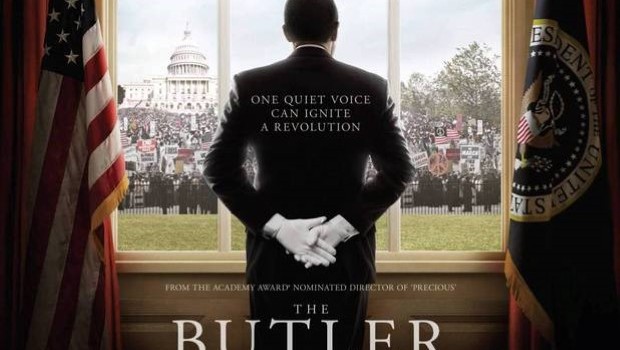 Summary: Somewhat saccharine in its execution in certain scenes, the films still holds up extremely well for the most part, shedding a light on the life of an ordinary man bearing witness to monumental events in history.

Inspired by the real life story of Eugene Allen, a butler who held his post at the White House for 34 years, the aptly named The Butler is the latest film from director Lee Daniels, who previously helmed the heart wrenching Precious. Taking liberal artistic license with the facts of Allen’s life (Not least of all changing his name), Daniels and his crew have used his story as a framework in which they explore the advent of the civil rights movement and the culture of racism that was prevalent at the time, with arguable success. 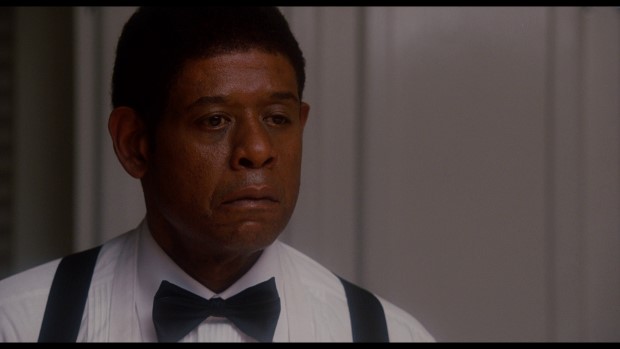 Opening on a cotton plantation in Macon, Georgia, The Butler introduces us to Cecil Gaines (Eventually played by Forrest Whitaker), the son of two field workers who finds his life torn asunder one fateful day when a plantation owner sexually assaults his mother and then murders his father in cold blood for the crime of daring to show his disapproval regarding his wife’s treatment, all in front of the young Gaines.

The matriarch of the plantation takes pity on the young boy and teaches him to become a house servant, saving him from a lifetime of menial labour by giving him the resources with which to educate himself and to learn how to successfully integrate himself into bigoted white society, albeit in a position of perpetual servitude. The simmering resentment held by the murderer of his father towards him leads Gaines to eventually leave the plantation and attempt to make it in the world, only for the idealistic young man to find that people aren’t all that accommodating in regards to offering vocational options.

Desperate and driven by a need to eat, Gaines breaks into a store to steal some food only to get caught in the act by a worker; taking pity on his plight, the worker offers to train Cecil in the art of serving, leading to his employments as a waiter for an upscale hotel where he catches the eye of one of the staff of the White House. Impressed by Cecil’s work ethic, he puts out the call for Gaines to join the White House as a Butler, affording the young Gaines a stable position amongst the service staff for President Eisenhower (Robin Williams). It’s this period of Cecil’s life that forms the main crux of the film, showing us the coming and going of no less than eight presidential elects during his tenure at the White House; the performances of the Presidents range from great (James Marsden as Kennedy) to uninspired (John Cusak’s Nixon), but the biggest issue that some viewers may have with their portrayal is how they’re all depicted as being borderline racist, with even the revered JFK only having a change of heart in terms of his values after watching the efforts of The Freedom Writers and his acknowledgement that Cecil’s own son is directly involved with them.

Speaking of family, equal time is afforded to Cecil’s home life, particularly the strained relationship between Gaines and his son Louis (David Oyelowo), a direct participant in the civil rights movement (and later the Black Panthers) in contrast to Cecil’s role as a mere observer, which becomes the backbone of the entire film. The Butler also takes a look at the ramifications of Cecil’s long work hours upon his relationship with his wife Gloria (Oprah Winfrey, in her first live action role in 15 years) and offers us an insight into African American culture during this period of shifting political climate. The screenplay, penned by Danny Strong (Who some of you may remember as the geeky Jonathon from Buffy the Vampire Slayer), takes a revisionist look at the American civil rights movement, showing us the effects it has not only on modern society and those directly involved but also the repercussions felt in the lives of ordinary people. In this respect The Butler is slightly reminiscent of Forrest Gump, showing us the life of a regular man, partially indoctrinated by his upbringing, amidst the backdrop of a major paradigm shift in cultural values.

Although competently filmed and bolstered by some extremely strong performances (Particular mention must go to both Whitaker and Winfrey), the ambitious scope of the film is occasionally let down by some phoned in efforts by the cameo performances of some of the presidents and some  historical inconsistencies that may prove too distracting for some viewers. Another bone of contention some may have is the “safe” structure and direction of the film and the calculated moments of manipulative tear jerking scenes that are peppered throughout the film, often clearly signposted by the overly familiar conventions of this kind of film. The cast boasts an exceptional line up of some big names, including Cuba Gooding Jr., Lenny Kravitz, Liev Schrieber, Alan Rickman and more, but the emotional core of the film falls squarely on the shoulders of Whitakers performance, which he pulls off with an aplomb not seen since his mercurial performance in The Last King of Scotland.

Hopscotch’s transfer is competent in the visual department, with the soft, dreamlike quality of the direction remaining consistent for the most part, although there is some definite grain present in some scenes and some noticeable crushing during the darker scenes.  The audio is clear and sound levels are clearly defined, all presented on a Dolby Digital 5.1 track that is solid throughout. The Butler features a nice collection of supplemental features including a making of featurette featuring interviews with Daniels and the cast and offering a brief look at the life of the real life butler Eugene Allen, a short interview with some of the surviving participants of the Freedom Riders, some deleted scenes including a rather brutal encounter experienced by Cecil whilst homeless, a music video featuring Lenny Kravitz and Gladys Knight, with the package rounded out by a collection of some outtakes. The quality of the deleted scenes are generally almost up to par with what was included on the film, leaving one to wonder whether it was solely time constraints that called for their excision. Overall, a decent collection of extras that’ll keep fans of the film busy for a spell after the film has concluded. Overshadowed  somewhat this awards season by the similarly topically themed 12 Years a Slave, The Butler is a captivating and emotionally heartfelt film that, whilst not without its flaws, is well deserving of attention. Somewhat saccharine in its execution in certain scenes, the films still holds up extremely well for the most part, shedding a light on the life of an ordinary man bearing witness to monumental events in history; the calculated sentimentality and revisionist look back at history may grate on the nerves of some viewers but I personally found myself enamoured by this charming film from the beginning throughout, even if its patriotic jingoism can come off as a little bit too belaboured at times.

Well worth a look for fans of heartfelt drama, The Butler comes highly recommended.