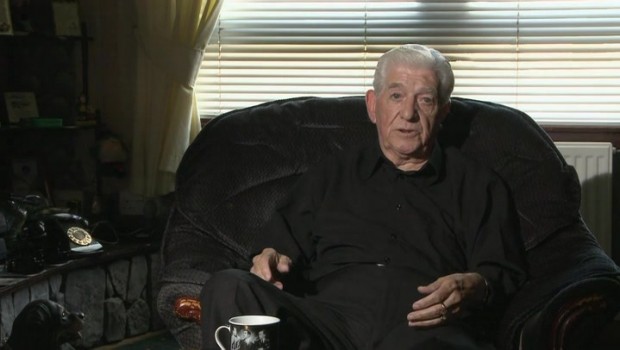 Summary: Darkly glamorous, the world of British Gangsters is best experienced from the safety of your living room.

Imagine a time where the world was black and white. When war rationing had just ended, where an Empire that once bestrode a third of the world had collapsed as the money to administer it ran out. Where large swathes of the cities of Britain were bombed out and where a rising generation born looked to take up the reins of power and influence.

Some of that generation went into politics to run what was left of that former glory. Others sought a different route to power, a harder, bloodier and more violent method that left a lot of bodies, but created a number of legendary figures whose reputations come down to us today. 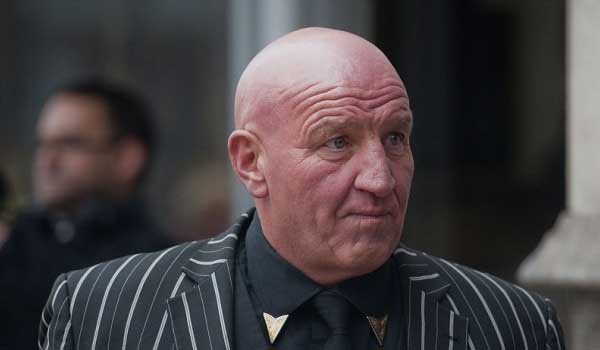 Adapted from the book ‘Faces – A Photographic Journey through the Underworld’ British Gangsters follows the book’s format by taking a look back to the years before and after the era of the Kray brothers, whose violent and bloody reign in the East End of London still echoes today. Writer and director, Bernard O’Mahoney, himself a former member of the Essex Boys, has collected an impressive number of interviews from the men (always men) who survived the golden era of the British gangster.

The premise is simple enough – travel to the various urban centres of Britain and speak with the men who made their name in the criminal underworld. Contrast those interviews with photographs of the era and people, and you have a very interesting take on not only how times have changed, but the people themselves. Apart from looking into the past, the set also interviews more modern criminals, such as Vic Dark, whose amusing anecdote involving a car chase is a highlight.

It’s humbling to see men known for the violence reduced to grey haired, stooped old men, some retaining remnants of their old menace and reputation, speak with frank openness about what they did, and who they did it to. To those of us living a soft, middle class existence, the openness with which these men recount their life and crimes is astounding, and makes for compelling viewing.

The interviews cover the 1940s up to today, venturing from Glasgow, to London and other major cities in between. The tales the men tell are stark, and while there is a certain surface attraction to their tales of honour and adventure, O’Mahoney lets them tell the tales in their own words, and never glamourizes the violence, allowing the viewer to make their mind up about the stories being told.

The most compelling of the ‘old timers’ is Eddie Richardson, a tall, long faced man who still maintains a dark air of menace about him. With his brother Charlie, he formed the ‘Torture Gang’ whose exploits rightly earned them a feared reputation. Eddie tells his stories matter of factly, with no embellishment, and they are the more compelling for it. Budding crime writers would do well to listen closely to him, and observe his character, for their own writing. 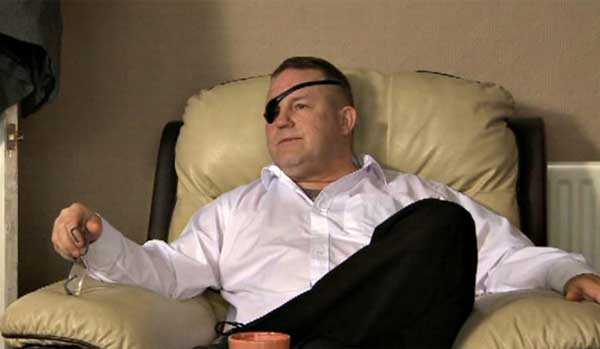 Some of the interviewees give a great insight into the era’s they lived through, especially the 50s and 60s. Frankie Fraser, one of the Great Train Robbers, is interviewed. From Freddie Foreman, we learn more about the Kray brothers than is perhaps wise, and the mystique that has grown around them is pricked more than once with the truth by Eddie Richardson. Of course, this is history written by those who survived, but given their age, there is more than a ring of truth about it.

The Godfather movies gave the criminal underworld a sheen and attraction that carries down to us today, through shows like The Sopranos or even Breaking Bad. These men, who come across as companionable grandfathers or slightly odd older uncles, retain some of that attraction, even when they’re talking about people being robbed, beaten or shot. It leaves the viewer in a morally complex situation of sympathising with the devil, as it were.

This set contains six episodes over two discs, with extras including a launch party for the book that inspired the documentary. The visual quality is a little soft, but this is to be expected given the medium. A bonus would’ve been subtitles, as some of the regional accents on display are occasionally hard for those of us not living in Britain to make out.  British Gangsters is great social history, a document that allows the viewer to (safely) partake in a world we usually only experience through the media. Darkly glamorous, the world of British Gangsters is best experienced from the safety of your living room. 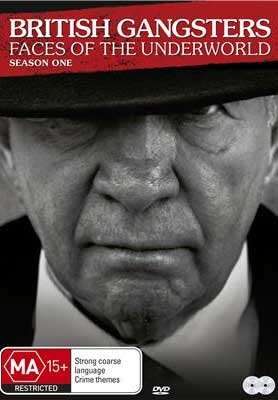