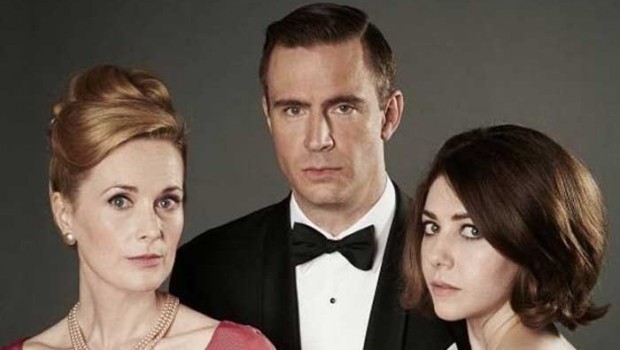 Summary: The enjoyment of watching this series is seeing how the characters survive the changes sweeping over them which makes Breathless an interesting series

Britain in 1961 was already in the grip of change that would only accelerate as the decade wore on. The debacle at Suez in 1956 was the final death knell of an Empire that once ruled a quarter of the world. At home, the Profumo scandal was about to tear away the veil that hid the hypocrisy of the ruling class. And that relatively new National House System brought the benefits of socialised medicine to the wider British public. 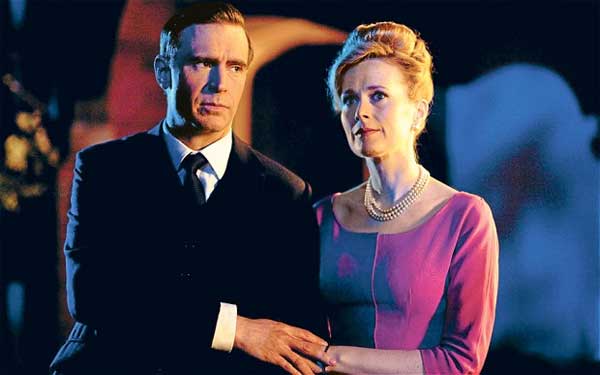 Breathless, in its six part first series, roots itself firmly within this milieu. Set in the New London Hospital amongst a coterie of gynaecologists and attendant nurses, it revolves around a cast of characters whose lives play out against a panorama of marital infidelity, hypocrisy, conformity, lies and deception, which threaten to undermine the ordered lives they lead.

Jack Davenport (Ultraviolet, Pirates of the Caribbean) leads an excellent cast of well-known British actors who bring the series to life. Effortlessly smooth and seemingly in control, he plays Otto Powell, a gifted and well-respected doctor with what looks to be a perfect marriage, who has a sideline in offering backyard abortions. While his motives are noble, he isn’t the only one with secrets.

As the narrative unwinds, we begin to see the cracks and flaws in the lives and relationships of all these characters. Hidden pregnancies, secret pasts, unmentioned marriages. Jealousies, unfulfilled lives, the hypocrisy of a class system that merits breeding over talent.

When Powell offers a small kindness to a young woman in distress, it begins a process were the past comes back to haunt him and threatens to unravel his perfect life. The echoes of this, and his unrequited love for Nurse Angela Wilson (Catherine Steadman), affect all those within his wider circle of friends. Of special note is Iain Glen Game of Thrones, Downton Abbey), whose portrayal of Inspector Mulligan resonates strongly through the story, bringing steel and sorrow in equal measure to a compelling character. 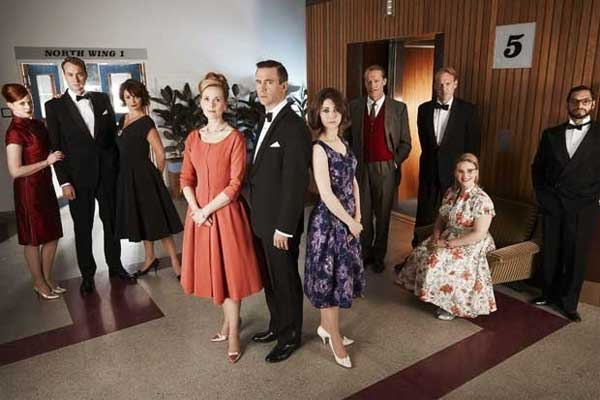 The story revolves around Powell and Wilson, who has her own secret past. Their instant connection makes them an appealing couple, and the tensions and mysteries that keep them apart make for a compelling relationship. Davenport’s portrayal is full of restraint and urbanity. There’s nothing flashy about his portrayal, but he nonetheless draws the eye for the stillness he brings to his portrayal, in an acting world where thespian pyrotechnics have become the norm.

One of the interesting aspects the series looks at is the narrow path women at that time were forced to tread. Unmarried pregnant women faced the sort of social exclusion that would horrify us today. No wonder that backyard abortions, which Powell offers, were in such high demand, no matter how dangerous the procedure. Nurses, once married, had to leave work.

The stain of divorce meant that women, at least those who wanted to maintain their lifestyle, were forced to remain in an otherwise loveless marriage. All this is handled with care, and makes for disturbing, infuriating viewing. But the winds of change were beginning to stir at the beginning of the Swinging Sixties, and this is reflected in the latter episodes of the series. Wilson’s sister, the newly married Mrs Truscott (Zoe Boyle), initially humiliated when her husband takes up with an old lover, turns the tables. She commences taking the pill, claiming control over her body and setting  the scene for a more equal household.

The real strength of the series is in evoke a sense of time and place. Whether ready or not, social change and upheaval was coming to Britain, whether it was ready or not. As with the secrets and lies of all the characters in this series, the hypocrisy of the upper classes, with their traditional family roles and strict morality, was ready to be exposed for all to see. Britain would cope with the change. The enjoyment of watching this series is seeing how the characters survive the changes sweeping over them.

Feature: 4.5/5 Compelling television brought to life by lively characters who each speak with a unique voice. The setting is evoked with deftness, and the central mystery at the heart of the story unfolds so that the tension rises and draws the viewer in.

Visuals: 4.5/5 bright and crisp. The dourness of some of the post war settings is established with dull colours, while some of the zanier colour schemes of the era are used to effectively demonstrate the new reality sweeping over them.

Audio: popular songs from the era help bring the series to life. A saxophone is prominent throughout the series, matching lazy trust in the immutability of existence at that time. 4/5

Special Features: 1/5 All you get is subtitles. For a high quality series like this, with all the love and attention and money poured into it, it’s a real shame the producers could spring for at least a few interviews or behind the scenes footage. 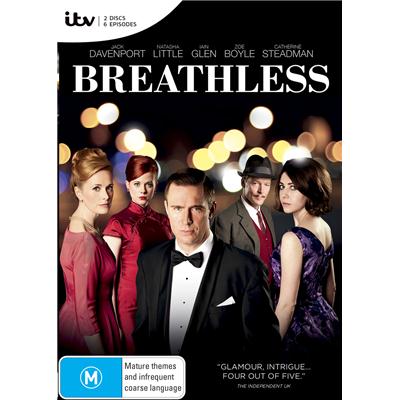