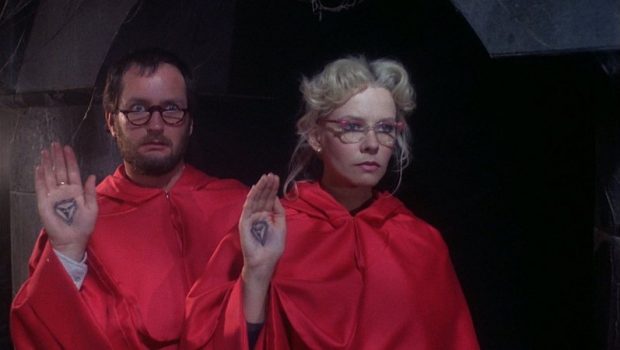 Bloodbath at the House of Death (1984) DVD Review

Summary: Nothing wrong with this one but it just does not stand out amongst the newer horror or comedy movies available these days.

Surprisingly the only movie Kenny Everett was in and offered to him when he came over to the BBC and was a lot more famous. In this story Kenny Everett plays Dr Lukas Mandeville one of six scientists investigating the paranormal at Headstone Manor that had been the scene of a massacre in 1975. Although the locals at the pub look shifty, he does end up singing along with them describing the murders and we eventually get to the manor where everything goes wrong.

This is a type of ensemble horror and comedy movie that is not really done that much these days, Scary Movie not included as this is an original story rather than a pastiche of movies.

While there is a plot involved in this it is mainly that “everybody dies” as happens with these sorts of movies and then to do it in the most entertaining way possible.

What will get out of this depends on how much you enjoy Kenny Everett and his brand of humour such as if you got the box set of his show that has been recently released. Also if you absolutely have to see everything that Vincent Price was in as I thought he mainly did voice roles after Monster Club (1981) so it was surprising to see him here. He gets top billing despite only being in five scenes.

The humour is definitely of the time period and Kenny Everett’s character seems to forget he has a limp in some scenes or limps on the wrong leg (they had to put up a sign saying LIMP!)

There is nothing really that wrong with it but also it does not really stand out these days with all the newer horror movies and also horror comedies. 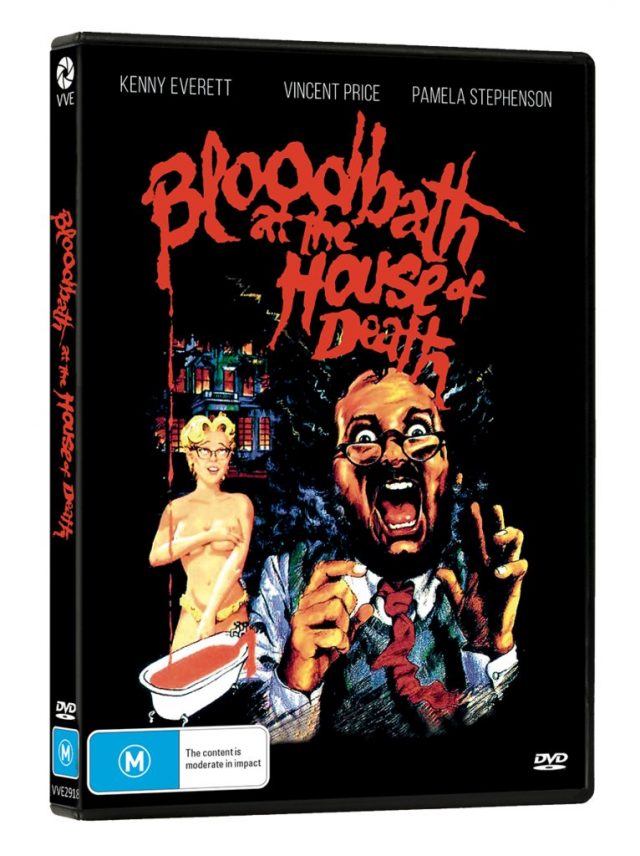