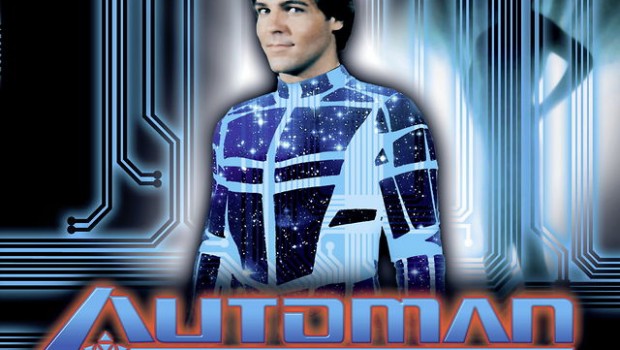 Summary: If Tron and CHIPS had a love child and it got dunked in a vat of Cheese... Automan is what may well come of that.

Automan, the world’s first “Automatic Man”… after I stopped immaturely sniggering at that comment I continued to watch, perplexed at what I was watching. Touted as being “from the producers of Tron”… Automan jumped out at me as something I had to have a look at… the Tron heritage is clear with the neon blue lines and early 80’s sci-fi imagery this was bound to be fun to watch.

After getting through the first episode my inspiration was dashed. But I must remember first episodes are difficult things… they need to set up the characters and establish the core theme of the show. The problem with Automan (at least for me) is that it has dated… it has dated poorly. From listening to Desi Arnaz Jr (yes that Desi Arnaz Jr) as Walter Nebicher describe early computer technology (in one episode he tries to explain to his colleagues how he is going to use a dial up modem to communicate with his computer back home) to the oft incorrect use of the term hologram… I found myself cringing more than anything.

But after forcing myself to sit through another episode I started to let some of those chronological prejudices take a back seat (albeit it helped that Chuck Wagner as Automan, stopped showing up out of nowhere constantly striking the “superhero pose” of hands on hips head tilted upwards looking off to the side and instead started appearing in more “natural” poses). The show started to become more about seeing what antics occurred and how Walter and Automan were going to solve the case. 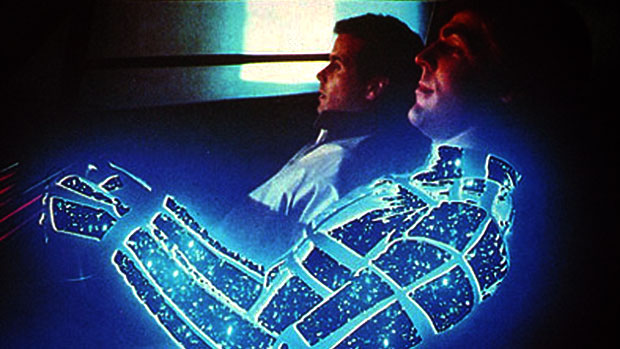 But it is still a very dated show, the acting style, sets and even story telling are very much a previous era. We are now graced with shows that aim for gritty realism and pull in movie actors to front them, Automan was filmed at a time when tv shows were arguably more light hearted and even the serious shows were happy to throw in some one liners or sight gags.

The creators of Automan must have figured having the offspring of Lucille Ball meant they would be foolish not to throw some of that heritage into the show; cue Walter and Automan going for a drive in the Autocar and Walter learning by way of example that the Autocar isn’t subject to the laws of real world physics but rather by the laws of physics as defined by Walter and the computer program Automan comes from… as a result we have a lovely “slapstick” shot of Walter squashed up against the window as they take a 90 degree turn… this is repeated I think twice in this one episode.

But I haven’t even explained who Automan is… Automan as described by Walter is the world’s first Automatic Man… an entity formed from a computer program created by Walter that grew and grew until he materialised and took the form we see. The biggest weakness of Automan… people turning on their toasters in unison! As a “hologram” that draws an extremely generous amount of electricity, Automan is only available during the night… when presumably the majority of appliances are turned off leaving the power grid open to Automan’s needs, but come dawn and he will kindly inform you that he can feel everyone switching on their coffee machines and televisions and their won’t be enough power left over for Automan to remain.

They very cleverly never tell us just how much power Automan needs to exist so we can’t figure out why an entire cities power grid wouldn’t have enough left over to support his material form after people wake up and switch on appliances but a generator powering a chalet with seemingly all the lights and other electrical goods on seems to have more than enough for him to not only materialise himself but also create other “holograms” to help out. 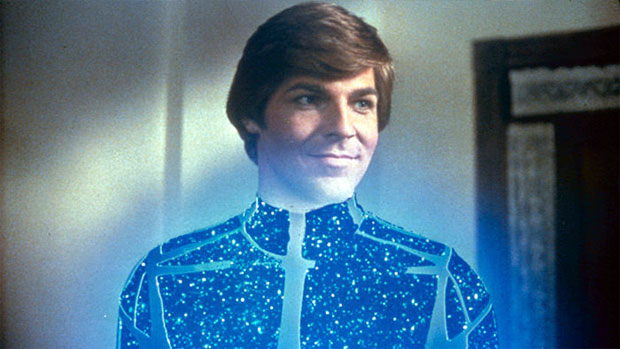 The show is probably best enjoyed either by those who watched it when it first aired or those with a nostalgia bent… I can imagine it being a bit of fun to watch with friends, possibly giggling along the way at the cheesyness of it all. You could possibly go one step further and purchase the box set for a friend and source some of the merchandise to add to it… oh yes, there was merchandise! From vehicles, action figures to a somewhat (ok completely) creepy looking costume set.

The video and audio quality in this set unfortunately shows the age as much as the themes so don’t expect anything special there… but the extra features are interesting, acting as a time capsule of sorts to the innocent and care free TV production days of the 80’s when the internet was only known about by a handful of people and phones had cords.

To watch this series now, some 30+ odd years after it was made, you have to get yourself into the mindset of just going along for the ride… if you do that it can be a bit of fun, the other alternative is as mentioned above, maybe get some friends around and grab a few drinks and nibbles and enjoy for a bit of a laugh. 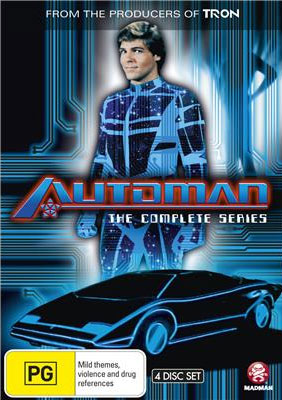