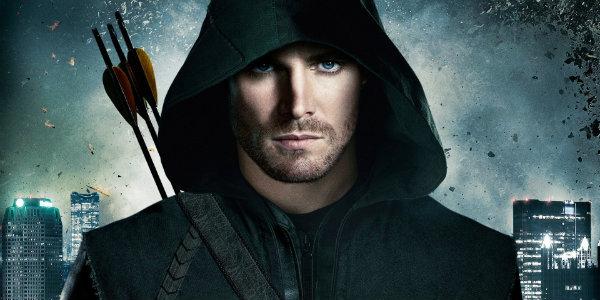 Summary: If you missed Arrow on TV than now's the perfect opportunity to check out this well-written series that definitely moves away from the super hero stereotype.

Arrow is based on the DC Comics character Green Arrow, a human superhero with the uncanny ability to be master of the bow and arrow. Originally created in the Golden Age of Comics during the 1940’s, Green Arrow was a modern interpretation of Robin Hood and since then, he has had many incarnations, including a role in Smallville. With similarities to both Smallville and Christopher Nolan’s Dark Knight, Arrow revolves around millionaire Oliver Queen who wishes to see his city free of crime. However unlike Batman, Arrow is not afraid to use whatever means necessary to establish his goal and sometimes murder is necessary. 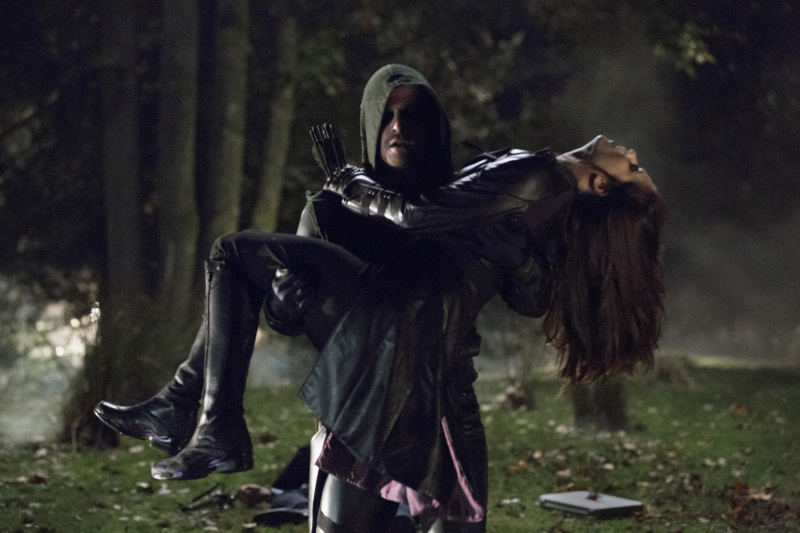 Unlike the comic book incarnation, Oliver Queen in this series is a considerably darker man with more demons and a very interesting back story. Similar to the premise of Smallville (thankfully the camp of Justin Hartley’s Green Arrow is gone), Arrow tells the story of how Queen becomes a hero and the first episodes introduces the viewer to this tortured character. After spending five years stranded on an island, this has changed Queen to the core and when he returns to civilization, he has a new perspective of life, including a warped sense of morality. Back in his city, it’s time for Queen to amp things, especially for the criminal underworld.

However Arrow would not be the success it is today without actor Stephen Amell who portrays Oliver Queen as almost a sub primal hunter in many ways. Not only does Amell look the part but he successfully swaps between brooding and normality quite easy. Arrow thankfully boasts a very strong supporting cast, especially David Ramsey as Diggle who plays an almost Alfred (Batman’s Butler) like character. I also love how the creators have successfully included many DC Comics links into the story such as Laurel Lance (Katie Cassidy) who in the world of comics is Black Canary and is quite a realistic character.

The character Deathstroke aka Slade Wilson (Manu Bennett) is also part of the TV mythology plus The Huntress (Helena Bertinelli) who both translate well to the small screen. Another strong actor is Paul Blackthorne as Detective Quentin Lance, the father of Laurel as is Colin Donnell who is Queen’s best friend Tommy Merlyn and serves as a link to his previous life as a millionaire. As a character Oliver Queen is fleshed out through various flashbacks to his time stranded on the island which shaped him become who he is today, a vigilante anti hero. 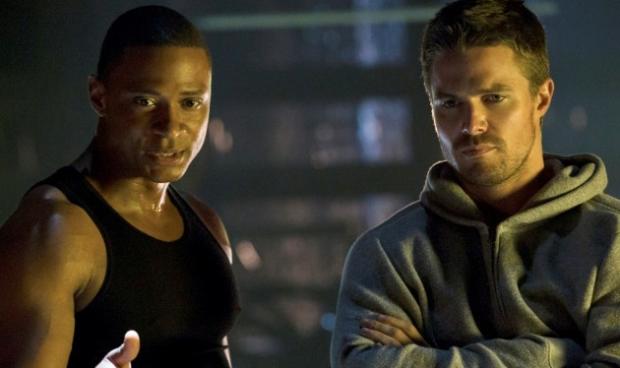 The 23 episodes of Arrow are quite diverse and assist in moving on the main plot lines along without getting bogged down by some convoluted diversion. From common street thugs to secret organisations and some great moments of cat and mouse plus a healthy dose of intrigue, Arrow is a very well written action drama that ends with a dramatic high and a brilliant introduction to season 2. My one gripe of Arrow is the sometimes over reliance on flashbacks and although it does help flesh out Queen, it sometimes distracts from the main themes of the episodes.

Once again, Warner continue to release high quality video releases with Arrow boasting sharp images, deep blacks and vibrant colours when used. Audio is equally as good, especially the 5.1 Dolby Digital track that creates this almost Hollywood type blockbuster that sounds great through surround sound. For special features, Arrow contains two interesting featurettes that includes Arrow Comes Alive! and Arrow: Fight School/Stunt School which gives a great insight into the creation of the series with some strong links to the comic book character and the visually impressive stunts, especially with the incorporation of parkour. There’s also an amusing gag reel which is great to watch, considering how dark the series is plus some highlights at the Arrow Panel at the 2013 Paley fest, including some deleted scenes which nicely round out this DVD release.

If you missed Arrow on TV than now’s the perfect opportunity to check out this well-written series that definitely moves away from the super hero stereotype. 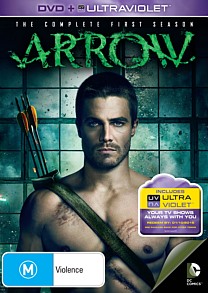