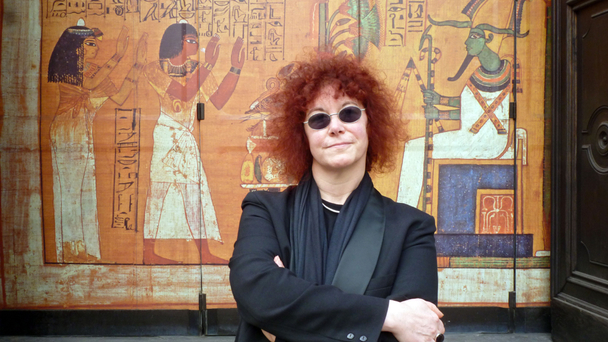 Summary: Beautifully presented on DVD, Ancient Egypt Life and Death in the Valley of the Kings is a very insightful documentary that focuses more on emotions but successfully showcases the information in a positive new light.

The world is inundated on documentaries about Ancient Egypt and even though this documentary doesn’t offer much with new information, it successfully bridges the life and death of Egyptians who lived over 3500 years ago. This DVD contains collects both episodes from this popular series and follows Egyptologist Dr Joann Fletcher who takes the viewer on an amazing journey about what it was like to live in Ancient Egypt and what the Egyptians believed was waiting in the afterlife.

In the first episode, Fletcher gives a great picture of how the Egyptians lived and focuses on an Egyptian architect called Kha and his wife Meryt who lived near the Valley of the Kings where their tomb was discovered and untouched in 1906. More importantly, these two Egyptians left the world a detailed snapshot from not just their lives but also what waited them in the afterlife.

Even thousands of years later after their deaths, we can still see what motivated them, what foods they ate and how they worked and worshipped the Pharaohs. One of the highlights from the first episode was the love of poetry that the Egyptians had and really makes you look at these ancient people as people, opposed to some mysterious civilization.

The second episode focuses more on the afterlife as we follow Fletcher into a variety of tombs as she shares with us a wealth of knowledge and some beautiful artefacts to showcase the journey after life. Another highlight of the series is that Fletcher normalises the information by focusing on the everyday individuals like Kha and his wife. She also raises some interesting questions to the viewer that in turn relate to modern society and even though we are superior with technology and medicine, we still share many commonalities and listening to the stories on how Kha and Meryt courted really tugs at your heartstrings.

Beautifully presented on DVD, Ancient Egypt Life and Death in the Valley of the Kings is a very insightful documentary that focuses more on emotions but successfully showcases the information in a positive new light.