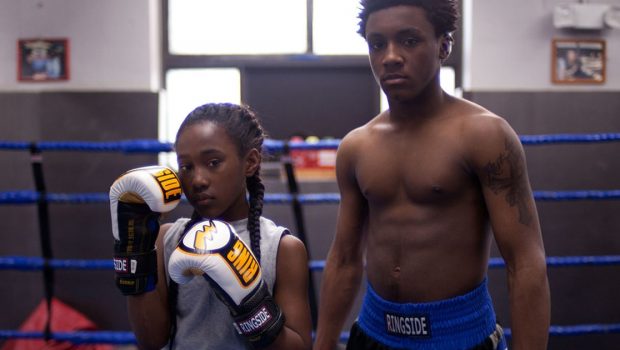 Acclaimed US indie The Fits coming to digital

Friday, October 27, 2016 – Curious Film is pleased to announce that The Fits the acclaimed new feature film from wunderkind director Anna Rose Holmer will be out on iTunes November 3. Other digital platforms will follow in December. The Fits is a hypnotic glimpse into the world of adolescent tomboy Toni (newcomer Royalty Hightower), who trains with her brothers at a rundown Cincinnati boxing gym. Her real calling, it seems, is with a female dance troupe who also use the same facility. After a belated initiation Toni is accepted into the group of girls and sets about learning the challenging routines. Soon each girl is beset by mysterious spells.

No one can explain these weird and violent afflictions. Will Toni be next? The film and Holmer has won several international awards including director gongs at the Cleveland International Film Festival, Deauville Film Festival and Nashville Film Festival. A highly original take on female adolescence, The Fits has wowed critics in North America and also Australia. Craig Mathieson in the Sunday Age calls it “a quietly audacious comingof-age tale lodged inside a psychological horror film.” The New Yorker raves “The movie’s natural sweetness vibrates with mysteries.” “All ups with no downs, it’s a motion picture in the truest sense of the term,” writes Joe Morgenstern in the Wall Street Journal. “I’ve never seen anything quite like it and I loved every one of its 72 minutes.”\