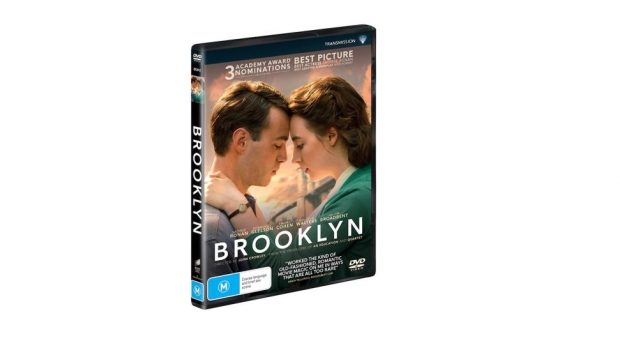 A heart-warming and emotional story, Brooklyn stars Saoirse Ronan (Atonement, The Lovely Bones), Emory Cohen and Domhnall Gleeson and was nominated for 3 awards at this year’s Academy Awards, including Best Lead Actress and Best Picture.

Brooklyn is the story of a young woman, Eilis (Saoirse Ronan) who moves from small town Ireland to Brooklyn, NY where, unlike home, she has the opportunity for work and for a future – and love, in the form of Italian-American Tony (Emory Cohen). When a family tragedy brings her back to Ireland, she finds herself absorbed into her old community, but now with eligible Jim (Domhnall Gleeson) courting her. As she repeatedly postpones her return to America, Eilis finds herself confronting a terrible dilemma – a heart-breaking choice between two men and two countries.