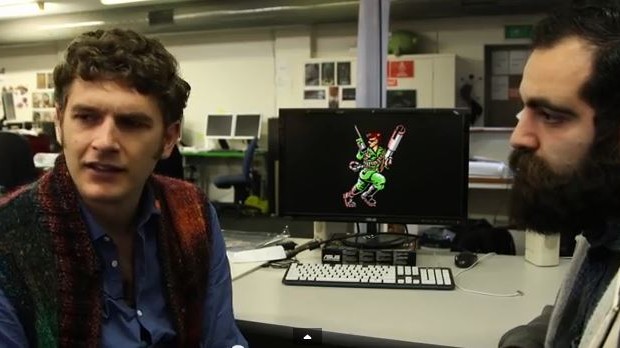 “Games can be beautiful, meaningful things. They’re an extraordinary medium for people to find out even terrible things about themselves at just the push of a button. I think with our game, people will be able to do that.”

“There’s a hell of a lot of competition out there, for what they’re creating… I hope Stephen’s ready for it.” – Lucy O’Brien, IGN

Indies are an ever exploding subculture that challenge the faceless corporations behind traditional video games. Ever defiant, the indie scene aims to subvert conventional notions of gaming through innovation, passion and artistic expression.

But there is a dark force rumbling within the underbelly of the indie sector, and it threatens to swallow it whole – clones. What happens when two developers pour their very souls into an artistic endeavour, one unlike the gaming world has ever seen, only to have a copy cat team strip them not only of their idea, but their very belief in the good of mankind?

Through this spellbinding documentary, you will discover how this small Sydney development team found the strength to soldier on in the face of adversity and continue what some might call their duty, of unleashing their art into the gaming world.

This is A Tale of Two Indies…