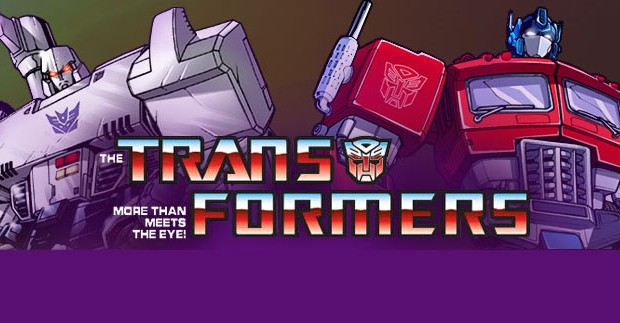 Summary: Transformers Generation One Remastered Complete Collection is a must have DVD collection which highlights the popularity of this franchise and truly sets the foundation for years to come.

This mega collection released by Madman features 97 episodes of the original Transformers which not only runs for a whopping 2134 minutes but is based on the original line of toys from Hasbro. Originally aired in 1984, this series ran until 1987 and defined this franchise to what it has become today, a popular line of comics from IDW, additional toys from Hasbro and blockbuster movies focusing on the deadly battle between the Autobots and the Decepticons.

Although this series is a little raw and unrefined when compared to the modern incarnations of these robots in disguise, there’s something uniquely endearing about these original stories, the animation and exploration of this franchise. Best of all, it comes from a simpler time, even though this was probably the first cartoon series created to help sell a toy line. The commencement of this series nicely sets up the history of the Autobots and Decepticons, including the key protagonists that include Optimus Prime, Bumblebee and Spike plus the nefarious Megatron, Starscream and Grimlock. Another highlight about Generation One was the introduction of the Dinobots which are older Transformers and looked vastly different and sometimes cooler than the classic robots.

Cybertron plays a key component to the story, although devastated by the war between the Autobots and Decepticons, it still a place of power and mystery however much of the series revolves around Earth, the last bastion for these robots.  The human characters of Transformers Generation One provide a slight distraction to the story that not only help humanise the Transformers themselves but make story more relatable. Watching this as a kid, you really wanted to be part of this. Watching this as an adult has a similar effect but you just want your own Transformer now. As the series progresses, new Autobots and Decepticons are introduced and even with the theme of cosmic war laced throughout the series, there are some subtle episodes that are not that serious. For example one episode is entitled Trans-Europe Express which sees the Autobots involved in a charity race in Europe but once again, the Decepticons are hidden around the corner and it is up to Bumblebee and co to save the day. Or Hoist Goes to Hollywood which sees Hoist saving a group of stuntmen, only to be discovered by Hollywood but once again, those dastardly Decepticons are in the shadows. These episodes help give the main storylines a break and once again proves how diverse these robots are.

Transformers Generation One Remastered Complete Collection is a must have DVD collection which highlights the popularity of this franchise and truly sets the foundation for years to come. You would think that after so many failed attempts at either destroying the Autobots or Earth, Megatron would focus his strengths on something else… or fire that double crossing Starscream. E

Optimus is still the star of the franchise <his voice is so cool, thanks Peter Cullen>, the Decepticons have better vehicles that they can transform into which plays on the clichéd villains have better toys. From Dinobot Island to Cybertron, Earth and everything in between, the writing is at times a little simplistic but that’s the beauty of cartoons from the 80’s, they successfully give the viewer everything they want and more importantly, politically correctness did not play a part. It’s just fun… but maybe there is a subtle message to buy a toy here or there!