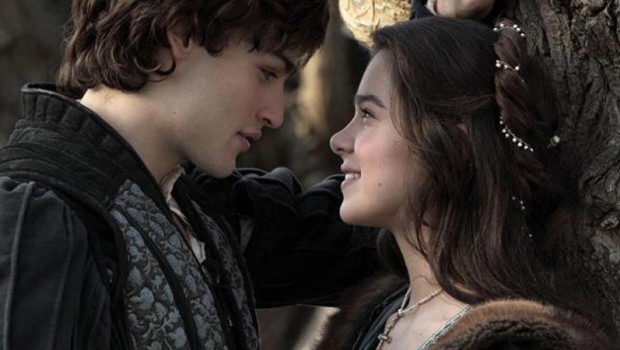 Summary: Romeo and Juliet is worth seeking out for its pleasing diversions if nothing else

This latest evocation of Romeo and Juliet comes with an important (but largely unheralded) advisory.  If you’re expecting to see a straight transfer of the play, as written, onto the silver screen, think again.  Somewhat controversially, the play is an adaptation of Shakespeare’s revered work.  Writer, Julian Fellowes (Downton Abbey) has lifted the plot, some of the dialogue (mainly the most well known) and elected to fill in the gaps with dialogue and storytelling that fits better with the ‘language’ of movies.

This approach presents itself as a two edged sword.  Making Shakespeare more accessible is laudable, especially in the realm of the cinema and the potential of the untapped mass audience.  After all, his language, range and themes are foundational to the canon of English literature.  Taken now, the language of Shakespeare can be difficult to unknot for a modern audience, particularly for often unwilling students in their English class.  However, given the right treatment, as was accomplished with Ten Things I Hate About You, and you have a popular, modern retelling of The Taming of the Shrew, which helped launch Heath Ledger to the rest of the world. On the other hand, it is fair to ask that if you take the Shakespeare out of Shakespeare i.e. the language itself and thus the acuity with which he examined and depicted his characters, you’re left with just another romance movie.  Shakespeare is taught because the richness of the language conveys a world that is otherwise lost to us today.  Not only that, but Shakespeare examined the flaws in each of his characters and in doing that, revealed their true character to one another, and the audience.  Shakespeare may speak to us from 400 years ago, but the characters he wrote about then are easily found surrounding us in our modern lives.

Putting the controversy aside, we are left with the movie itself.  On the whole, it isn’t a bad effort.  This European production makes great use of location footage in Italy, and with the aid of CGI, transports the viewer back to fair Verona.  Of special note is the way the director (Carlo Carlei) uses the light to create a painterly effect that evokes the masters of that period – Da Vinci and Michelangelo for example.  The visuals are consequently very lush – evoking the landscape and the vibrancy of the lives of the people and the setting they live in.  Location shooting adds to the verisimilitude of the piece, and where it can’t, CGI helps add to the baroqueness of the period features. The acting is the biggest flaw of the story, though not critically so.  Romeo (Douglas Booth) is so pale as to clearly appeal to the Twilight groupees.  His Juliet (Hallee Steinfeld) is closer to the traditional age of Juliet than one might’ve expected.  They do find the passion for each other that the roles demand, particularly in the final tragic (but elongated in this version) scene.  Of the two, Steinfeld shines brightest, bringing a wide eyed innocence and uncertainty to her role.  Early on, Booth comes across as overly diffident, but warms into the role until the final, tragic events.  Of the supporting cast, Christian Cooke as Mercutio is perhaps the most vibrant of them all, with Ed Westwick as the volatile Tybault a close second.  Of the two ‘actors’ Damian Lewis (Homeland) is a notable casting, his icy demeanour perfectly suited to the head of the Capulet family, while Paul Giamatti shines as Friar Laurence, playing the small, but pivotal role to tragic effect.

Almost forty years ago Franco Zefrelli released his version of Romeo and Juliet which was wildly popular at the time.  While the reviews and box office for the 2013 version show that a traditional retelling of the story isn’t what the public is interested in (Baz Luhrman put the kybosh on that), this release on blu-ray is worth seeking out, for its pleasing diversions if nothing else.

Feature:  2.5/5  If you’re going to abandon most of the canonical writing, then you may as well update the setting to match.  Sadly, the acting of the leads carries little of the intensity required for the production, and consequently lets the audience down.

Visuals:  4/5 – beautiful.  Little of the squalor and grime of that time is shown, so there is an element of ‘theme park’ Italy on display.  For all that nitpicking, the visuals are beautiful, the quality of the light masterful, and you get a sense for the splendour of the setting.

Audio:  4/5 – crisp and clean.  Never a chance you would miss dialogue between the principals in a crowded setting.

Extras:  utterly bare bones.  Scene selection and subtitles (on AND off, no less) are all that’s available.  A poor show.  1/5