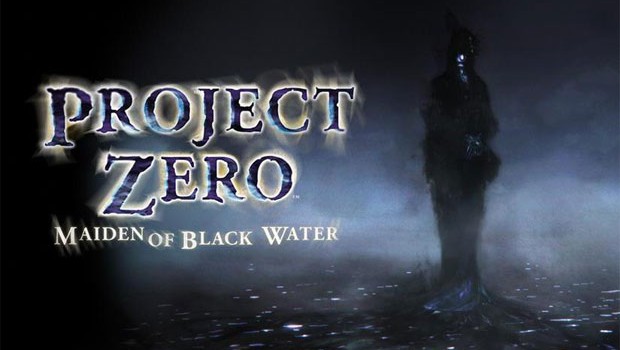 Summary: If you ever wanted to catch a ghost on film, this game might give you second thoughts…

Ever seen a viral picture on the internet of a ghost caught on film? It was only a matter of time before someone made a game out of it. Project Zero: Maiden of Black Water isn’t the first game of its series, but it is the first game on the Wii U, which makes it the first game to make you feel like you’re actually carrying a game controller around as a ghost-capturing camera. The integration of the Wii U Game Pad and its features makes Project Zero a perfect fit for the console, and as a survival horror game it’s a rare opportunity to experience a mature game exclusively on a Nintendo console. Welcome to Mt. Hikami – once treated as holy land, now famous for being a local suicide spot. Despite the legend that certain death is promised to those who enter the mountain at night, for some reason people think it’s a good idea to spend the night and (wouldn’t you know it?) they don’t come back. After many Mt. Hikami–related disappearances our main characters Yuri Kozukata and Ren Hojo, equipped with the special ghost-exorcising Camera Obscura, embark on a rescue mission that’s sure to be deadly. Not to mention creepy. Over the span of fourteen chapters you’ll unlock the secrets of the mountain, but will you make it out in one piece?

Project Zero: Maiden of Black Water challenges you differently than most survival horror games you’ll find on store shelves. It’s not the kind of game difficulty most people are accustomed to. Looking back, the game is actually quite easy. But the suspense of slowly walking around, aware of the ghostly presence around you but having no clue when something wicked will strike- this is a real mental challenge. If something takes you by surprise you could freak out and lose your head, along with your life. Comply yourself you’ll see that the ghosts really aren’t as threatening as they are intimidating. Study their movements make predictions on how they’ll act next and prepare for it. After that, ghost hunting becomes a cinch. As you play through the game, following certain pathways and objectives you encounter malevolent spirits that you can only exorcise by capturing photos of them with your spirit camera. The quality of your photos determines the effect it will have on ghosts, but the complexity doesn’t end there. You can pick up different lenses and film for your camera to produce different effects while you fight the spooks- so be sure to customize your camera to suit your play style. For example, you can choose to use brute power against the ghosts, or you can use less power in exchange for stunning ghosts, giving you time to recharge your camera and back away from danger. The realistic graphics may look a little dated, but the lighting and special effects are impressive. The pre-rendered cutscenes are clearly the nicest-looking parts of the game. I admired the water effects in the game for looking true to life whether it’s a body of water, rain, or the wet texture of your character’s clothes, but also for the dark, spooky snake-like wriggling and swirling that makes you question if the water itself is possessed by evil spirits. You won’t notice any background music in the game, but the sole presence of forest ambiance is enough to keep you nice and tense throughout the whole game.

Project Zero: Maiden of Black Water may start out slow-paced with about a dozen tutorials before the real action begins, but if you stick with the game for long enough to get settled in this is a fun adventure into the unknown. If you’re a fan of horror games but aren’t a fan of cheap jump scares then this is the perfect game for you. Just make sure to leave the lights on.