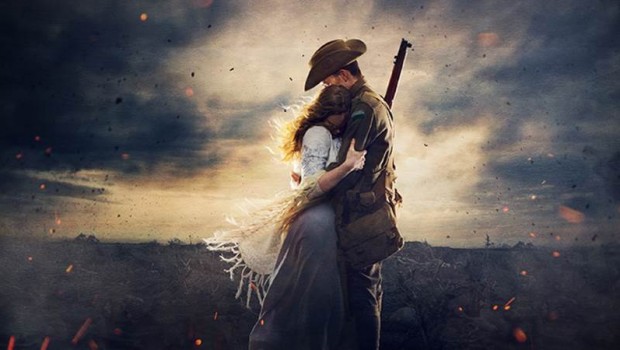 Summary: All in all, Gallipoli is a very powerful Australian drama that really highlight the horrors of war

This limited edition multimedia book filled with some amazing photography from the TV series not only makes for the perfect coffee table book but is beautifully presented and contains the amazing 2015 TV event Gallipoli on DVD. Gallipoli also helped define Australia as a nation and this series successfully shines a light of this historical period of our history. Although it has been dubbed as one of the greatest battles in history, it was also a a huge failure for the Anzacs that saw thousands of Australian lives lost. This 7-part TV series focuses on four young men involved in this period as this drama recounts the powerful and emotional stories behind the dawn landing of the Gallipoli peninsula on the April 25th 1915 and onwards. The majority of these soldiers were untrained and even below the legal age of joining the military and unlike some other interpretations of war, this TV series does not glorify war but rather focuses on the atrocities and the meaningless death of thousands of men on both sides. The first episode focuses on the dawn landing which is seen through the eyes 17-year old Thomas “Tolly” Johnson (Kodi Smit-McPhee) who lied about his age in order to enlist in the army with his brother Bevan (Harry Greenwood). Initially the troops are led by Captain Eric Taylor (Jeremy Lindsay Taylor) but when this poorly planned landing goes awry, things fall apart very quickly. Both Smit-McPhee and Greenwood are perfectly cast as these brothers whose emotions really shine through, especially from the horrors of war that they witness.

Spending almost a year on enemy soil, Gallipoli successfully ticks all the right boxes when it comes to historical accuracy and to compliment the great story, the cast of this series is brilliant, especially Kodi Smit-McPhee and Harry Greenwood who feel very real and very grounded. They also form a great sense of mateship with the other soldiers, even as the dead pile up amongst them which is quite disturbing. However when an uneasy truce is called, it allows both the Anzacs and the Turkish to bury their soldiers and ironically it’s the younger brother who takes charge in the Johnson family. Unfortunately Tolly is injured that forces him to be sent to Cairo to a British run military hospital and when he is returned to Gallipoli, the Anzacs decide to amount another attack on the Turkish who still have the upper hand which sees the Light Horsemen slaughtered by the enemy. Thankfully Tolly leads a successful attack of Lone Pine that eventually leads him for a commendation and was one of the greatest victories for the Anzacs. It’s really interesting to see Tolly grow as a character and become a man, whereas Bevan, a staunch monarchist eventually comes to the realisation that war is not glorified but rather the polar opposite. The series ends with the British withdrawing from Turkish soil which results in even more causalities in this sickening war. I also like how the series touched upon other real world figures like the legendary Lord Kitchener (Grant Bowler) and Keith Murdoch (Damon Gameau) who plays a war correspondent. Add in some powerful cultural differences, not just between the two warring factions but also amongst the men and Gallipoli is an interesting snapshot into society at the time that included social norms and that war was considered a place for boys to become men which obviously was not the case. Director Glendyn Ivin (Puberty Clues, Beaconsfield) does a brilliant job at recreating this era and even though it was filmed in Melbourne, it really feels like the battles are actually in Turkey. Another highlight of the series are the authentic costumes thanks to Cappi Ireland the Costume Designer which really adds to the powerful raw emotions behind this series as we see the impact of war with these four young individuals. A special mention should also be made to John Bach who plays General Sir Ian Hamilton and was responsible for the heinous defeat for the Anzacs. John is perfectly cast as this general whose uncertainty and mistakes can really be felt in his performance, even though he is in denial at times. All in all, Gallipoli is a very powerful Australian drama that really highlight the horrors of war. With over 60,000 causalities, this series portrays the real cost of war and is seen through the eye of what in essence were young boys that were forced to become men. The story is well acted and the cinematography successfully recreates the Gallipoli peninsula with some realistic costumes and weaponry. It is also a very dark story in Australian history that is brilliantly acted by Smit-McPhee and Greenwood who really bring their A-game to this amazing TV series.