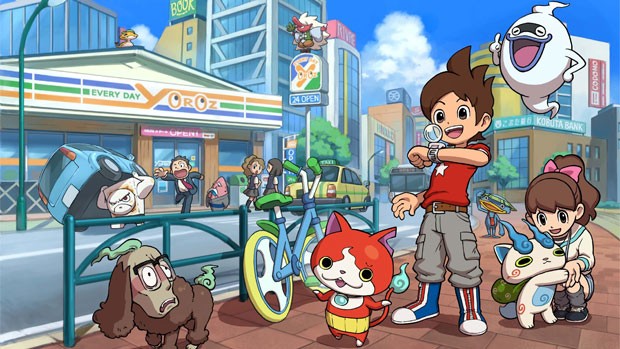 Summary: Yo-Kai Watch on the 3DS is a fun RPG that targets the younger gamer or those older gamers who want to reminiscence about those classic Gameboy titles!

With some parallels to Pokémon, Yo-Kai Watch requires players to search for these invisible creatures that can only be found by your watch and just Pokémon, all these creature have their own personalities, powers and unique looks.

However unlike the aforementioned game, these creatures can look quite normal like a butterfly or to something truly bizarre like inanimate objects which is all part of the charm. So when you are approached by one of these creatures called Whisper, you soon discover a world populated by the Yo-Kai that is unbeknown to humans. 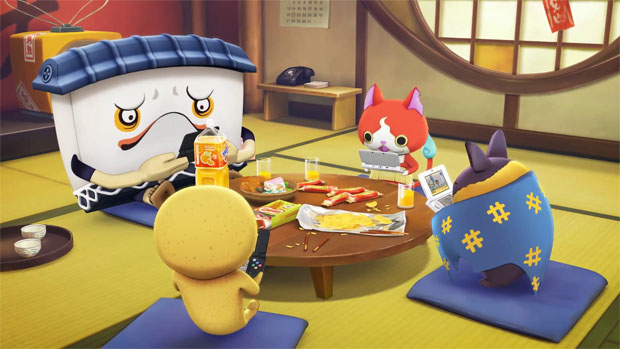 So once you have been given the watch by Whisper who serves as your Yo-Kai guide in the game, you need to befriend these creatures in order for them to be part of your army which allows you to level them up and fight more powerful Yo-kai.

By befriending them, they become your friends and with over 200 hidden Yo-Kai to discover, there’s plenty of replay value in this game as you attempt to sort the world’s problems as the holder of this amazing watch. Gamers also get to choose the gender of their player which is a boy (Nate) or a girl (Katie). 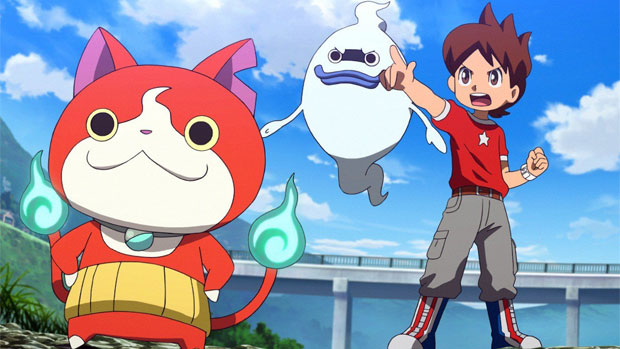 While exploring the world, you will meet a colourful assortment of characters in order to give your player access to both main missions and side quests in the fictitious town of Springdale. Needless to say exploring this town is quite fun and you even get to meet your Yo-Kai as you enter homes and walk the streets.

Thankfully the quests, characters and the Yo-Kai boast a healthy dose of humour which definitely assists in drawing you into this bizarre yet enjoyable game. However the crux of the game is the combat itself which gives the player the ability of controlling up to six Yo-Kai in battles. 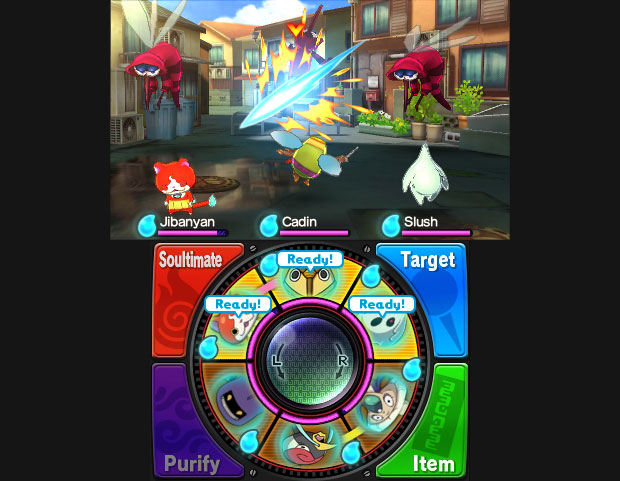 Once you do find your Yo-Kai, you need to add them to your “battle inventory” which allows you to control three at a time as you fight the “evil” Yo-Kai. Best of all, you can swap between the six as they perform both standard and special attacks. There are some mini-games and quick-time events during the battles which helps spice things up plus bonuses.

These bonuses called Soutimates can sometimes be a simple bonus like another spin of the wheel to a devastating attack that can at times means the difference between victory and loss. Enemies are quite diverse, particularly with the wide range of Yo-Kai who can be challenging, just like the bosses that you will fight. On another note, the game balances exploring, meeting characters and combat quite well. 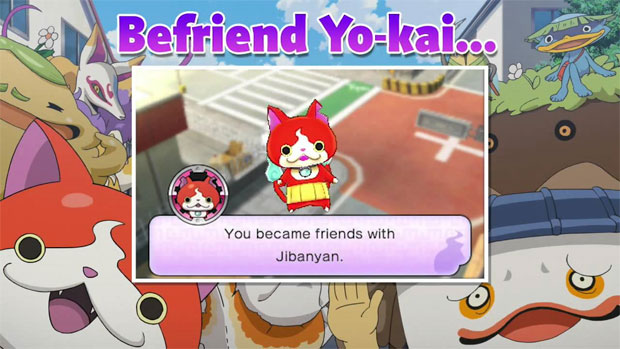 When it comes to Graphics, Yo-Kai Watch is a very colourful game on the 3DS, however the star of this title are the Yo-Kai themselves who have this outrageousness to their appearance with some being cute, scary or even completely crazy. I also love the stills and cut-scenes which help progress the story like the colourful watch to when you befriend a Ko-Kai to the friendly combat system of using soultimates, targeting enemies, purifying or accessing items.

Audio supports the title well, especially the music and sound effects that truly gives the title this Japanese feel to it. Voice acting is another highlight and the actors definitely give it their all. All in all, Yo-Kai Watch is a good looking, sounding and playing game on the 3DS.

Yo-Kai Watch is no Pokémon clone but rather its own unique game that gives the player a sturdy combat system with some great Japanese RPG elements thrown into the mix. It’s also a well-designed game that really allows you to explore this colourful world as you solve quests and discover new Yo-Kai for your collection.