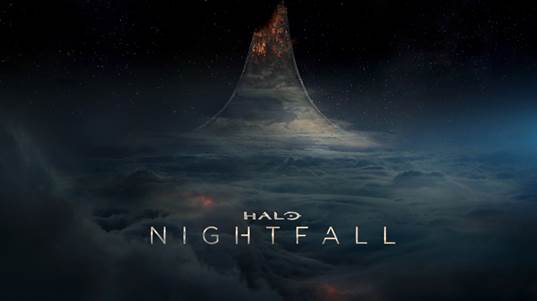 Taking place between the events of Halo 4 and Halo 5: Guardians, Halo: Nightfall follows the origin story of legendary manhunter Jameson Locke (Mike Colter) and his team as they are caught in a horrific terrorist attack while investigating terrorist activity on the distant colony world of Sedra. Led by Locke, the Office of Naval Intelligence (ONI) agents are forced to coordinate with a Sedran commander with a remarkable history and deep-rooted mistrust of ONI. As the plot unravels, they’re drawn to an ancient, hellish artefact where they’re forced to fight for their survival, question everything, and ultimately choose between their loyalties and their lives. Agent Locke is a new character in the Halo universe poised to play a major role in Halo 5: Guardians releasing on Xbox One in 2015.

First up, let’s take a look at five of the never-before-seen cars in Forza Horizon 2

Forza Horizon 2 fans, now is the time! We are officially kicking off the car reveals for Forza Horizon 2 with our first huge reveal of cars. This week we announced the first 100 of the just over 200 cars that will be featured in Forza Horizon 2. All of the cars in Forza Horizon 2 have been built from the ground up for this generation with the utmost care and detail, taking full advantage of the power of Xbox One and Forza Horizon 2’s dynamic weather and wide-open world, including new features such as functioning windshield wipers, working headlights and interior lights, and dynamic dirt-mapping.

Forza Horizon 2 will feature a huge and diverse line-up of awesome cars to collect, customize, and drive. That means everything from state-of-the-art supercars like our cover car, the 2015 Lamborghini Huracán, to Group B rally legends, monster off-roaders, classic American muscle cars, and much more. Leading into launch we’ll continue to reveal more to get you ready for the ultimate racing experience coming on September 30.

First up, let’s take a look at five of the never-before-seen cars in Forza Horizon 2:

For more information, the full list of cars that have been revealed and relevant media assets, please visit Xbox Wire.

Big Action Launches on Xbox One with GoPro Channel

A few short months following the launch on Xbox 360, the GoPro Channel is now available* on Xbox One

A few short months following the launch on Xbox 360, the GoPro Channel is now available* on Xbox One. GoPro on Xbox One gives Xbox Live members around the world access to epic action-adventure videos on the TV and is celebrating its launch with no less than four exclusive videos just for Xbox! The GoPro Channel also offers access to on-demand GoPro content, the ability to share videos and purchase cameras and equipment directly through the app channel.

Not only are people watching videos, but GoPro owners are generating tons of content to share their stories and experiences with the world. User-generated content is huge on Xbox and is expected to continue to grow as GoPro joins other popular apps like YouTube and Twitch. The Xbox-GoPro relationship helps support GoPro’s initiative to grow content distribution and expand community reach worldwide, and we’re very excited to participate in these efforts with the launch on Xbox One.

We caught up with an athlete behind one of the Xbox exclusive videos to check out what he has to say about the launch on Xbox One.

New Social and Mobile features with Xbox One August update

You have made Xbox what it is today and we couldn’t be more grateful for your support and valuable feedback. Our focus continues to be on you and what you want in the product. Last month, we launched Xbox Feedback, a dedicated channel for all your thoughts and recommendations. Coming next week, we will begin implementing some of the features you requested by rolling out the next Xbox One system update for folks who get early access. We’re looking forward to hearing feedback on features before we roll them out to all Xbox One consoles next month and beyond.

In the next update, we’ll improve a number of social features to make sharing your gaming experiences with friends better and easier. Here’s a shortlist of features rolling out in the next week to those with early access to the Xbox One system update:

Dance Central Spotlight, the latest entry in the movin’ and groovin’ dance series from developer Harmonix, will be available as a digital download for Xbox One this September. The game can be scooped up from the Xbox Marketplace, and will boast a core soundtrack of 10 hot, hot tracks:

Destiny: Which Class is Best for You?

Now that the Destiny beta has arrived on Xbox, lucky fans have a chance to get hands-on time with Bungie’s next science-fiction shooter masterpiece.

Now that the Destiny beta has finally arrived, lucky fans have a chance to get hands-on time with Bungie’s next science-fiction shooter masterpiece. One thing that will become instantly clear: Though the game follows in Halo‘s footsteps in some ways, Destiny expands the shooter genre significantly, introducing serious customization, levelling, and other role-playing game elements to the formula.

Among those refinements is the introduction of a class system. Though each of Destiny‘s three roles is balanced with the others overall, each offers a distinctly different moment-to-moment gameplay experience. Not sure which one to choose? Let’s take a look at the benefits – and drawbacks – of all three.

For more information about each class and media assets, please visitX box Wire.