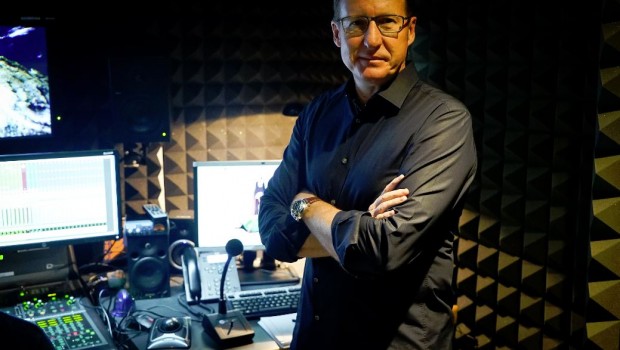 Xbox has today announced a partnership with V8 Supercars Australia that will bring 10 cars from all five manufacturers in the current V8 Supercar series into Forza Motorsport 6 with 2015 liveries – a first for the franchise. In addition, the world renowned Australian Mount Panorama race track will also be included in game when Forza Motorsport 6 launches on 15 September 2015, exclusively on Xbox One.

Today’s announcement is a continuation of the existing partnership between Xbox and V8 Supercars which began in 2002, bringing the real world of V8 racing to fans at home in the latest entry to the Forza Motorsport franchise. The debut of the Xbox wildcard in 2013 proved to be the fastest car and most successful wildcard in V8 history, and Xbox is hoping to continue that success in 2015.

Rounding out the partnership, legendary V8 Supercar champion and 2014 Hall of Fame inductee, Mark Skaife, will be included as a voiceover in the game for the Mount Panorama circuit for the first time in gaming history. With 90 race wins, 88 podiums, six Bathurst 1000 titles and five V8 Supercar Championships to his name, Skaife is the perfect addition to the award winning Forza franchise.

“I’ve been involved with the Forza franchise for over a decade now and each year I’m amazed at the incredible realism the development team bring to their games. Being asked by the Turn 10 team to have my voice in the game is an honour and a privilege. I’m thrilled to be included in Forza Motorsport 6,” said Mark Skaife.

Forza’s unique livery creation gives fans the ability to recreate every car in the field, from all manufacturers, in-game, making this year’s Forza entry appeal to Australian racing fans like never before. Featuring current season championship leader Mark Winterbottom, 2014 Australian V8 champion Jamie Whincup, the iconic Holden Racing Team plus all other teams including Nissan, Volvo and Erebus Mercedes, Forza Motorsport 6 has all the V8 Supercars action, plus much more.

James Warburton, CEO of V8 Supercars Australia, said, “We are very proud that our home-grown Australian V8 Championship including drivers and teams from the 2015 season representing each of the five constructors will be featured for the first time in Forza Motorsport 6 and be played by millions of racing fans around the world.”

Xbox also announced a continuation of its partnership with DJR Team Penske for the Enduro rounds of the V8 Supercar Championship series in 2015. This will see the Xbox Race Car livery driven by Marcos Ambrose and Scott Pye for all races in the Enduro series, including the Wilson Security Sandown 500, Supercheap Auto Bathurst 1000 and Castrol Gold Coast 600 races.

Roger Penske, co-owner of the DJR Team Penske team, believes the partnership with Forza Motorsport 6 and Xbox will enable not just racing fans to enjoy the world of V8 Supercars, but also provide vital skills to one of the world’s most intimidating tracks.

“We are pleased to be partnering with Xbox and Forza Motorsport 6 at the V8 Supercars Endurance events and we are really looking forward to the Bathurst 1000 in particular. There are millions of people using the Xbox platform across the world and knowing that the Xbox DJR Team Penske Ford is represented in the game is a great benefit. The game’s authenticity and representation of the Bathurst circuit is world class so I am sure it will be enjoyed by many players. I know some of our drivers and team members are Xbox gamers as well so that makes this relationship even more unique.” Roger Penske commented.

Jeremy Hinton, Head of Interactive Entertainment at Microsoft in Australia, said “Xbox has always been the home of racing and this partnership further reinforces our commitment to the sport in Australia. We couldn’t be more excited about having legends such as Mark Skaife in game and Marcos Ambrose in the driver’s seat of our car, leaving no doubt that Xbox is the only place for racing in 2015.”

A list of the cars from the V8 Supercar series announced today:

Forza Motorsport 6 will be available September 15th 2015 in Australia, exclusively for Xbox One. The game will feature a range of great new features, such as night and physically-based wet weather racing alongside 450 ForzaVista cars – more interactive cars than ever before.

You can catch the DJR Team Penske Xbox Race Car in action at the annual Bathurst 1000 racing weekend from October 11-15, 2015.