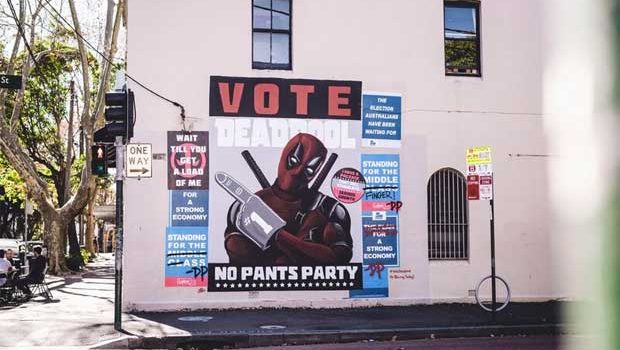 Hold onto your Chimichangas because the erection election Australia’s been waiting for is finally here! He may be a latecummer but DEADPOOL is urging you to join his No Pants Party and the polls are already predicting stiff spikes all in celebration of the Blu-­‐ray & DVD release of DEADPOOL on May 25th. 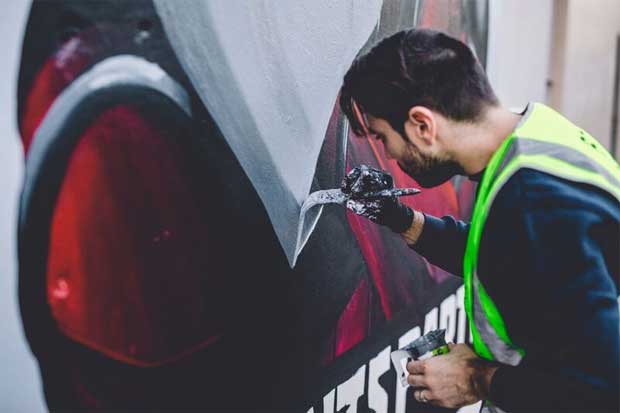 Sydney is kicking off the campaign trail with a mural in hishonour, which has just been erected on the corner of Albion and Bourke Street, Surry Hillsby street artist Alex Lehours.

Deadpool promises a Happy Ending for all of the above. Hispolicies aren’t the only thing bulging with extras; apparently there wasn’t enough wall space to fit his awesomepackage… Or so we’ve been told. 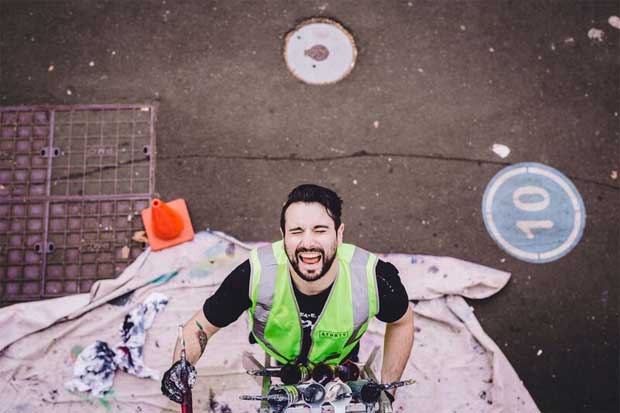 So do yourself and Australia a favour and VOTE DEADPOOL.

Authorized by the DEADPOOL NO PANTS PARTY

If you want to stare at our new candidate’s special features for an extended yet enjoyable period of time check out Deadpoolon Blu-­‐ray & DVD today – you know you want to. 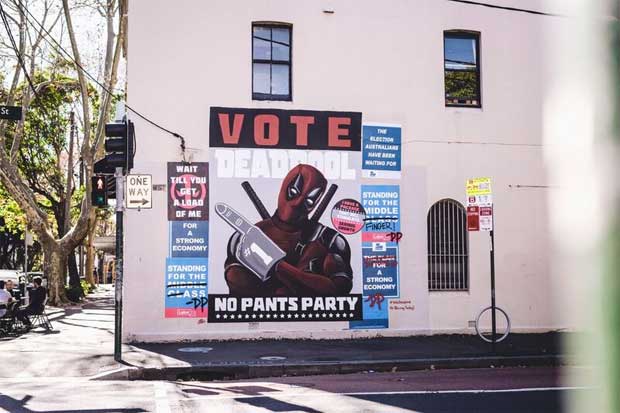