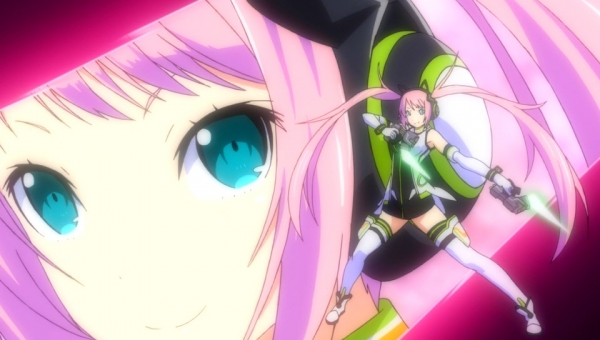 IRVINE, Calif. – Nov. 19, 2013 – When two game companies love each other very much, a magical thing happens. ATLUS and Spike Chunsoft didn’t use protection when localizing and publishing together and are now the proud parents of the turn-based RPG Conception II: Children of the Seven Stars. Although this is the first game in the series localized into English, Conception II has a standalone story. Conception II will be delivered in the spring of 2014, for the Nintendo 3DS™ and PlayStation®Vita handheld entertainment system.

In Conception II, players take on the role of a young man beginning his training as a Disciple – a human gifted with the divine powers of one of the Star Gods, and one of the few who can fight the monsters that plague the world. These monsters emanate from the Pandora Labyrinth, which births these abominations at a prodigious rate. Worse yet, the Pandora Labyrinth is beginning to spawn labyrinths of its own, so it’s up to the Disciples to put an end to it. And even worse than that, a Star God’s power only resides within a human until the age of 18 and the need for new Disciples is at an all-time high. Meaning Disciples will have to combine their powers to “create” Star Children who can fight for them in battle. Let’s put it this way… it brings a new meaning to the phrase “after-school activities.”

For those eager to figure out the birds and the bees of Conception II, here are some of the game’s features:

No Child Labor Laws: In addition to the protagonist and his fellow students bravely entering the Labyrinths, you must combine your powers with other Disciples to give life to Star Children, ethereal beings that can fight in battle. But, like regular children, it’s important to make sure they’re strong enough to face monsters from beyond the veil of sanity in battle.

No Monogamy For You, Player: The protagonist has opportunities to strengthen his bonds with seven key heroines throughout the game. Not only does this help you create stronger Star Children, but the girls become more formidable as well, making them reliable partners in battle… and other places.

Assume the Position: Monsters in Conception II all have weak spots, and their vulnerabilities are revealed based on the direction characters attack from. Colored arrows help the Disciples see which direction will cause the most damage when attacked. The order your party takes action will depend on your choices and each character’s agility. Understanding the turn system and finding the best location to attack from will bring about swift and decisive victory.

Getting Chained Down: Another key system in Conception II is the Chain Drive, a meter that slowly builds during combat. When it reaches climax, a monster will be chained down, slowing it dramatically. This opens the enemy up for major damage.

Conception II will be published in North America by ATLUS beginning in spring 2014 for the PlayStation Vita and Nintendo 3DS. The game will be $39.99 for either version. More details will be on the game’s official website at atlus.com/conception2.