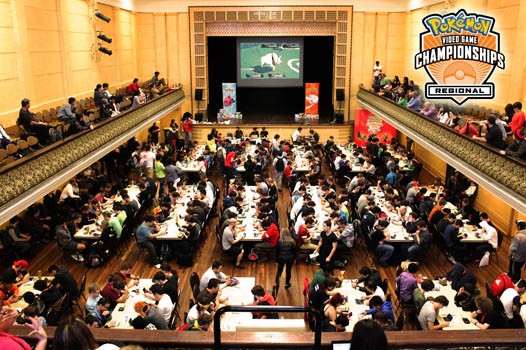 4th June 2015 – Throughout April and May, over 1000 players competed in the Pokémon Video Game Regional Championships at events around Australia and New Zealand, with the top two placed players in each age division rewarded with flights and accommodation to the Pokémon Video Game National Championships June 6-8 at the Melbourne Park Function Centre.

This weekend marks the culmination of months of practice and hard work for Pokémon players – breeding, training, and battling Pokémon with friends and online in preparation for the biggest event on the tournament calendar in Australia and New Zealand. Today’s website update details everything you need to know about this free three-day event at the Melbourne Park Function Centre in Melbourne – http://gamesites.nintendo.com.au/pokemon-video-game-championships/

A host of exciting activities such as Pokémon Trivia, Face-painting, Colouring-In competitions and Mini Tournaments  will complement the main event, where players of both the Pokémon Video Game and Pokémon Trading Card Game will compete for Championship Points that build toward coveted invitations to the 2015 Pokémon World Championships in Boston, U.S.!