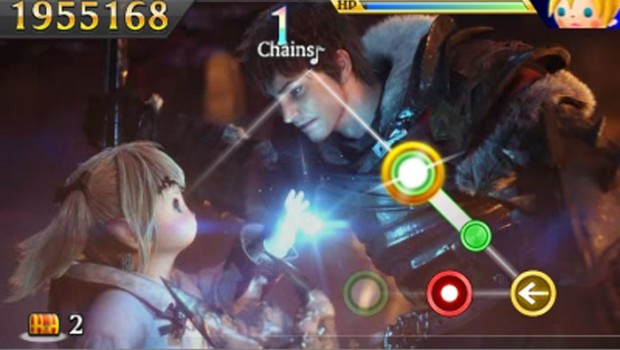 SYDNEY (18TH September, 2014) –  A sequel to the first rhythm action game released in 2012, THEATRHYTHM FINAL FANTASY® expands on the original in every way, with over three times as many songs and twice as many playable characters as its predecessor. The sequel also boasts two new game modes: Quest Medley, where you choose various paths through alternating types of sequence, on the way to boss battles – and the exciting Versus mode, where players can challenge and compete against friends and other players. The game also includes a number of character customisation and progression elements that the FINAL FANTASY series is renowned for.