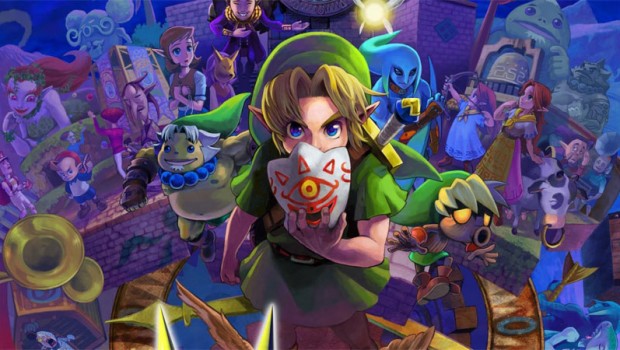 Summary: One of Link’s most loved adventures is in the limelight (or moonlight?) once again

The Legend of Zelda: Majora’s Mask is a game that needs no introduction. As a cult-classic game, it stood out from Zelda titles as a darker, character driven and more challenging game which made it shine bright in the midst of the Nintendo 64’s small game library. Following the remake of Ocarina of Time in 2011, Majora’s Mask was inevitable. It was a longer wait than expected, but it’s for good reason. The Legend of Zelda: Majora’s Mask 3D comes with tweaks and improvements, and yet it doesn’t disturb the feel and creepy atmosphere of the original game. 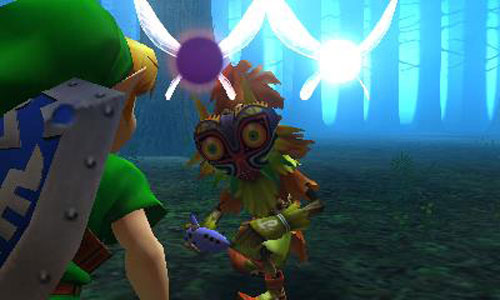 For those not familiar with Majora’s Mask, it’s a game revolving around time travel. Our hero Link is stuck in the world of Termina, where he only has three days to avert the end of the world, so he must continually travel through time in a Groundhog Day fashion as he explores the land, collects masks with special abilities and earns the power to stop Skull Kid (possessed by Majora’s Mask) from bringing the moon crashing into Termina. 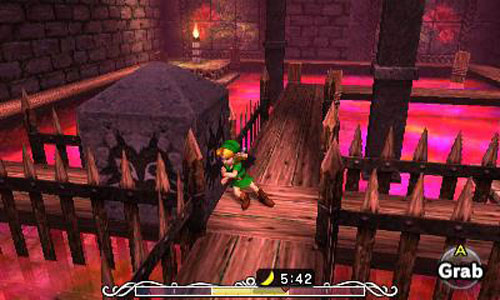 Despite this extra catch to the game it plays like a classic Zelda. Gameplay still focuses on dungeon puzzles and solving problems across the land, collecting items to work your way to the ultimate goal- saving the world. And it’s no cakewalk. What you need to do next isn’t always obvious, and with the clock ticking it creates a sense of total dread. Luckily for less experienced Zelda players, Majora’s Mask 3D adds what is now a series staple with an optional hint system that players can consult when they’re stuck. 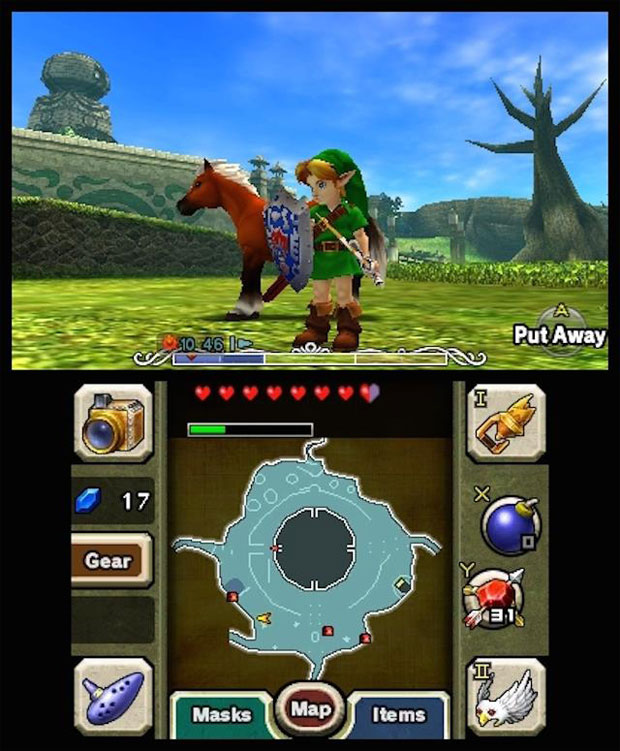 There are changes to the original game, however slight. The time travel mechanic is difficult to understand but it’s more accessible now. In the original, using Link’s Ocarina to travel back to the first day in the cycle would save the game and strip you of the items you collected in the last three days and was the only way to permanently save the game- with dedicated save points only being temporary. 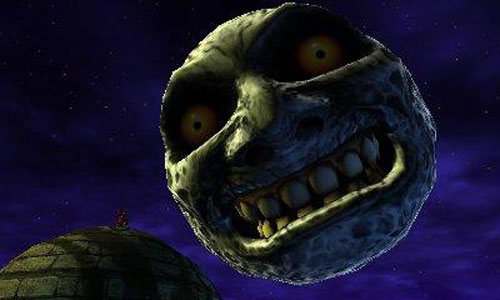 Now, travelling back to the first day doesn’t automatically save- but you’ll still lose your non-essential items. Owl statues are now permanent save spots- and new feather statues work the same way but you can’t teleport to them by playing the Song of Soaring. This is the main change in Majora’s Mask 3D, and most other tweaks to the game are barely noticeable.

As a game in its own right, Majora’s Mask 3D delivers a one-of-a-kind experience and some quality game time. While the game does re-use assets from Ocarina of Time 3D, and has a smaller amount of dungeons compared to other Zelda games, the game makes up for it by having such a uniqueness to the mood, and a ton of side quests where using time travel is key. Non-player characters follow very specific actions depending on the time of day and the day itself- so you’ll get to know the world well. On top of this, a new remake exclusive feature is the addition of a fishing minigame to play in spare time. 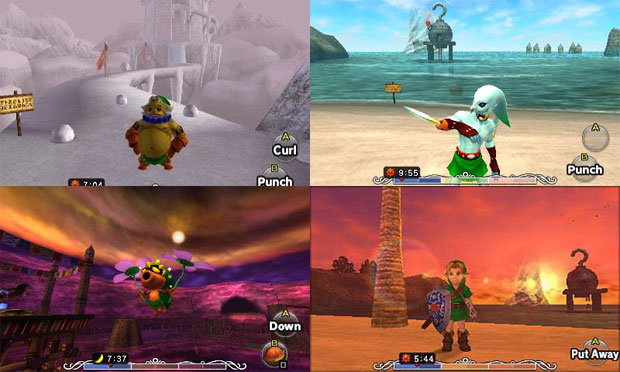 The masks you collect as you progress through the game can have their own importance from unlocking new abilities or simply to make people interact with you differently. The amount of potential outcomes from your actions in the side quests you get involved in are a true demonstration of video game craftsmanship, but it comes with a frustrating setback; if you make a mistake at any point, you’ll have to start the whole thing over from day one. If you’re willing to make the commitment you will be rewarded in the end, and while it can be a little irritating it does add much more content to the game if you do take on the side quests. 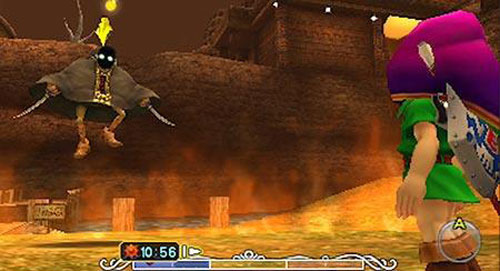 Majora’s Mask 3D is quite the upgrade to the visuals of the 15-year old game. The detailed, more colorful environments help to reflect the light-hearted tone of the Zelda series, even if Majora’s Mask is a moodier game. Frame rate drops may ensue every now and then, but only briefly. The game reuses the exact same synthesized tracks from the N64 game, and tracks remain both enjoyable and creepy. 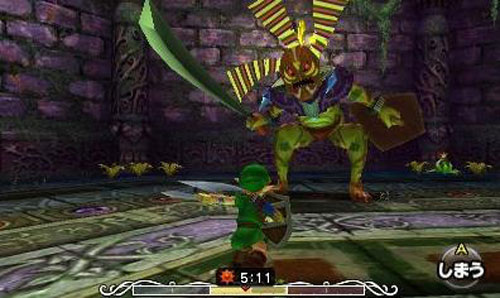 I tried to play the original Majora’s Mask a long time ago- but never made it through the swamp area at the beginning of the game due to a lack of inspiration and uncertainty with the time travel system. In reviewing this remake- I made it all the way to the end of the game and had a blast from start to finish. The point being- even though you may be uncertain about Majora’s Mask 3D, if you keep pushing through you’ll see what makes it such a highly-rated classic.

• An ancient evil has doomed the world of Termina. Can you save it in just three days?

• Together, the land of Termina and its citizens form one massive puzzle for Link™ to solve 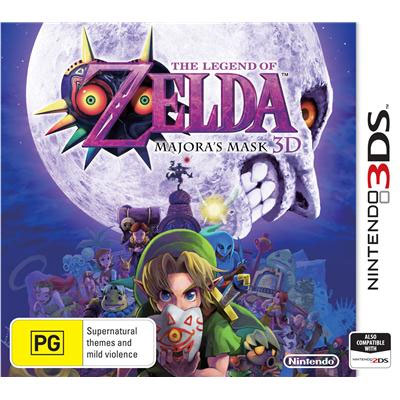